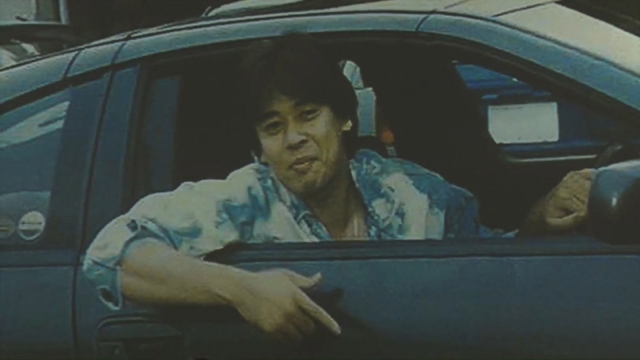 Nissan has been through a tumultuous couple of years. In November 2018 its CEO of nearly 20 years Carlos Ghosn was arrested on charges of misappropriating company funds and has since become an international fugitive. His replacement, Hiroto Saikawa, lasted less than a year before resigning over improper overcompensation. All the while, the company faced falling sales made even worse by the onset of the coronavirus. Makoto Uchida became CEO in October 2019, promising to turn the company around and rebuild the internal structure that made his predecessors’ alleged improprieties possible. It’s won’t be an easy road, but Uchida has at least one thing going for him — his first car was a Z32 Nissan Fairlady Z. 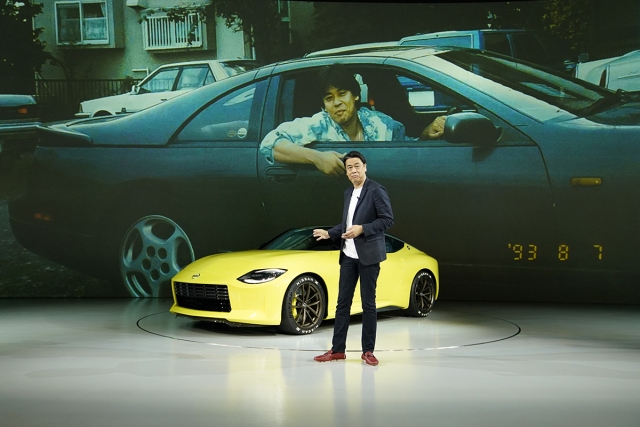 At last week’s unveiling of the new Nissan Z Proto, Uchida emerged from the seat of the Z Proto and began his speech by saying, “The Z badge has special meaning to sports car lovers, and special meaning to me because my very first car was a Fairlady Z.”

“The Z was love a first sight,” Uchida continued. “It was so cool, so desirable, and when I had driven it I felt the connection. I knew I wanted to own one.”

Then he showed a photo of his younger self, back in 1993, the proud owner of said Z. “I finally bought a Z, in gunmetal gray with a T-bar roof and of course, a manual transmission.” Uchida went on to say that he would take extra time to look at his favorite angles while polishing his car.

It is unspoken Japanese custom that if you are in a public position at a car company, you are expected to drive their cars. Ghosn, for example, faced some criticism when the papers reported on a minor traffic accident of his — not because he had collided with a motorcycle in the oncoming lane while making a U-turn, but because he was driving a Porsche 911.

However, Uchida is somewhat unusual because he’s a Japanese CEO that wasn’t company lifer. He didn’t start working at Nissan until 2003, a good 10 years after his photo with his Z32, which makes his love for his car a lot more genuine. 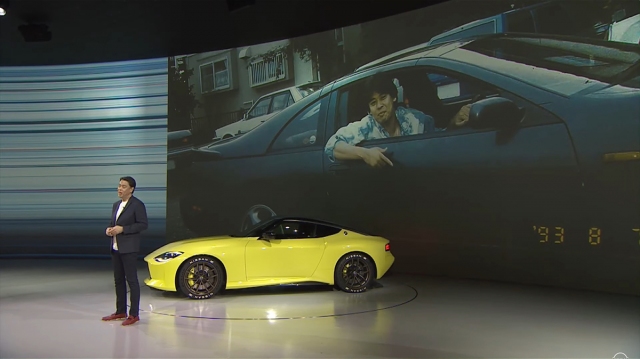 Uchida is also unusual for a Japanese car company CEO in that he is relatively young. He’s a good decade younger than his predecessors, and his counterparts at Toyota, Honda, and Mazda. He came of driving age during late 1980s, or peak Bubble Era Japan, which might explain his affection for the Z32.

What this means for Nissan we don’t know, but it’s better than having a CEO that shows no enthusiasm for the company’s products. We don’t know what Saikawa, a notoriously private man, drove. Few CEOs in Japan have talked about their first cars aside from Akio Toyoda, who owned a Corolla 1600GT. It’s a good choice, but we also know that Toyoda is the great-grandson of the company’s founder and was likely groomed for a lifetime at Toyota since the day he was born.

So, until we discover that the president of Mitsubishi had an Evo III rally car or something, Uchida will retain the crown for coolest first car-CEO combo.