It’s official. The long awaited Mazda rotary engine is making a return to the States in the MX-30. It’s not in a turbocharged sports car we have hoped for, but there’s still nothing else like the RERE — rotary engine range extender — in the automotive kingdom. We’ve written at length about why Mazda deserves praise for this. After all, they could’ve just gone with a conventional hybrid or EV setup. Instead, they’ve turned what could’ve been an otherwise unexceptional vehicle into something that carries the company heritage and is unmistakably Mazda. 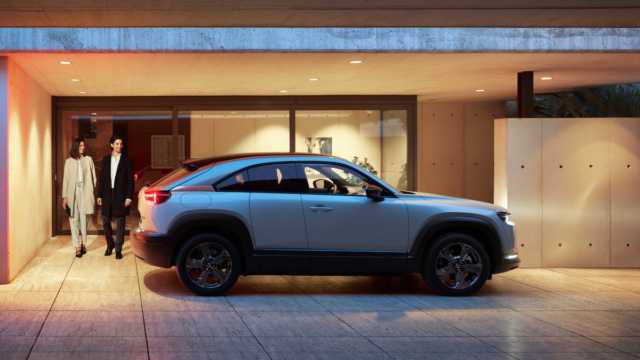 Initially, Mazda is importing only the all-electric version, generating 144 horsepower and 200 lb-ft of torque. No range was specified, but Mazda says it will be imbued wit the same SkyActiv engineering and driving dynamics aas its other offerings. If so, that’s a very good thing.

It’s also being offered in California only at first. According to Autoblog, it’ll be rolled out to other states based on customer demand in the coming years. The RERE will arrive for the 2023 model year.

As we’ve mentioned before, the MX-30 has what looks to be a very nice interior. Our favorite aspect is the use of cork on the center console and door pull, a reference to the company’s origins as a cork manufacturer over 100 years ago. 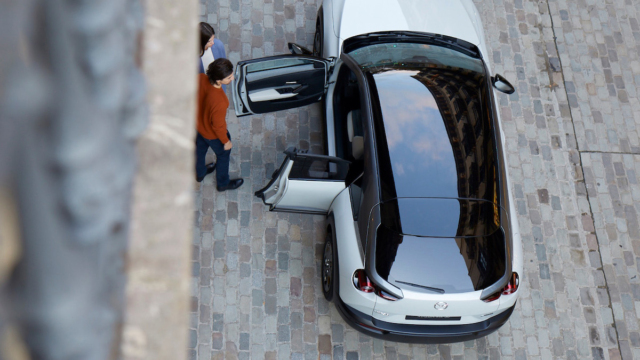 There’s also a throwback in what Mazda calls “Freestyle Doors.” Essentially they’re pillarless suicide doors, taking parlance from the RX-8. Mazda has made us consider classes of cars that we, as enthusiasts, would otherwise thumb our noses at. In fact, over the weekend the JNC staff just added our third CX-5 to our family fleets. Patrick Strong, Glenn Chiou, and myself all have them as family haulers now. The MX-30 might just be fill that void in the class of electrified cars not aimed at the ultra-rich.