The iconic Mitsubishi Fuso K201 fire engine is all but extinct 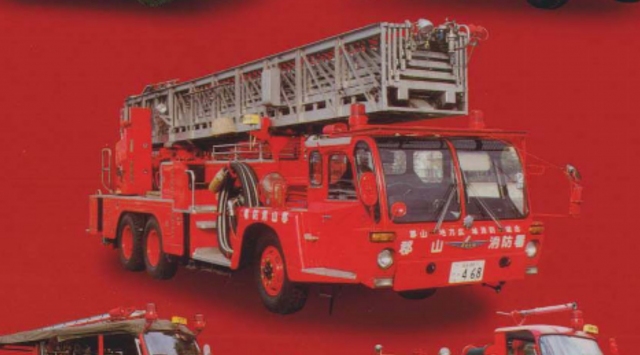 I have recently become obsessed with an iconic Japanese fire engine that is seemingly all but extinct. The Mitsubishi Fuso K201 was one of those big, ridiculous looking machines that makes kids go wide-eyed. It looked at once futuristic and prehistoric, like an otherworldly proportioned craft from Tatooine, or something the Terminator would use in a chase. Sadly, it’s almost impossible to find any information on them nowadays. 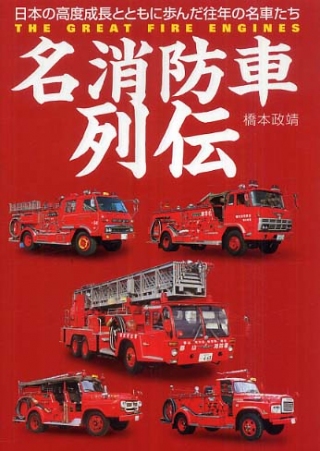 In fact, the only decent photo we could find of a K201 was on the cover of the book The  Great Fire Engines by Masayasu Hashimoto. If you google “Mitsubishi Fuso K201” at least 90 percent of the search results are of a diecast toy version.

However, according to Hashimoto, it was a poster child for Japanese fire engines of the 1970s. Introduced in 1972, it was the first 40-meter ladder truck in Japan, a response to increasing building heights in Japanese cities after the government lifted construction limits in 1963.

Until then, Japanese fire trucks had typical front-engined or cab-over-engine layouts. Comparatively, the K201 had a novel design that located the engine behind the cab, which itself hung over the front axle. Not only did that reduce the center of gravity, but made for a shorter overall height, which was necessary to fit into the low-ceilinged garages of densely packed urban areas.

Not that it was a small vehicle, by any means. It measured 391 inches long, 130 inches tall, and weighed 19.9 tons (43,872 pounds). That’s 2.2 Mitsubishi Eclipse Crosses long and two Mitsubishi Eclipse Crosses tall. The package had to accommodate a ladder that could reach as high as 40 meters, or 12 stories, at a 75-degree angle. The K201’s most distinctive feature, however, was the double-rookie cab, with a dual front windshield that curved over the roof so rescue workers could see blazes in tall buildings as they approached. 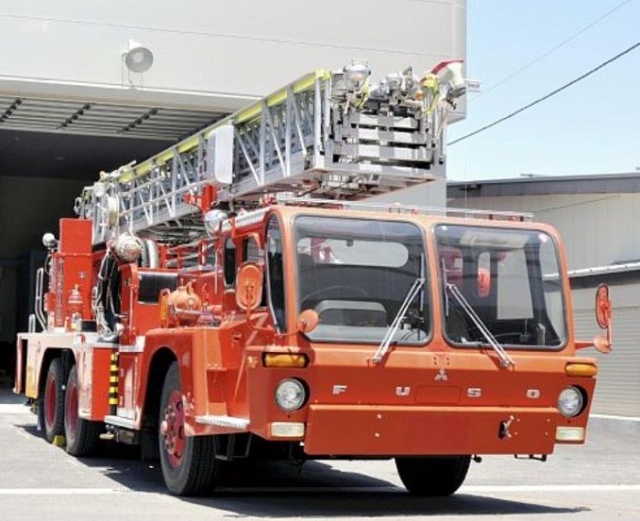 It’s a little easier to find information on the K252 than it is for the K201. The final K252 served at the Yonezawa Fire Department in Yamagata Prefecture until January 2012. It had been purchased new in 1979 and spent 32 years in service. After retirement, in July 2012, it was put was put up on a government auction site with the red light and fire department badge removed. The truck was offered with an opening bid of just ¥220,000 ($2,045 USD), but we weren’t able to determine the final sale price.

As for the earlier K201, precious little information can be found. It appears there is at least one left in Japan, sitting in a parking lot somewhere waiting to be restored. Another one, a 1973 model that served in Fukuoka City, resides at the National Transport & Toy Museum in Wanaka, New Zealand and seems to be well preserved.

For a machine described as one of the most memorable emergency vehicles of its time by the man who wrote the book on them, it’s pretty tragic that information for a toy replica is more commonplace than the real thing. If anyone has any on this unique vehicle, please let me know.