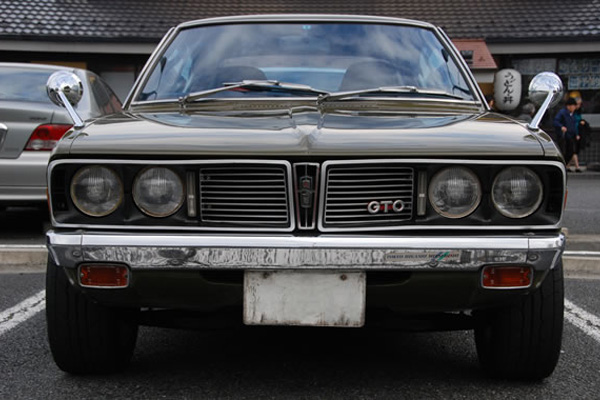 Back in 2010 Mitsubishi went around Japan looking for the most loyal members of the triple diamond clan. They sent journalist Hirohisa Kaneko across the country looking for individuals who had owned their Mitsubishis for either 10 years or 100,000km to share their stories. What he found was everything from a guy with two matching 1970s Debonairs to an elderly gent who’s had his Galant GTO GSR for 41 years.

The record holder in terms of mileage is a boarding school teacher with a 1988 Pajero (Montero) that’s clocked over 970,000km (602,730 miles). The school is located in a remote mountain region and he uses the SUV to drive students as far two hours home on weekends.

Age-wise, the champion is a retired mail carrier who’s the original owner of a 1967 Minica 360. Even Kaneko was surprised to learn that the license plate, faded from age, was actually green (like the numbers) underneath and the white “background” was painted on top. Though his family doesn’t understand why he’s kept it all these years, the owner says he’s going to keep it till the bitter end.

At the opposite end of the spectrum, there’s a farmer who put only 20,000km on his Minicab kei truck over 30 years of ownership. For a heartstring tug there’s the son who inherited his father’s 1976 Galant Sigma. There’s even a dude who owns what appears to be three Debonairs, a 3000GT, and two Hyundai-built Mitsubishi limousines, a Proudia and a Dignity.

Our favorite car is the bright orange Galant GTO MR whose owner used to rally it his younger days. Check out Mitsubishi’s 10 years/100,000km site here. Sadly, it’s all in Japanese but whether you’re the 31-year owner of a 1971 Delica van or a rally freak with a 622,000km Lancer 1600GSR, it’s a story that shows one of the lesser loved marques still has its fans.