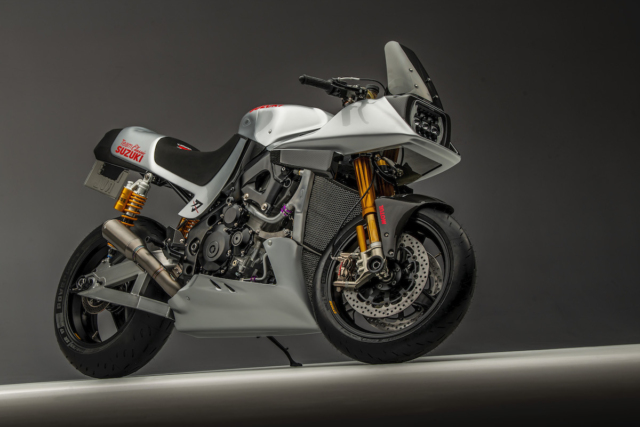 The year-long lockdown due to COVID gave all of us a lot of downtime to catch up on back burner projects. Hopefully, you used that time as wisely as Suzuki did. The company has just revealed a stunning, one-off, road-going retro Katana based on a 2008 GSX-R1000 Superbike World Championship race motor.

Introduced in 1981, the original GSX-1000S Katana put Suzuki on the world map as a superbike manufacturer. It wasn’t even sold in Japan, because the then national engine displacement limit was 750cc, but enthusiasts did find a way to import them. The futuristic design was wind tunnel tested and looked like a Transformer compared to its rivals. With an iconic name taken from the samurai’s weapon of choice, it defined a new Japanese aesthetic and became one of Suzuki’s most revered models. 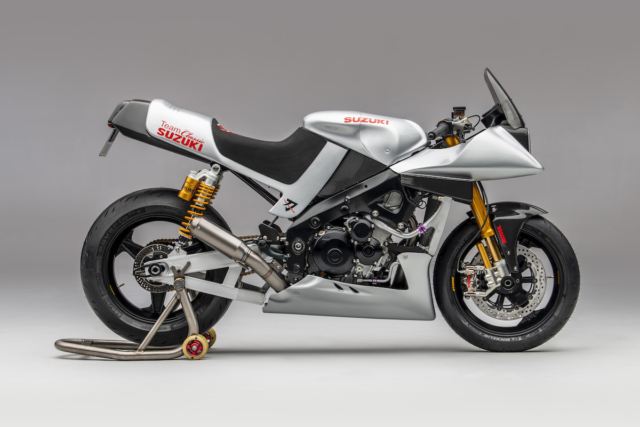 Some of the parts used to create the throwback Katana were plucked from Suzuki’s Vintage Parts Program, including the all-important nosecone that identifies the bike as a Katana. It is in fact a NOS unit, widened about in an inch for fitment. 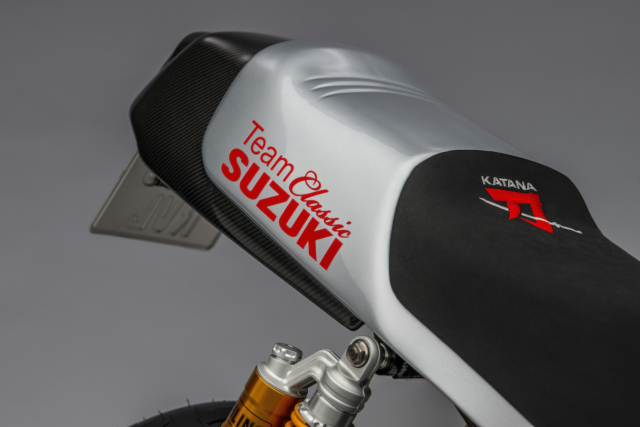 Most of the rest of the bike comes from either World Superbike race parts (like the frame, motor, and headers) or were custom built (like the oversized swingarm). Others were borrowed from Team Classic Suzuki’s beautiful XR69 replica race bikes, such as the Dymag CH3 wheels and retro-style seat. Naturally, all the logos are red and the bike is finished in silver like the catalog images of the original Katana. 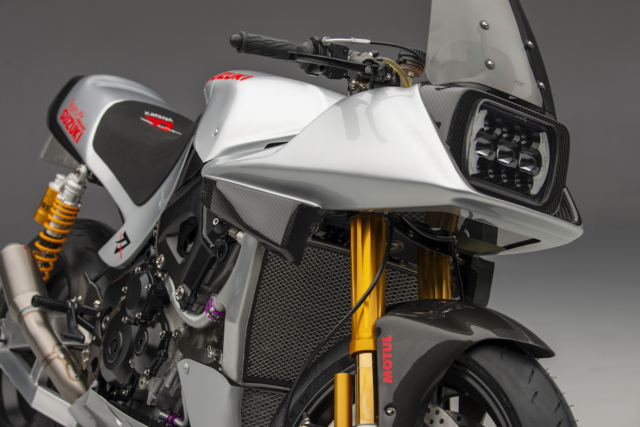 Some modern technology help bring the 200-rwhp bike into modern times, like an LED headlight shaped like the original’s square sealed beam. At the rear, the squared-off seat mimics the shape of the original’s blocky taillight, but the actual taillight is now a thin LED strip just above the license plate. 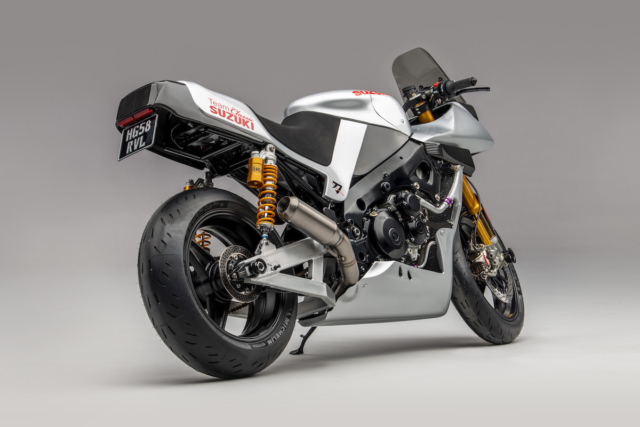 Sadly, this is just a one-off built to promote Team Classic Suzuki. It’s not even the first Katana they’ve built, but it’s the first inspired by the original road bikes. It’s also a way to promote Suzuki’s vintage parts program, a very worthy cause. 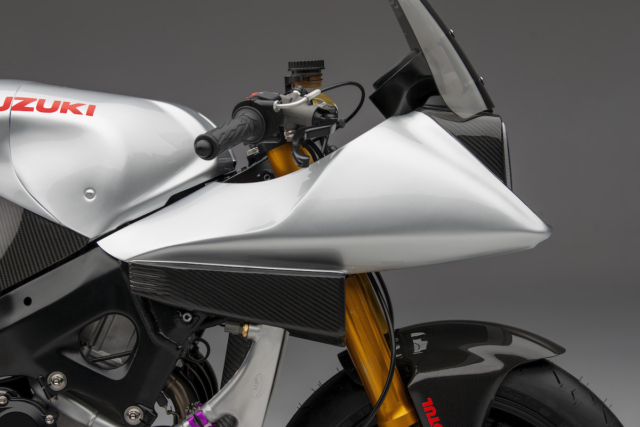 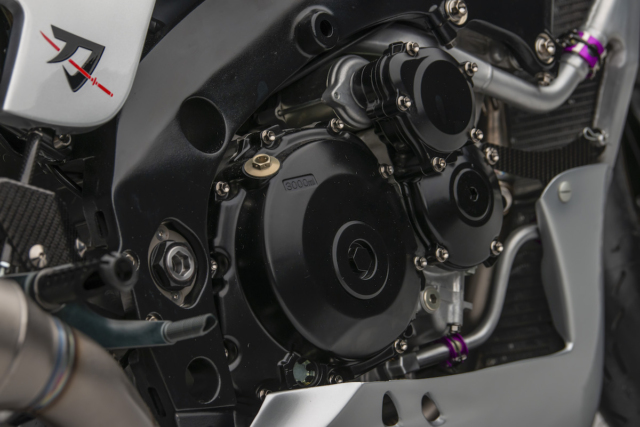 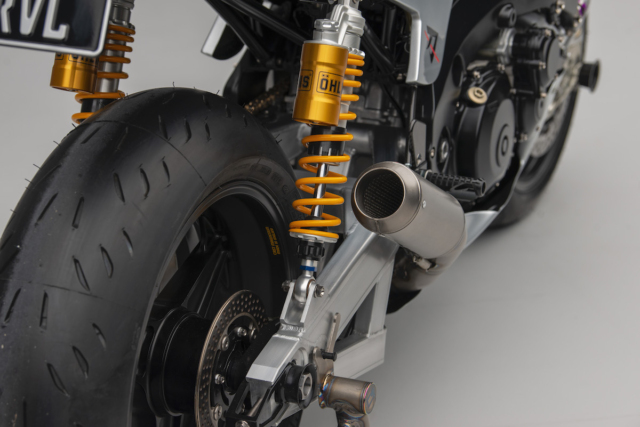 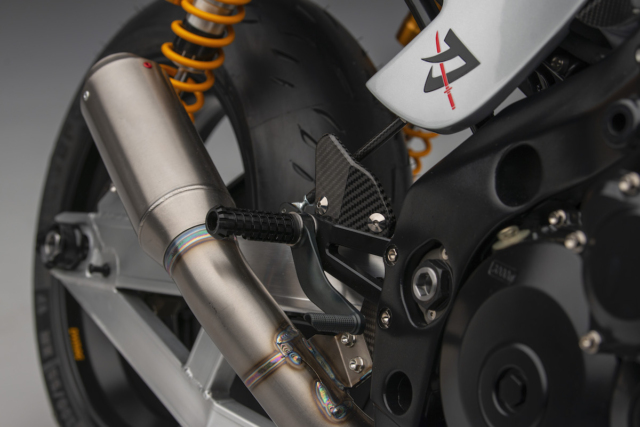 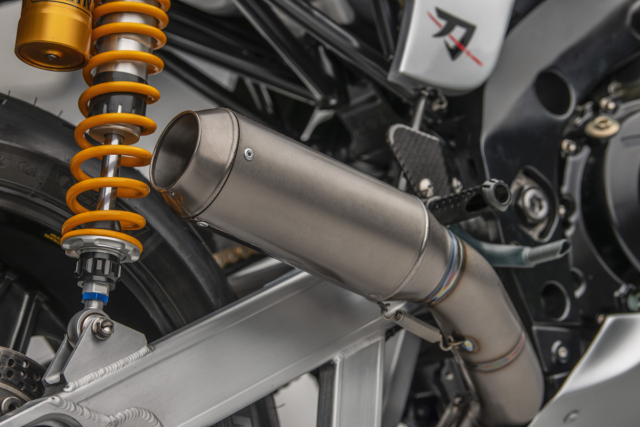