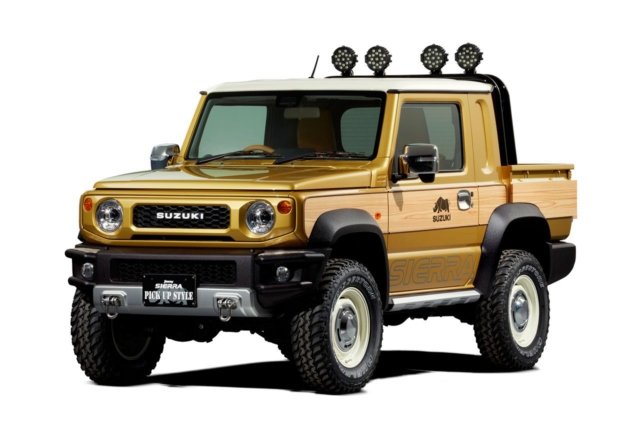 Suzuki has revealed some of its concepts for the upcoming Tokyo Auto Salon, and the most intriguing one is a new take on the just-released Jimny that came out earlier this year. Based on the flared-fender, 1.o-liter version, the retro-look Jimny Sierra Pick Up Style looks like a shrunken J75 Land Cruiser pickup. 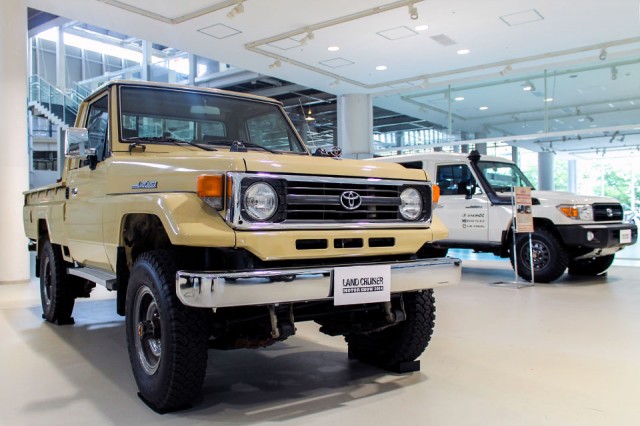 Gone is the Jimny’s vertical slate grille, replaced instead with Land Cruiser-esque rectangle. Furthermore, there’s a white roof and matching cream wheels with dog-dish hubcaps reminiscent of the FJ40 Cruisers. Even the color seems like it was selected specifically to invoke Toyota’s stalwart SUVs. 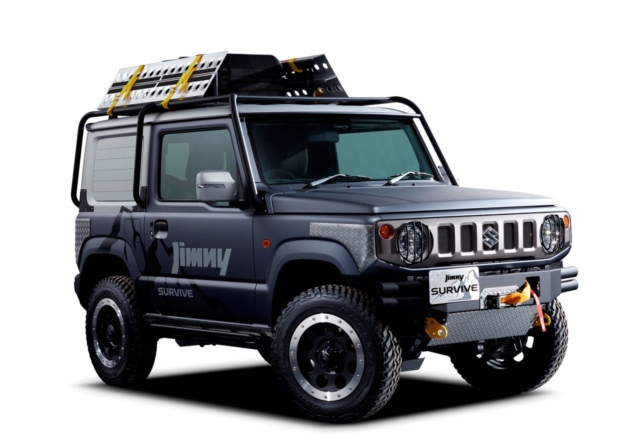 Another Suzuki concept scheduled to debut at the Auto Salon is the apocalypse-ready Jimny Survive. It comes with an external roll cage, shorter steel bumpers replacing the old ones (for better approach and departure angles), diamond-plate bodywork, and bead-lock rims. Because these are true SUVs and not crossovers despite their diminutive size, either one makes for some of the most compelling off-roaders around.