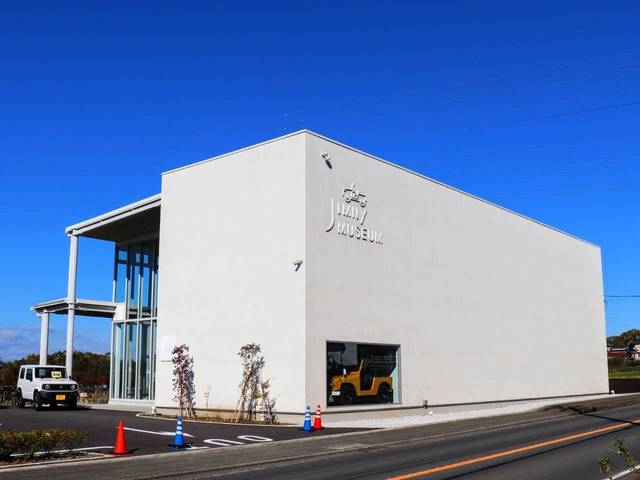 The Jimny Museum in Japan was not officially established by Suzuki. Instead, the two story shrine to the country’s favorite mini 4WD truck was the obsession of one 72-year-old man, Shigeru Onoue, who has devoted his life to this single model. 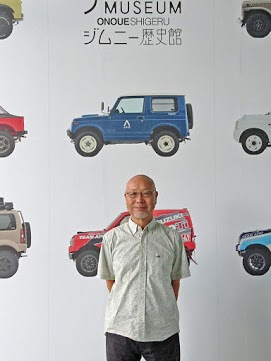 Onoue is the founder of Apio, one of Japan’s premier Jimny aftermarket parts specialists, and a godfather of the country’s Jimny community. Onoue bought his first Jimny in 1981, eleven years after Suzuki’s small body-on-frame off-roader debuted. He modified it by adding custom leaf springs, which gave it a more comfortable ride. Soon, word of his setup spread, and he founded his company to create Jimny modification parts. After decades of supporting a dedicated tribe of Jimny owners, about 20 years ago Onoue decided he wanted to open a museum dedicated to the vehicle he loves so much. In August 2018, that dream was realized.

The museum is located in Yoda, Fujisawa in Kanagawa Prefecture, about 90 minutes southwest of Tokyo. It houses approximately 30 cars in its 7,105 square-foot space (which, in square meters, happens to be 660, the displacement limit in cubic centimeters of kei-class vehicles like the Jimny). 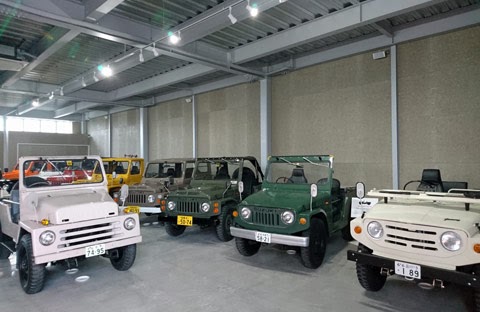 Upon entering the facility, visitors are greeted by a HopeStar Type ON 4WD (left), the predecessor to the original Jimny. The Hope Motor Company had developed the car using a Mitsubishi 360cc engine, the same motor that powered the Minica kei car (which the museum also has an example of). Osamu Suzuki, chairman of Suzuki Tokyo at the time, bought the rights to the HopeStar, some say for as little as ¥12 million (equal to about USD $440,000 today). By some accounts, only 18 HopeStar Type-ON 4WDs were built, 15 with Mitsubishi engines and three with Suzuki engines, making this an extremely rare specimen. 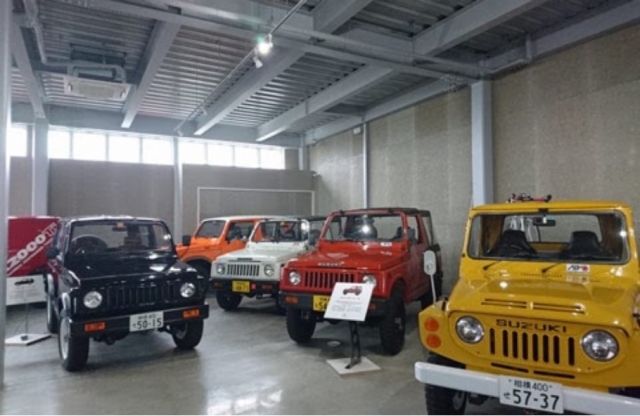 Beside it, a chronological evolution of the Jimny, starting from a white LJ10-series before moving onto LJ, SJ, and second-generation SJ30 models. 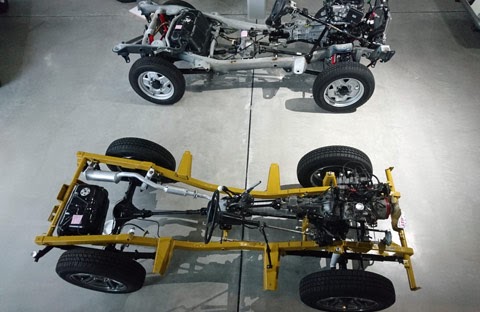 A pair of chassis show what the Jimny looks like under its skin, showing off real 4WD hardware like ladder frames, low-range 4WD system and solid axles front and rear. 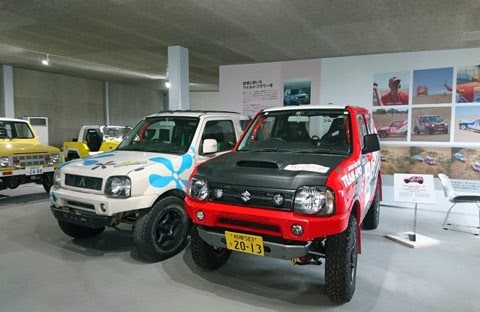 The second level has newer Jimnys, including Onoue’s own JB23W in which he competed in the Mongolian Rally three times. It’s a showcase of Apio equipment, and won its class in the rally in 2014. Onoue is an experienced rally racer, and has competed seven times in the Australian Safari Rally and nine times in the Paris-Dakar. 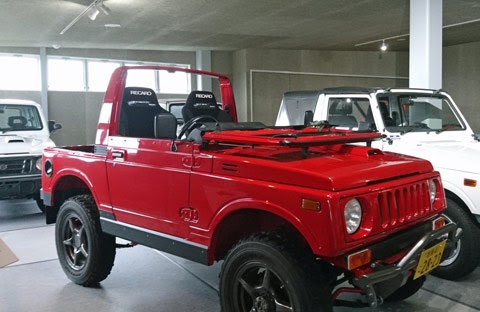 Onoue’s favorite car is a red “half-door” model inspired by the a similar configuration on the SJ30, but built on a modified JA11 chassis. The new Jimny is one of the most beloved modern Japanese cars on the market, so it’s great to see Onoue-san’s museum there to show how it came to be.

The Jimny Museum is open from Thursday to Sunday each week and closed on holidays. The closest train station is Shonandai Station, about 15 minutes away by car. Admission is ¥1,000 (USD $10).

Images courtesy of the Jimny Museum

4 Responses to COLLECTIONS: By opening the Jimny Museum, Shigeru Onoue achieved his dream