Suzuki’s retro concept revives the dream of the Pulsar EXA 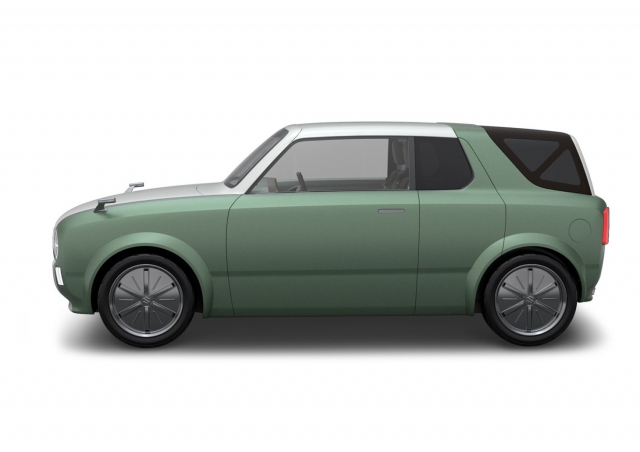 Suzuki has released images of its upcoming concepts for the Tokyo Motor Show, and they are pretty much bonkers. The most interesting one to JNCers will no doubt be the WakuSpo Concept, a small retro car that picks up where the Nissan Pulsar EXA left off. It’s a call-back to Japan’s whimsical Bubble Era aspirations, and Suzuki should build this car immediately. 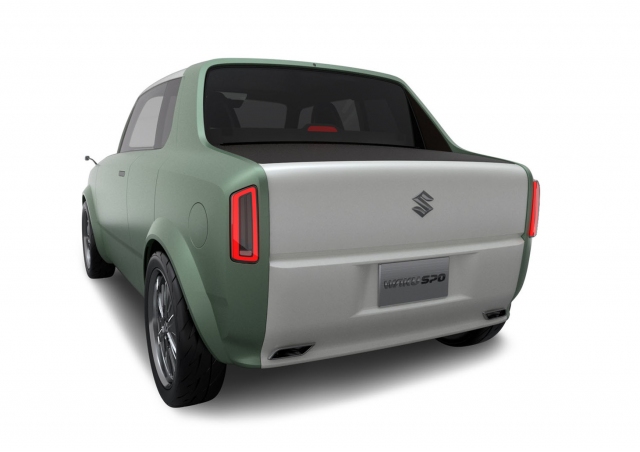 Suzuki has given little information about the WakuSpo Concept (translation: Exciting Sports Concept), but the A-segment compact’s party trick is that it can transform from a notchback sedan with Mazda RX-8 pillarless suicide doors to a wagon. It’s the same idea as that of the 1986-90 Nissan Pulsar EXA, which transformed from a coupe body to a shooting brake-style wagon, though it required two physically unwieldy body structures to be swapped. 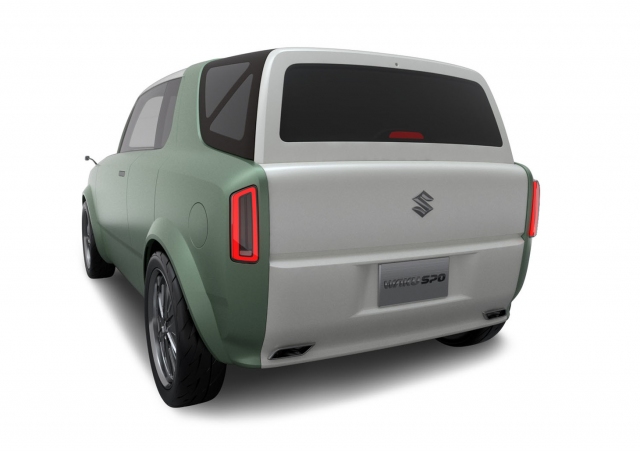 According to the limited information Suzuki released, the transformation occurs with the pressing of something called the “Exciting Switch.” In fact, the theme of all the cars at the Suzuki stand this year is “WAKU WAKU SWITCH for EVERYONE: Excitement for you, excitement for everyone.” Waku Waku, of course, is the onomatopoeia for the sound your heart makes when excited. 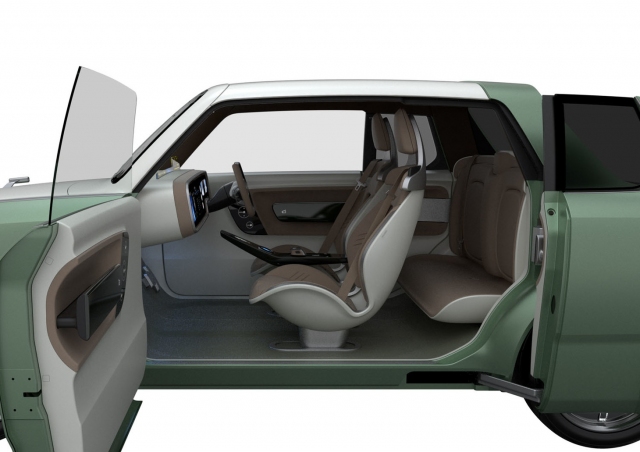 “With this one car,” Suzuki declares, “The family can share fun and excitement across generations, for daily use as well as for pleasure.” There is no exclamation point at the end of that sentence, but there should be.

From the front, the round headlights and simple elegance evince the style of a 1970s Japanese coupe. There’s even fender-mounted rear view cameras that hearken back to wing mirrors of chrome. Also, the two-tone paint job reminds us of another recent retro concept that was unveiled at the Tokyo Motor Show but sadly killed before it could be built.

The switch also changes the grille, which is actually an LED display. Inside, the instrument panel can morph as well, projecting a faux wood finish in what we can only assume is called unexciting mode. 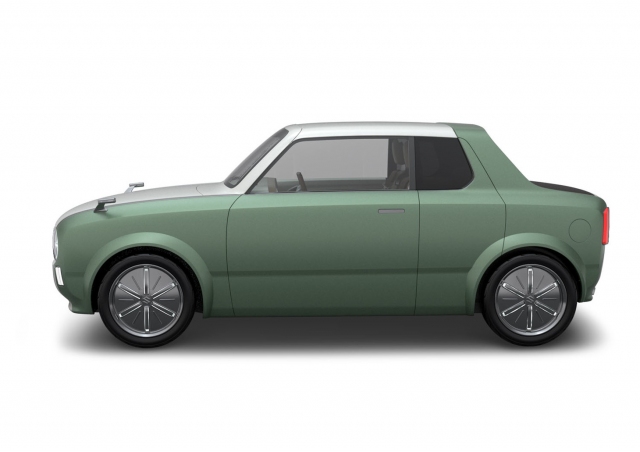 It’s probably no small coincidence that the car has similar lines to the 1983 Suzuki Mighty Boy. Whereas that car had a 550cc kei-spec inline-three, the WakuSpo Concept is a plug-in hybrid-electric and is all-wheel-drive. It’s a bizarre and amazing concept, but honestly, even without the metamorphosizing rear end, the basic design is stylish enough to be produced as a cool throwback runabout. 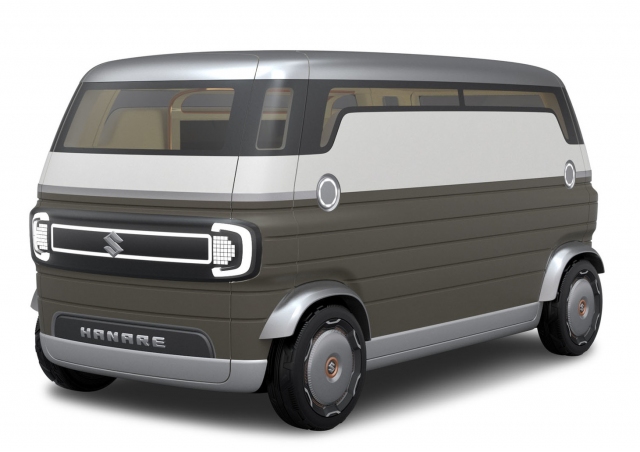 Other concepts in Suzuki’s lineup include a the Hanare van, an autonomous “room on wheels.” There is no steering wheel, which allows for a variety of lounging options when inside the van.

Comfy-looking couches dominate the interior, which also comes nicely appointed with hardwood floors and a giant gullwing door. The symmetrical exterior is reminiscent of the 1969-72 Suzuki Carry. 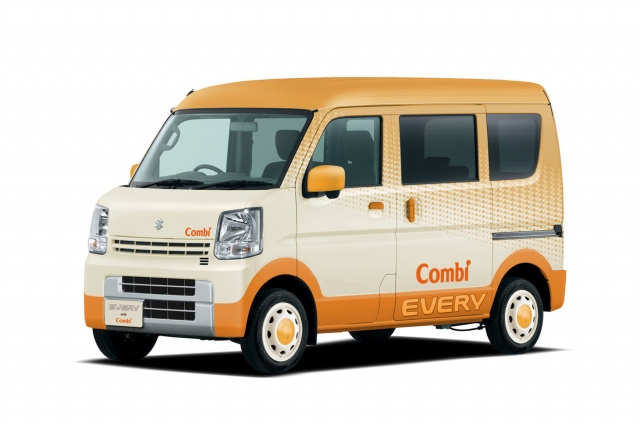 Other concepts will include two versions of the the Hustler Concept, one standard and one a bit more rugged-looking. The blue and orange concepts appear to be close-to-production versions of the next-generation Hustler. Rounding out the exhibit will be a Suzuki Every built in collaboration with Japanese baby product company Combi. it’s not clear what trick, baby-friendly features it might have. 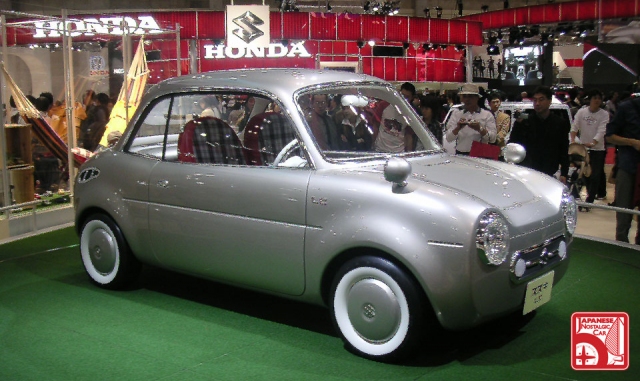 This wouldn’t be the first time Suzuki showed a retro concept at the Tokyo Motor Show. In 2005, they showed the LC Concept, inspired by the LC10 Suzuki Fronte kei car. Sadly, it never saw the light of mass production, but there is still hope for the WakuSpo yet.