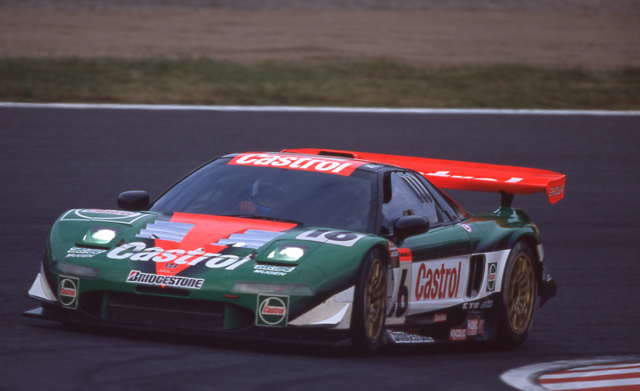 Suzuka Circuit is celebrating its 60th anniversary this year and still going strong as one of Japan’s premier tracks. Later this month, Round 3 of the 2022 SuperGT Championships will be held at there. To celebrate its birthday, Suzuka is bringing back three legendary racers from the JGTC heyday to run its 3.6 miles of twists and turns.

Representing Honda will be the No.16 Castrol-Mugen NSX, which took the JGTC championship in 2000. Developed by Honda, Dome, and Mugen, the NSX was the sole rear-mid-engined competitor in the series. Its swoopy bodywork, matched with underbody tunnels and diffusers, gave it tremendous downforce and a leg up against its front-midship rivals. For 2000, it ran a new, more compact gearbox to further center the car’s weight.

However, it was the team’s strategy that nabbed it the 2000 championship. Rather than trying to be the fastest car on the track, they focused on points accumulation. And since JGTC added weight handicaps depending on performance, the strategy paid off. Driver Ryo Michigami (first partnered with Osamu Nakako, then Hidetoshi Mitsusada) didn’t win a single race that year but accumulated enough points (with four second place finishes) to claim the overall championship, giving Honda its first championship since the NSX began competing in 1997.

Toyota began campaigning the Supra right at the start of JGTC in 1994. Initially it was a modified Group A car, but TRD quickly brought a GT500-class race car to fruition in time for the last two rounds of the season. Unlike the 2JZ-GTE straight-six engined road car, the racer ran a four-cylinder 3S-GTE. The compact size allowed the engine to sit behind the front axle for a true front-midship layout. The suspension, meanwhile, was borrowed from Toyota’s Group C TS010.

The Supra won both the Drivers’ and Teams’ championship in the first season of true GT500 competition between Japan’s major carmakers, 1997 (previously, Honda had not yet joined). In 2001 Hironori Takeuchi and Yuji Tachikawa took Drivers’ Championship for Toyota, and in 2002 Juichi Wakisaka and Akira Iida repeated the feat in the No.6 Esso Ultraflo Supra. Wakisaka went on to capture two more championships for Toyota in a Lexus SC430, but when he was looking for a collector car to restore and preserve, he went with an A80 Supra.

Nissan will be bringing out its 2004 champion, the No.1 Xanavi-NISMO Fairlady Z. While the Skyline GT-R claimed the championship many times and is probably the more famous of Nissan’s JGTC cars, the presence of the Z is likely to help promote the new Z that’s coming out soon. Since the R34 was discontinued in 2002, Nissan replaced its GT-R-based GT500 cars with the Z in 2004, a scene repeated this year in Super GT.

The Z had already competed in GT300 alongside the GT-R, but moving up to the GT500 class meant the body had to be redesigned for more downforce. It inherited the VQ30DETT and rear transaxle layout from the previous year’s GT-R (no, the GT-R didn’t run a straight-six either), which had won both the Drivers’ and Teams’ Championships at the hands of Satoshi Motoyama and Michael Krumm. The Z clinched the trophy again in 2004 with Motoyama and Richard Lyons. 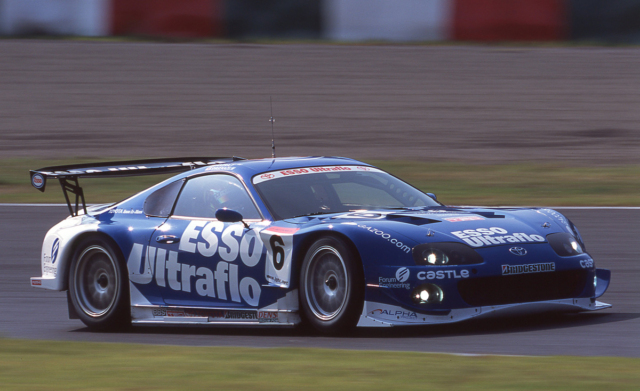 Along with the three cars from JGTC’s major players, the Suzuka event will bring back the drivers that got them to the finish line. Ryo Michigami, Juichi Wakisaka, and Satoshi Motoyama will be reunited with the NSX, Supra, and Z, respectively, to take the cars back out on the track and host a panel about their experiences from the golden age of JGTC. [UPDATE: The Supra will be display-only, as it was found to need servicing during prep.] Round 3 of the SuperGT Championships takes place May 28-29 at Suzuka Circuit.