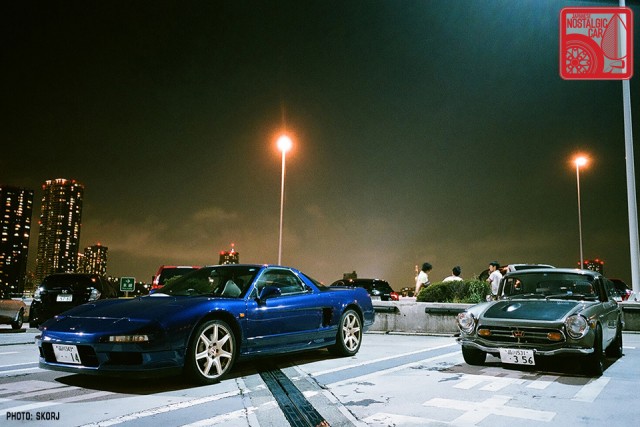 The O-Bon is an annual festival that honors the souls of one’s ancestors. Many Tokyoites head to their hometowns to visit the graves of their forebearers, leaving the city strangely free of its dreaded logjam traffic. In other words, it’s the perfect time to go for a drive. With the start of O-bon, I took a recent Thursday off with the intention of squeezing in a few errands and a little bit of kyuusha time. 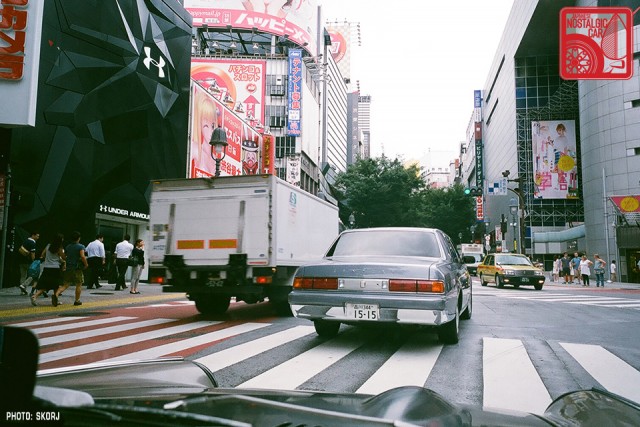 Starting in Shibuya, I grabbed my camera, warmed up the S800, and took a leisurely drive across Tokyo for lunch with a friend. Through the middle of Shibuya crossing I followed my favorite color Century. With most being black, the occasional gray and the even rarer dark blue make for an interesting change. 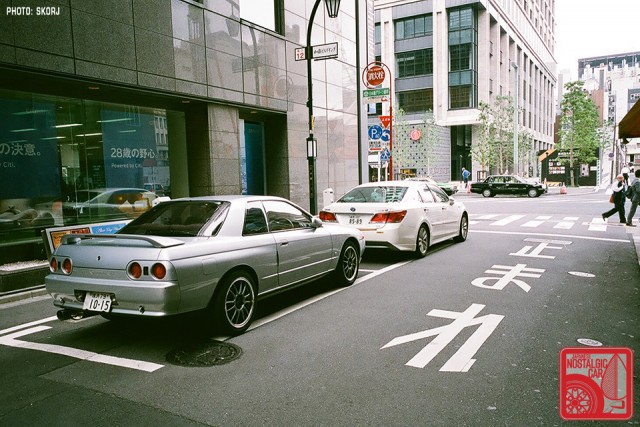 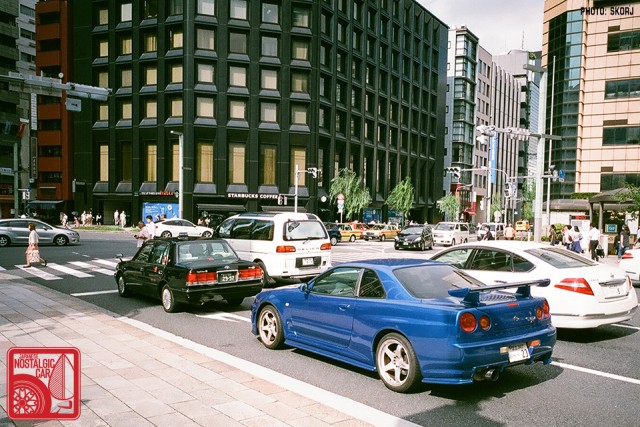 Among the suits and formal kimono of the lunchtime crowds in Nihonbashi, an elderly gent emerged from his silver R32 Skyline GT. On original Yokohama plates, it was likely he had owned it since new, fitting some appropriately oversized alloys along the way. A short time later a full-blown R34 Skyline GT-R in classic Bayside Blue burbled past sedately. 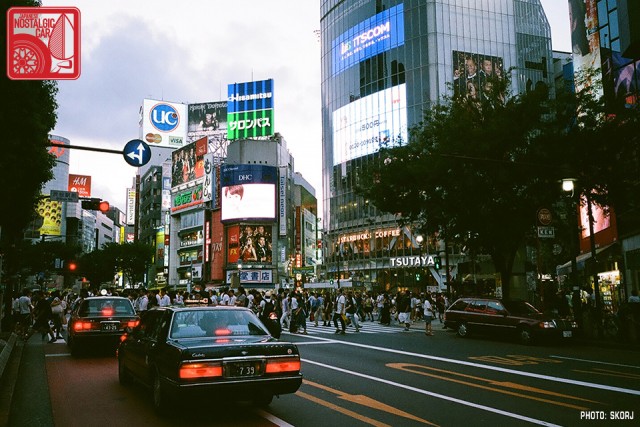 As the sun went down I fought my way through the taxis and early evening dinner crowds of Shibuya on the way to the entrance to the Shuto. The metropolitan expressway had ben totally cleared out by the mass O-bon exodus, and I had both the C1 circuit out of Shibuya and the connection to the Wangan over the Rainbow Bridge empty for me and the screaming 10,000 rpm Honda. 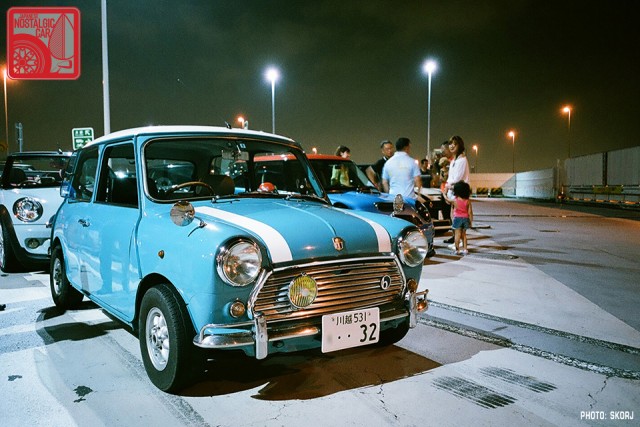 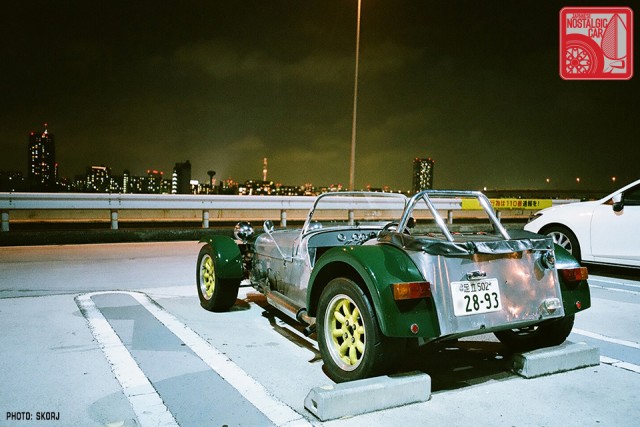 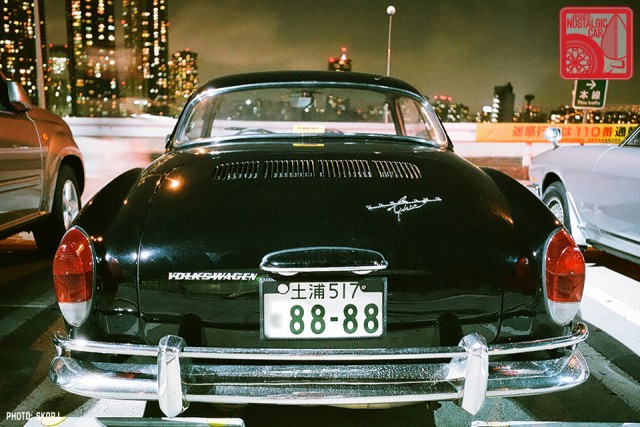 I was meeting a friend and his Alfa for a cold can of coffee at Tatsumi PA, an elevated rest stop on the Wangan Route just outside of the main Shuto-ko C1 loop. This Thursday had been chosen as the official meeting time of a loose collection of Mini drivers, with over 20 parked in the area usually reserved for sleeping truck drivers. A Caterham 7 and a Fuchs-equipped Karmann Ghia added to the varied mix. 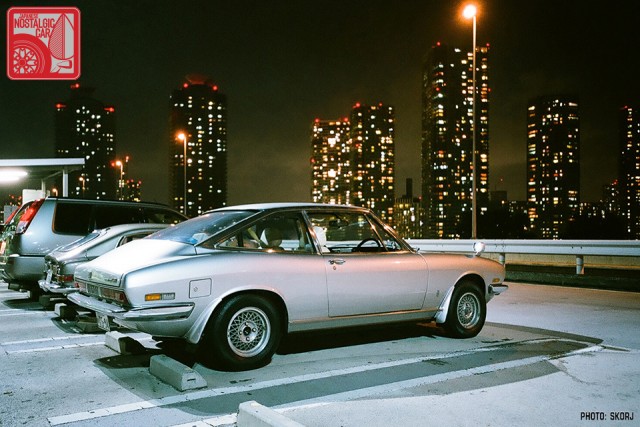 A late model Series 3 Isuzu 117 Coupe made a period match to my twin-cammed Honda, until the driver finished his cigarette to motor off slowly into the night. By his indifference to the other cars there, he was perhaps just passing through on the way home from work to Harumi. 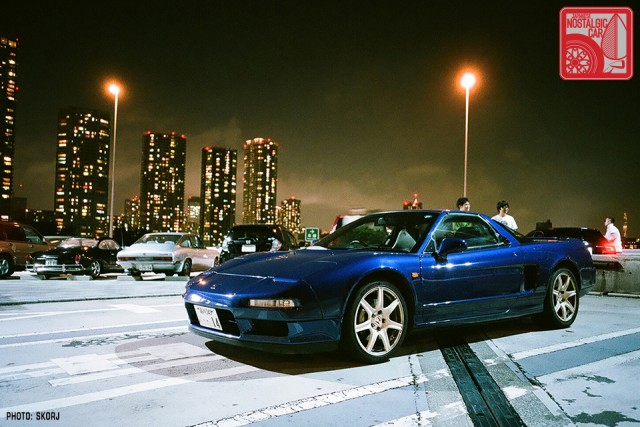 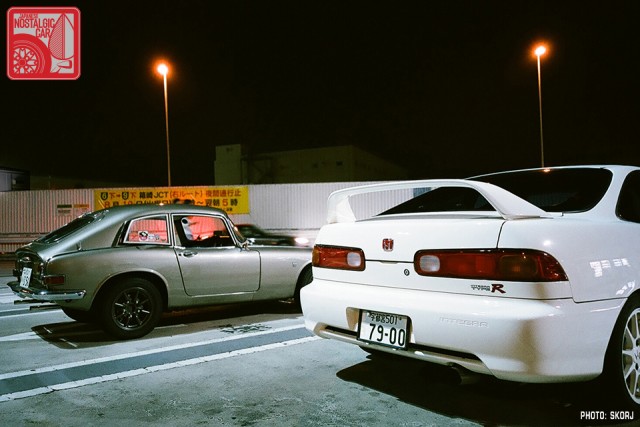 While the Alfa driver and I enjoyed the cool sea breeze and the view back into Tokyo, a pristine un-modifed Integra Type-R and a glorious sounding NSX both made appropriate Honda sports photo ops with my S800. 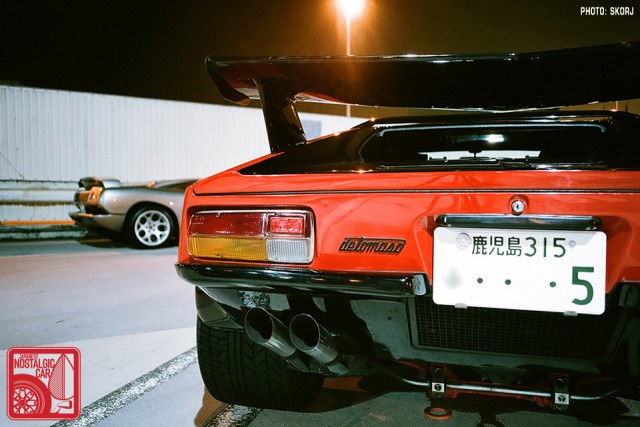 To round out the night, a photography crew arrived hanging out the back of their VW Touareg with a Lamborghini Diablo and DeTomaso Pantera in tow. Changing their lenses, grabbing a quick smoke, they quickly left in a cacophony of wild sounds. 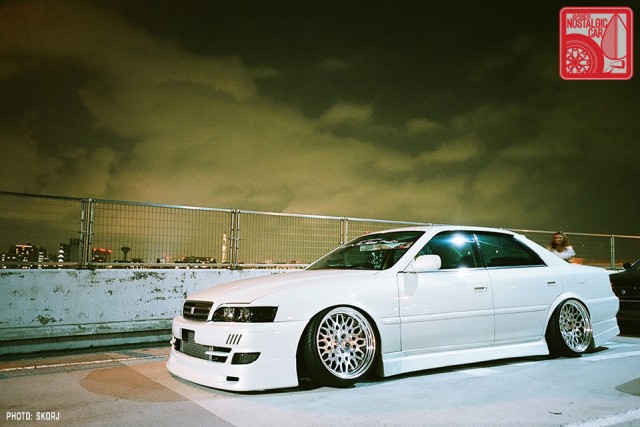 With their departure, we were left alone with the rumbling of the passing trucks. That was soon replaced by the noise of fenders scraping, and air bag suspensions hissing as a group of stance fiends arrived, led by a white Chaser. For the car buffs of Tokyo, rest areas like Tatsumi are your ancestral grounds.

13 Responses to NIHON LIFE: Summer Evening on the Wangan