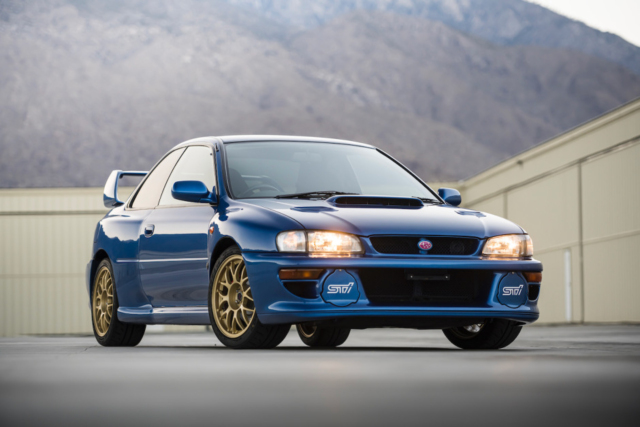 The pristine example was imported stateside last year, under a “show or display” exemption; a purgatory state until the chassis becomes 25 years old and able to be driven legally on public roads. The car is #156 of the 424 produced, is finished its iconic World Rally Blue, and is the ultimate expression of the GC chassis. The 22B was a homologation special built in 1998 to commemorate three consecutive WRC titles and Subaru’s 40th anniversary. WRC DNA trickled in as the 22B was imbued with bespoke bodywork such as a vented aluminum hood with enlarged scoop, widebody fenders, and a fully adjustable rear wing. Just as special as the bespoke aluminum hood, was what was underneath it. High-flow cylinder heads massaged 280 horses from its EJ22G block, which was bored to 2.2-liters.

The cabin is exactly how it left the factory in 1998, still proudly displaying its serial number amidst a sea of Subaru’s signature blue alcantara. The seats bolsters show zero wear and neither do the matching door panels. White faced gauges sit behind a matching stitched shift knob and Nardi steering wheel.

The engine compartment shows no modifications, save for the ones performed by the madmen at Subaru Technica International. All the clips and bolts for the hood scoop system are shown to be intact along with all inspection stickers. 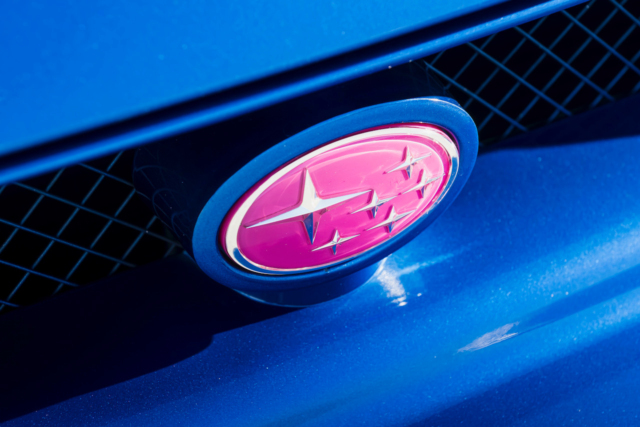 In 2019, the car was immortalized in Hot Wheels form by Ryu Asada. Soon after, a 271-mile absolute cream puff example sold last year for more than $370,000. This driven but well-kept example sold for approximately $312,555. Interestingly, the last three digits having historical significance for the model. Subaru’s sponsorship deal with State Express 555, is responsible for the iconic yellow-on-blue Subaru WRC Imprezas of yore. Just as it was made to do, the 22B keeps climbing, and nothing can stop it.