Subaru celebrates the 50th Anniversary of the Sambar 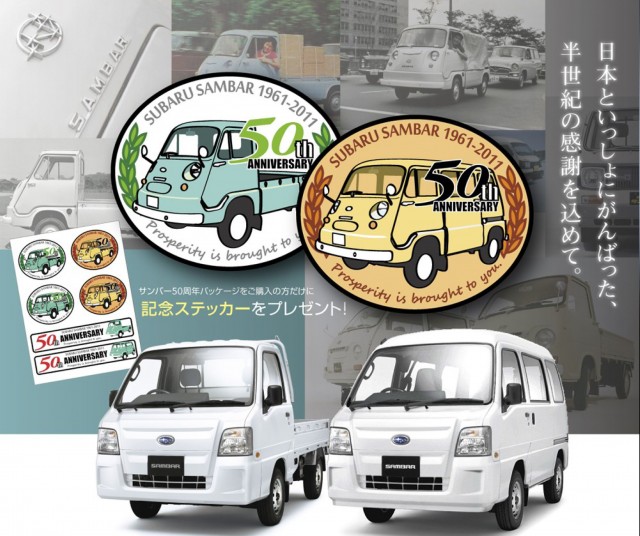 It’s not fast, luxurious or particularly sexy, but the Subaru Sambar is a key part of Japan’s automotive history and one of its first kei trucks. If you’ve ever set foot in Japan you’ll know these little breadboxes are everywhere, scooting down impossibly narrow streets that would beach your average UPS truck at the first turn. The Sambar debuted in October 1961, and Fuji Heavy Industries is commemorating its 50th anniversary. 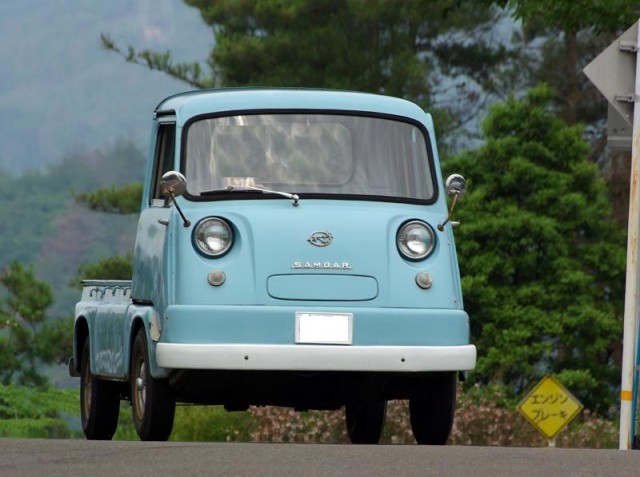 The original Sambar was built to qualify for government tax breaks on vehicles of 360cc displacement or less. Underpinnings were largely shared with the famed Subaru 360, and its rear-mounted engine lent it the nickname “Farm Road Porsche.” The iron giant visage also gave first-gens the nickname “kuchibiru Sambar” (lip Sambar) because of its jutting sheetmetal underbite. Like the 360, its doors open in awesome suicide fashion. 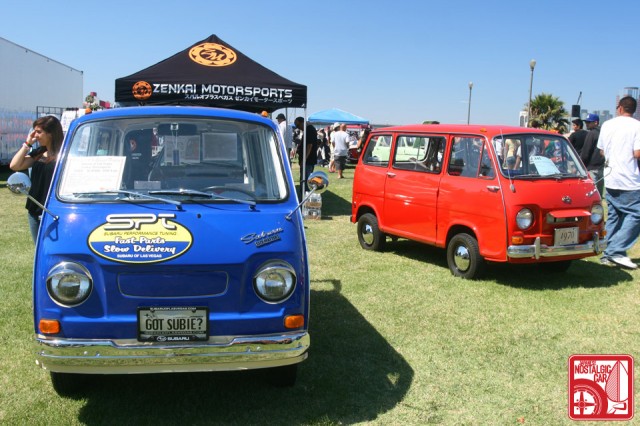 The rear-engine, RWD layout necessitated a four-wheel independent suspension, giving the Sambar an exceptional ride for a delivery vehicle. A popular selling point was that during deliveries your “glass won’t crack” and your “tofu won’t collapse.” Believe it or not, a few LHD second-gens (shown above at JCCS) were imported to the US as the Subaru 360 Van by Malcolm Bricklin. 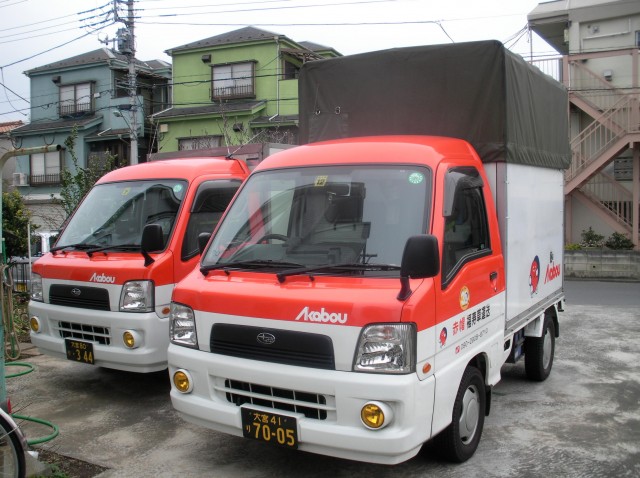 Like the Subaru 360, the Sambar was a huge hit for Fuji Heavy. Even today, one of Japan’s most well-known delivery companies, Akabou, has an exclusive deal with Subaru. Their specially built units have a slightly higher power rating than ones available to the common man, and the red-and-white paint scheme is as familiar a sight on Japanese streets as brown UPS trucks in America. 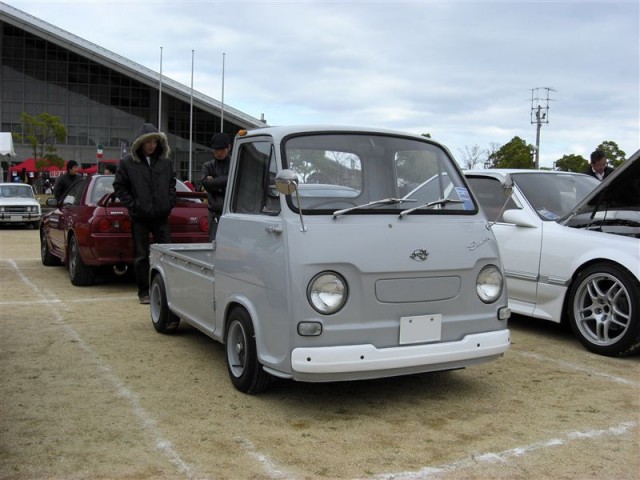 Mostly though, classic Sambars are fondly recalled in Japan as a symbol of nostalgia. In one of the background photos of Subaru’s collage above you can see it cruising with an S30 Toyopet Crown and Nissan Cedric 1900. Shocking as it may seem to rally nuts and STI tuner kids, it’s the humble little Sambar that’s Fuji Heavy’s longest running nameplate, with half a century of continuous production. Oh, and they make a pretty sweet supercharged camper too.

11 Responses to Subaru celebrates the 50th Anniversary of the Sambar