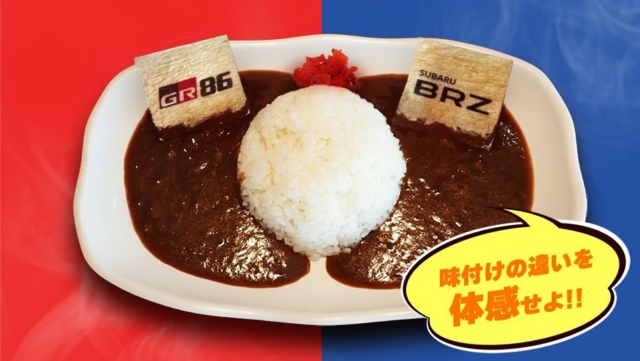 As one of the few surviving lightweight, rear-wheel-drive sports coupes left in existence, there is obviously a lot of interest in the Toyota GR86 and Subaru BRZ. Which one should you get, though? The specific differences between the Toyobaru twins have been hard to pinpoint, especially when it comes to driving feel. In Japan, however, there’s a new curry dish to help you make your pick, with different flavors to represent each car. So as we sit down this week to stuff our gullets with Thanksgiving meals, let us take a moment to consider the subtle contrasts between the GR86 and BRZ.

Before we get started, though, let’s talk about Japanese curry.  If you haven’t had it yet, you’re missing out. What is essentially brown sauce with rice and sometimes meat or vegetables is not considered a high end dining experience. But it is as much of a staple in Japan’s national diet as sushi is, served in the school cafeteria and military mess hall alike, and is considered a quick and easy comfort food. There are additionally dozens of local varieties hailing from various prefectures. 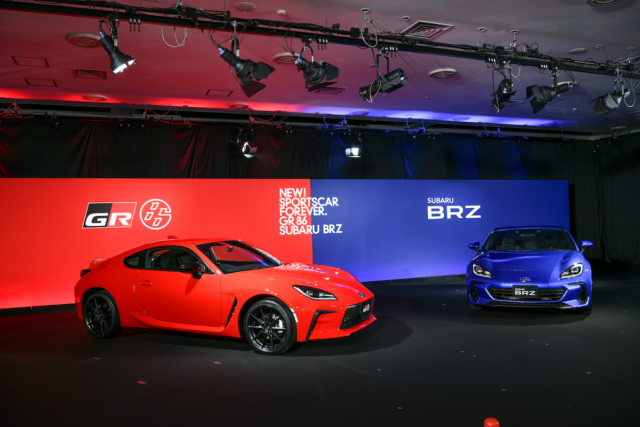 Minor differences are what Japanese cuisine is all about, and can determine what is a $1 piece of fish versus a $3 million bluefin tuna. As anyone who has tried to describe to a non-car person why a Miata handles better than their Kia Soul can attest to, something as crude as words simply don’t have enough nuance to illustrate the complexities of the driving experience. That is why curry is probably in fact the best tool with which to explain how the GR86 and BRZ diverge. 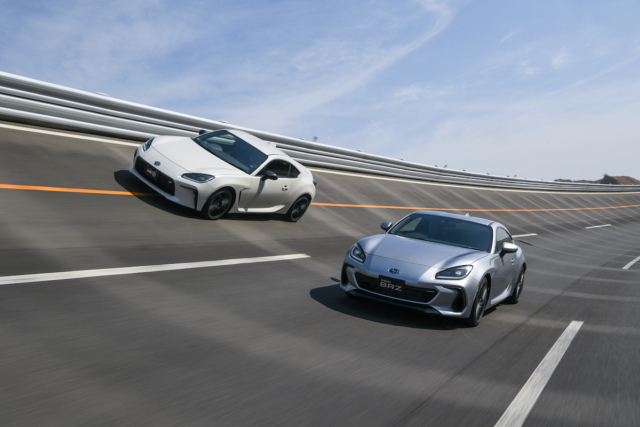 The GR86 x BRZ curry was developed for the “Fuji 86 Style with BRZ” owners’ meet at Fuji Speedway that took place over the weekend. Orders are served on a red and blue tray depicting both cars, with the 86 curry on one side, the BRZ curry on the other. The idea, according to Response‘s interview with the marketing representatives from Toyota and Subaru, was borne from a meal at the cafeteria in the Ohta, Gunma factory where the GR86 and BRZ are built.

So how do they taste? Apparently, they use the same base, but the GR86 curry is sharper and spicier. Meanwhile, the BRZ curry has a sweeter and richer flavor. The point, the marketers say, is that both are delicious even if they have different seasoning. 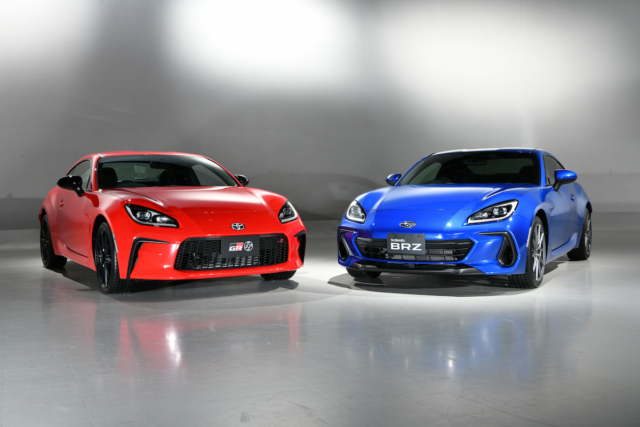 Similarly, the actual GR86 and BRZ each have small differences, mostly in the suspension. The GR86, for example, has cast iron knuckles to connect the struts to the front wheel hubs, while the BRZ uses aluminum ones. The GR86 has a 7 percent lower front spring rate and an 11 percent higher rear spring rate, and the damper settings are tuned to complement the change. The GR86 uses a solid 18 mm front sway bar, while the BRZ has a hollow 18.3 mm unit. 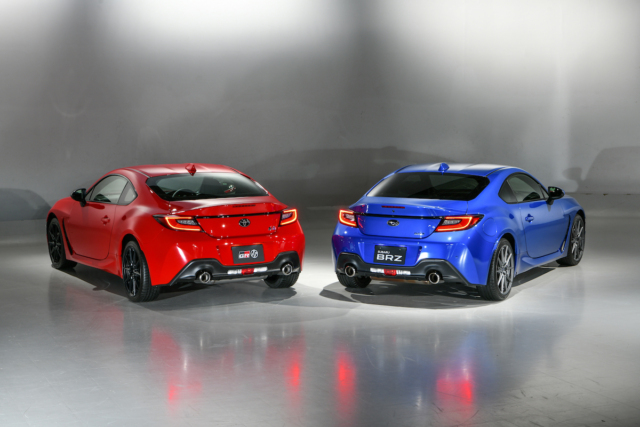 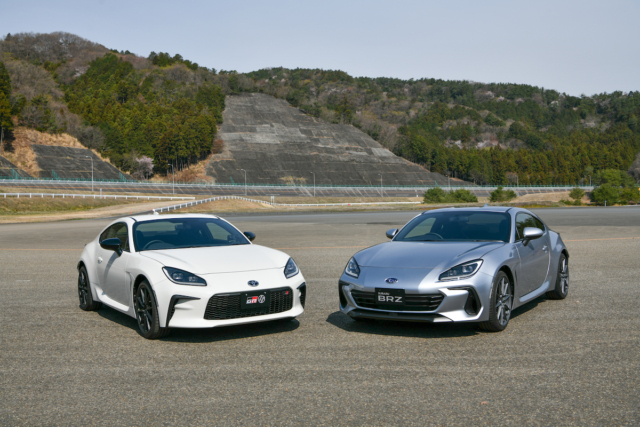 In practice, that means the GR86 was tuned to be a little more responsive in its steering and for the tail to step out a bit quicker when the accelerator gets stomped on. Turns out, that aligns nicely with its namesake, the AE86, and its drift-happy nature. The BRZ was tuned more for stability and ride comfort. Its rear suspension grips better, causing it to understeer slightly more upon corner entry, a trait that connects it more to its AWD brethren.

Like the curry said, the GR86 has more fire, while the BRZ is more refined. Turns out, you can learn a lot from a plate of gravy-like goop, and it’s actually not the first time we’ve covered cars represented by the popular dish. Hopefully, it has helped illuminate the faint differences between what could very well be the last traditional Japanese sports coupe ever made. And should the craving for GR86 x BRZ curry strike, you can find it for a limited time at the Crane Garden restaurant at Fuji Speedway.