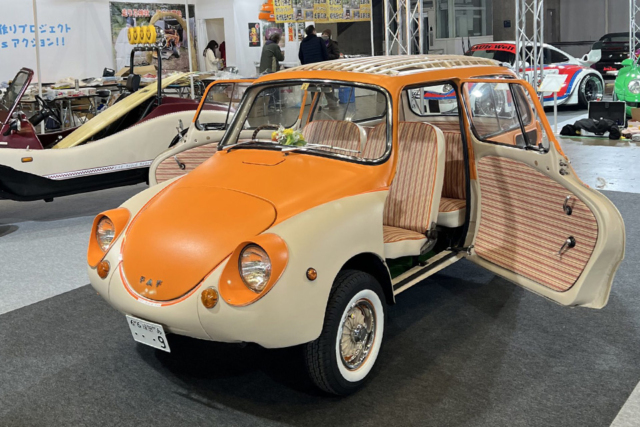 In a show where copious horsepower and dazzling bling overshadows less shouty cars, a humble Subaru 360 Custom has taken the Grand Prix for kei cars at the 2022 Tokyo Auto Salon. Called the Subaru 360 Beach Van, it might be light on tire-smoking ability but makes up for it with loads of charm. 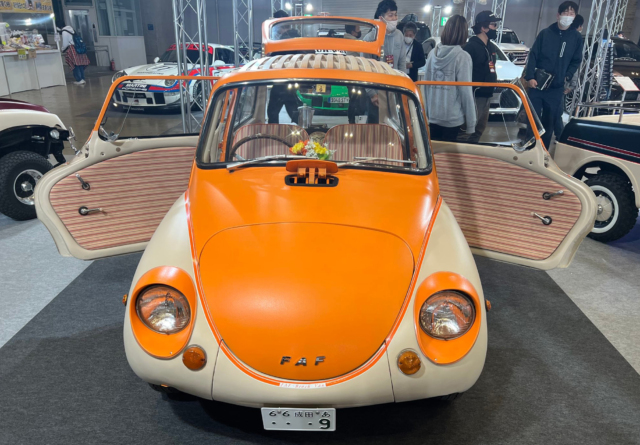 The small Subie is the creation of Forest Auto Factory, a kei car specialty shop based in Chiba. It began life as a 1968 Subaru 360 Custom (Custom was the official name of the wagon variant). It was pretty spartan transportation for its time, but FAF decided it would be the perfect foundation to build a simple but classy but oceanside runabout. 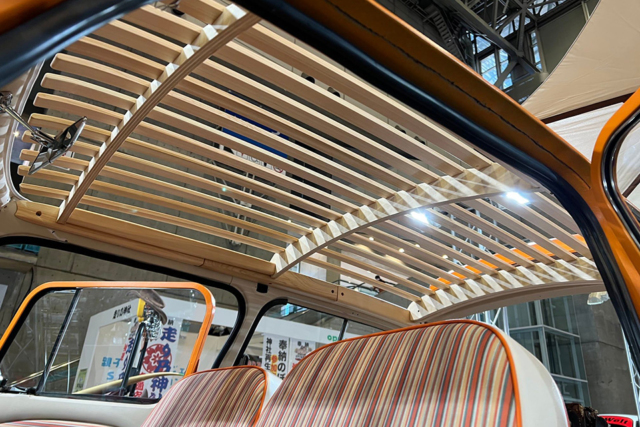 The Beach Van’s most intriguing feature its its roof. The Subaru 360 was famous for having a fiberglass roof from the factory, a weight-saving measure to make the most of its 25-horsepower, 360cc two-stroke twin. FAF removed the resin top and replaced it with a series of wooden slats that actually follow the original contours of the roof. The result is an airy but not overexposed feel perfect for coastal cruising.

Wood is also used throughout the rest of the cabin. The 360’s spartan dash pad is replaced with an elegant swath of timber. Likewise, the shift knob and handbrake have been swapped for a simple wooden ball and rod. 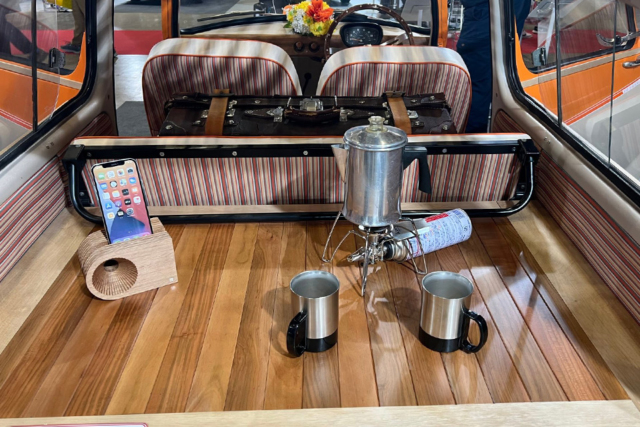 The cargo area was also re-finished with a hardwood floor. You can get a sense for just how small the original car was using the smartphone and mugs for scale. Meanwhile, the original single-color vinyl seats and inner panels have been swapped for a breezy and retro striped pattern. 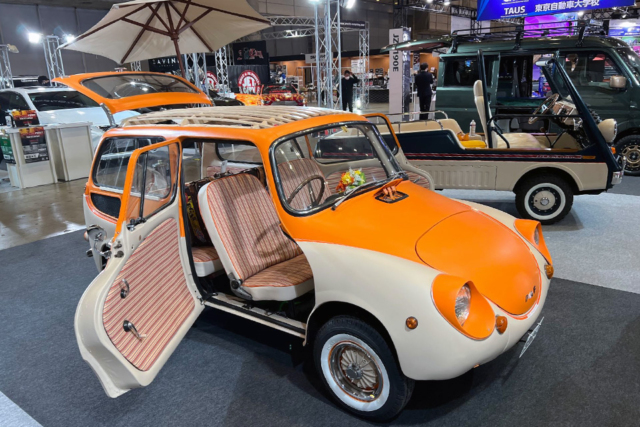 According to FAF, all the materials used were locally sourced. The orange and cream color scheme was based on a backpack Forest Auto president Akinobu Tomori had when he was a child. 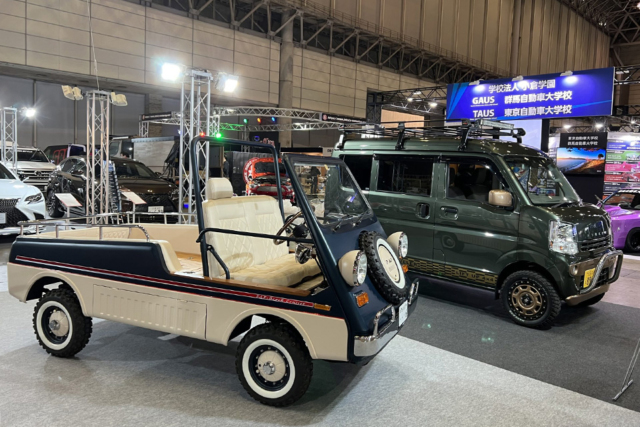 As it turns out, the Subaru isn’t the first beach cruiser kei car FAF has built. Another creation was based on a 1971 Honda Vamos. It too used copious amounts of wild cherry and konara oak for the floor, cargo area, and dash. The result is an homage, according to FAF, to a vintage yacht. 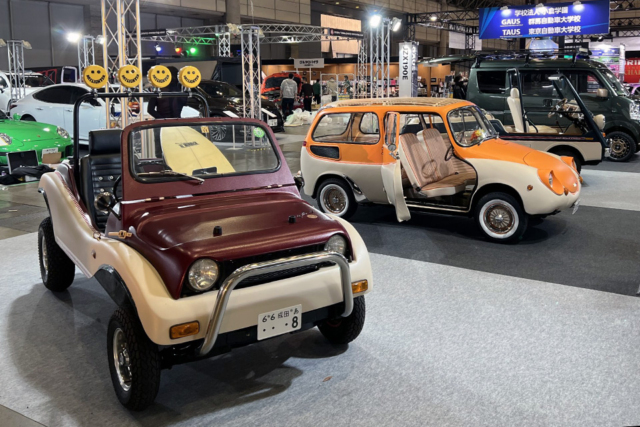 The last in the series (but the second one built) was based on a Daihatsu Fellow Buggy. These were extremely rare cars, with only 100 ever made. It, too, has been customized with locally sourced wood for the dash and floor. It was originally supposed to debut at last year’s 2021 Tokyo Auto Salon, but the event was canceled due to the pandemic.Now, the three of them were finally able to be displayed together.

The trio drew a lot of attention for being cheerful and relaxing in a hall full of serious performance machines. Though not as flashy as the sedan Grand Prix winning Century or as stunning as the Concept Car Grand Prix winning Fairlady Z, the Subaru and its companions evoked earnest fun, something we could all use a bit more of these days.