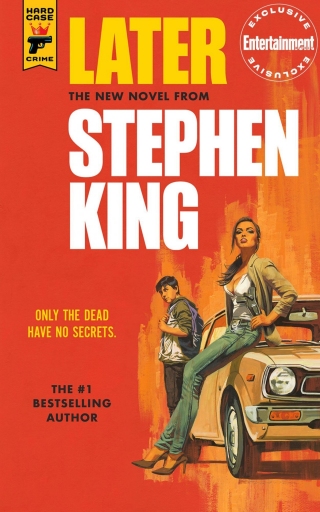 We don’t know anything about horror master Stephen King’s new book, Later, except that there’s an early first-generation Honda Civic on the cover.

We can’t seem to find out if the car is even in the story, but King has a history of having more than a passing interest in cars. There’s the serial killer who used his car as a weapon in Mr. Mercedes, the 1953 Roadmaster that’s actually a trans-dimensional portal in From a Buick 8, the sentient trucks in Maximum Overdrive and, of course, the 1958 Plymouth Fury in Christine.

A summary of Later appears to draw heavily from King’s well. There’s a boy with secret supernatural powers, a dead killer, and maybe his ghost. Hopefully the Civic is part of the story and not just a random car chosen for the cover art. It will be released March 2, 2021.