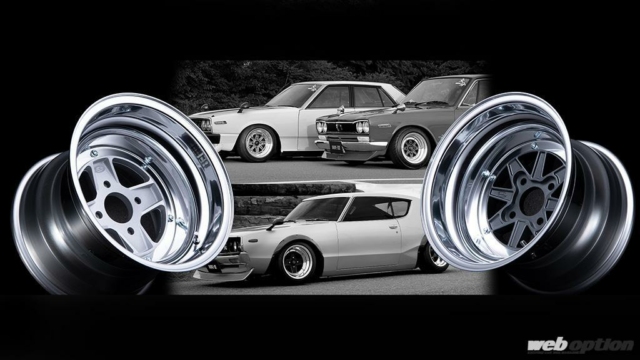 Last year, SSR made a limited re-release of the legendary Speed Star series, known for their clean, timeless spoke designs and wide barrels. Demand for the wide sizing and interest from a new generation of kyusha fans brought them back into production thirty years since they were first released, with new wider sizes. The wheels garnered a lot of attention and sold out quickly, despite being released during a pandemic. SSR gave those who missed out a second chance, but the entire run sold out immediately.

Sales began at 10am April 1. SSR offered the SSR MK-II and SSR MK-III, both classic three-piece designs which started filling shakotan sleds’ wells since the 1970s. Both lug patterns of 4×100 and 4×114.3 were available.

With prices ranging from US $1600-2500 a set, and the number of orders being limited to 400 wheels in total for all size options, these were bound to go quick — and they did. By 3pm Japan time they were gone. Customers have been eagerly waiting for this re-release, and there was probably a long line of them clamoring for these wheels. Hopefully this will inspire SSR to make more soon.