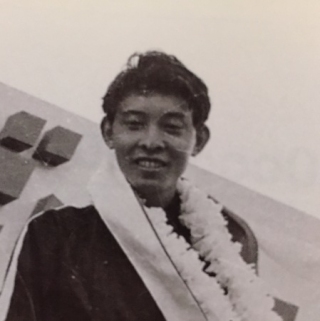 Racing driver Sokichi Shikiba died yesterday, May 17, in a hospital in Tokyo as a result of liver failure. He was 77 years old.

Born to a hospital manager in Ichikawa City, Chiba Prefecture in 1939, Shikiba grew up with a generation of young men who came of age as Japan’s nascent auto industry was taking off. Carmakers were delving into motorsports to spur development, and Shikiba’s cadre of fellow motorheads — which included legends such as Tojiro Ukiya, Aritsune Tokudaiji, and Tetsu Ikuzawa — became the forefathers of motorsport in Japan. 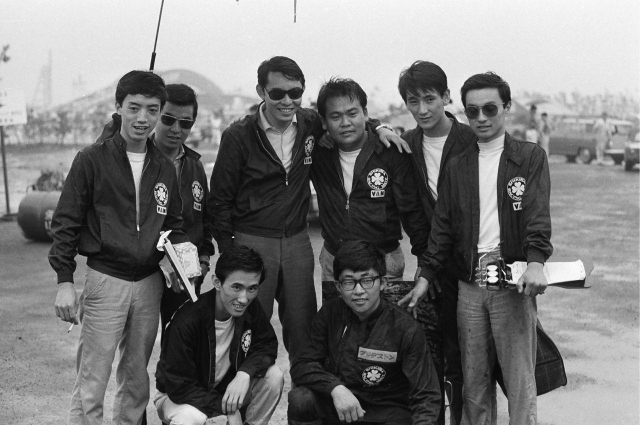 After graduating Seijo University in 1961, Shikiba worked at a publishing company while indulging his fascination for fast European cars in semi-professional racing. In 1963, at the running of the first Japan Grand Prix, and Shikiba secured an official seat with Toyota and won the C-V class with a Toyopet Corona. 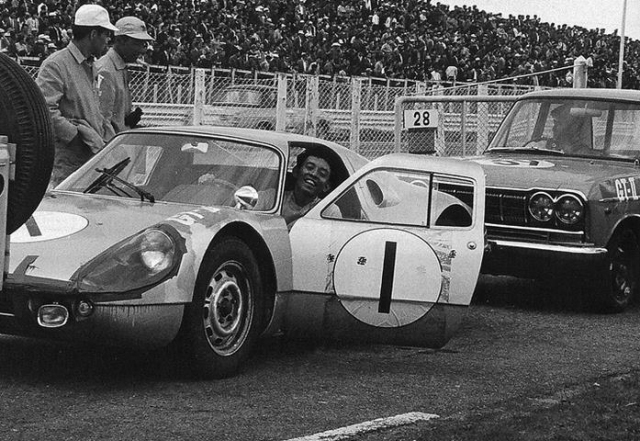 The following year, Shikiba would drive and win his most memorable race, the 1964 Japan Grand Prix. However, it wasn’t for his own exploits. It was during this contest that Shikiba, behind the wheel of his Porsche 904 race car, was passed by his old friend Tetsu Ikuzawa in a Prince Skyline 2000GT sedan, giving birth to the Skyline legend.

Shikiba ultimately won the race, but helped define a seminal moment Japanese motorsports. The following year, he was set to return with a Lotus Elan, but the 1965 Japan Grand Prix was canceled. 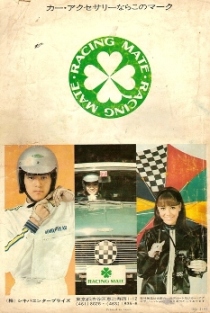 Shikiba retired from professional racing and founded Racing Mate, a company that produced helmets, gloves, and aftermarket parts for Hondas. The company continued to support Ikuzawa in his career, and during this time Shikiba also editied Car Magazine and served as an advocate for motorsports in Japan.

Though Racing Mate closed its doors by the end of the decade, the brand had expanded beyond the realm of racing fans to become a fashion item of Japanese youth that still resonates to this day.

After that, Shikiba returned to the family business of hospital management. However, he remained a car enthusiast and was known to have been fond of the Ferrari Enzo, F12 Berlinetta and Bentley Azur. He made frequent appearances in the auto magazines Navi and Engine, and often participated in vintage races and Mille Miglia tribute events. Shikiba also worked as a consultant for Bugatti and was instrumental in bringing the resurrected company to Japan in the 1990s. He owned a silver EB110 Super Sport.

Shikiba also played jazz, and performed at the famed Chianti restaurant and Hotel Okura in Tokyo. He is survived by his wife, Taiwanese singer Ouyang FeiFei, whom he married in 1978. Though they did not have children of their own, the two reportedly were very close to Ouyang FeiFei’s nieces and nephews.

Speaking to News24, Ouyang FeiFei sent a message to Shikiba’s fans: “My husband, Sokichi Shikiba, has traveled to the presence of God on May 17, 2016. For a long time, he continued to support my career, my family, and also loved my whole family. I am sincerely thankful for him. I am very happy to have been with him as a couple in this life, and I am grateful to everyone for supporting us. I would like to thank you from the bottom of my heart for your kindness.”