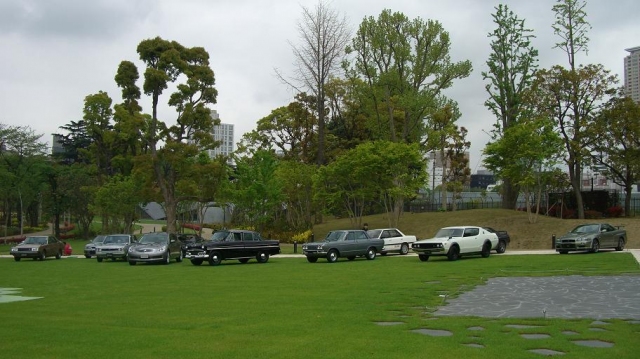 Possibly the most renowned model in all of Japan, the Skyline was born on April 24, as part of Prince Motor Company’s 1957 lineup. Half a century later, one example of each of the 12 generations have been assembled for a special 50th Anniversary exhibit in Tokyo’s Midtown Garden. 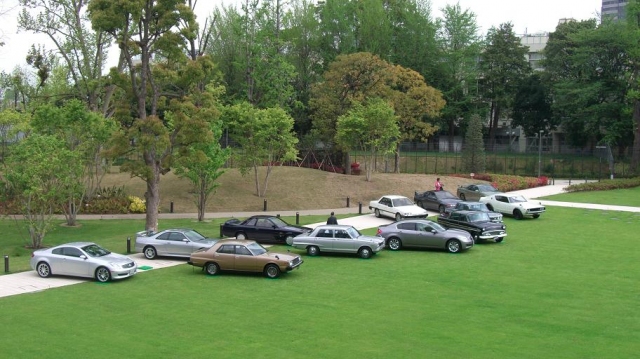 Meanwhile, a pair of spanking new V36 Skylines have taken off from Nissan’s Yokohama factories to travel across the island nation as part of the “Skyline Grand Touring – The Legend and the Future” tour. Each is visiting landmarks of Skyline history as they head towards their final destinations – Satsuma on the island of Kyushu for the West Route and the actual Ken & Mary tree beneath which the fictional couple cavorted in Biei, Hokkaido for the East. You can trace the routes vicariously here and see the details on Nissan’s official blog (Japanese only). The exhibit lasts until May 6. 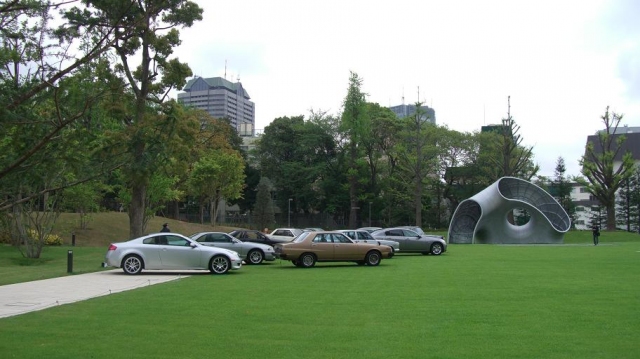 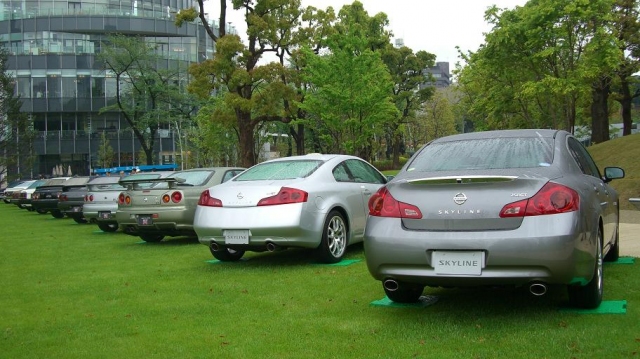 permalink.
This post is filed under: datsun, japan, nissan, prince.