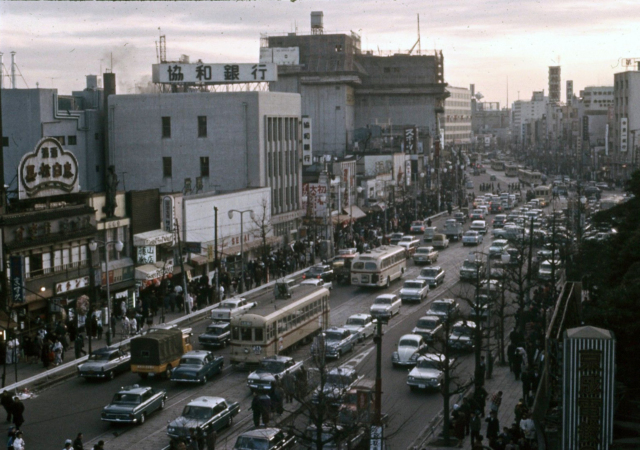 We haven’t done a Showa Snap in a while, but this shot of Tokyo from 1964 seemed like a good photo to bring it back with. This shot of eastern Tokyo is another bustling street scene, with buses, streetcars, and swarm of sedans. The big ones — Toyota Crowns, Nissan Cedrics, and the occasional Isuzu Bellel — are almost all taxis. Privately owned cars number much fewer. Datsun Bluebirds seem to be the popular choice, and the distinct rounded shape of a VW Beetle stands out from the crowd. You can practically smell the hydrocarbons as you gaze upon that beautiful sunset.

7 Responses to SHOWA SNAP: Traffic in eastern Tokyo circa 1964