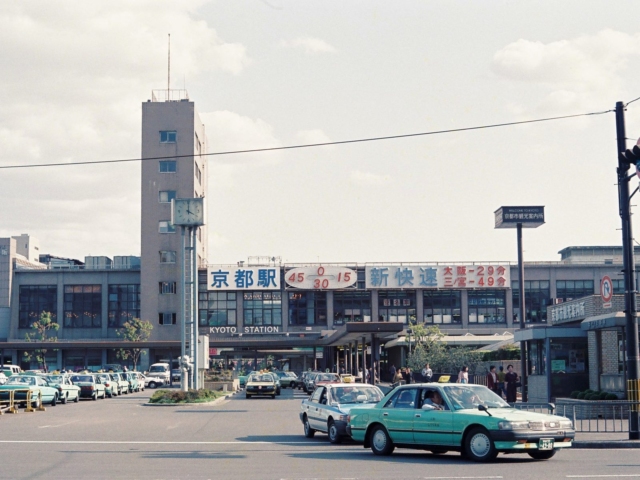 Kyoto is one of Japan’s most historic cities, but you wouldn’t know it by looking at its travel hub. Bullet trains pull into Kyoto Station on an hourly basis, sending hundreds of passengers into a vast structure of glass and steel resembling a spaceport. That wasn’t always the case, as this photo of the old Kyoto Station, taken in 1991, shows.

Built in 1952 and in service until 1997, a much more traditional-looking structure once served as the city’s nerve center, with columns of Toyota Mark II, Carina, and Corona taxis waiting to take incoming train passengers to their destinations. As our friend and late auto journalist Hiroshi Yoshida pointed out, the cars tended to be smaller, as to better navigate Kyoto’s older, narrower streets. 1991 doesn’t seem that long ago, but all these taxis are long gone, taken over by Crown Comforts purpose-built for Japan’s taxi industry.