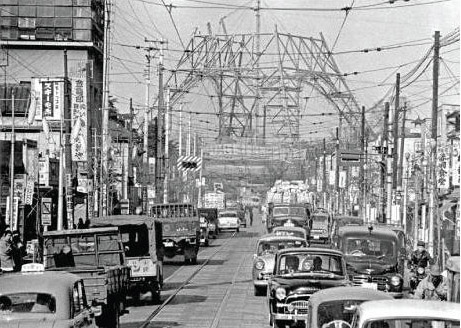 This Tokyo street scene shows a variety of vehicles, from sedans like the Toyopet Crown to large trucks like the Toyota Toyoace to three-wheelers like the Daihatsu CO10T. What really makes the shot, though, is the ghostly bones of Tokyo Tower coming together in the background. Based on the vehicles and level of completion of the tower, we’d guess this photo was taken in early 1958. Tokyo Tower was finished that October, serving as a radio broadcast antenna to take the place of hundreds of smaller antennas throughout the city. For a time, it was the tallest freestanding structure in the world. It must have been an awe-inspiring sight as you drove around Tokyo in your Daihatsu Midget. Click through for another photo of the tower nearing completion. 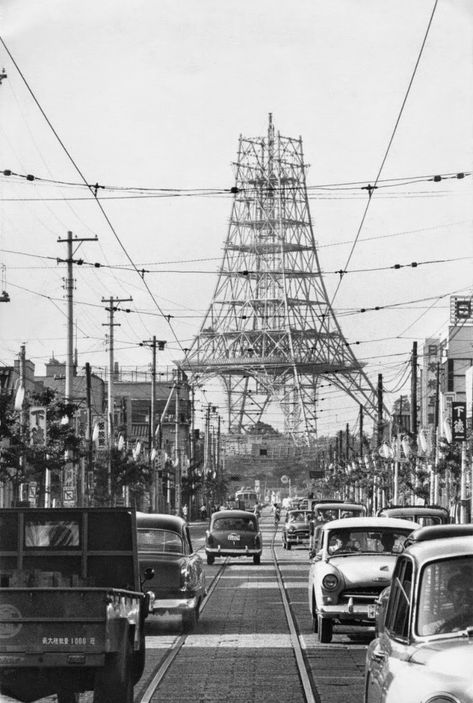 9 Responses to SHOWA SNAP: Tokyo Tower under construction, circa 1958