SHOWA SNAP: A fleet of convertible Toyota Crowns are ready for the 1964 Tokyo Olympics 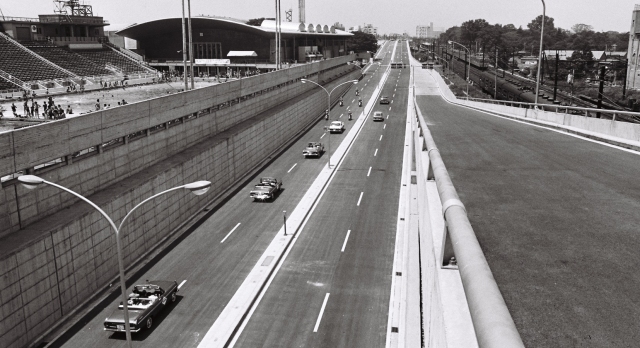 We would be in the first week of the 2020 Tokyo Olympics if the coronavirus hadn’t thrown a giant pole vaulter’s bar into the entire world’s plans. The first time Japan’s capital hosted the Olympic Games was back in 1964, as the country stood on the precipice of its unprecedented economic boom. Projects like the first trans-Pacific television broadcast, the bullet train, and the city’s Shuto Expressway were fast-tracked to completion. By the opening ceremony, Tokyo’s first 33 km of highway had been finished, including the stretch connecting Haneda Airport to the city center. In this image, a fleet of specially built Toyota Crown convertibles arrives by police escort, ready to transport athletes and celebrities in parades. Let the games begin!

7 Responses to SHOWA SNAP: A fleet of convertible Toyota Crowns are ready for the 1964 Tokyo Olympics