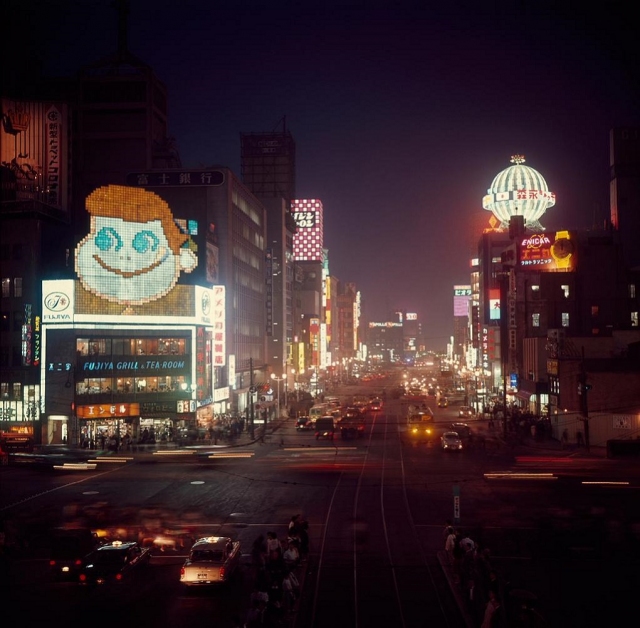 Four hundred years ago, Sukiyabashi was a bridge crossing the outermost moat of Edo Castle, which separating nobles and samurai from ordinary townsfolk. Post-war, it became one of the two main intersections in Tokyo’s ritzy Ginza shopping district. In 1964, it was a dazzling hub of neon lights and advertising. On the left, Pekochan, the mascot of the Fujiya confectionery and restaurant chain appears imposingly over Harumi Street as a Nissan Cedric taxi await to cross. Wait, but what’s that over Pekochan’s right shoulder? 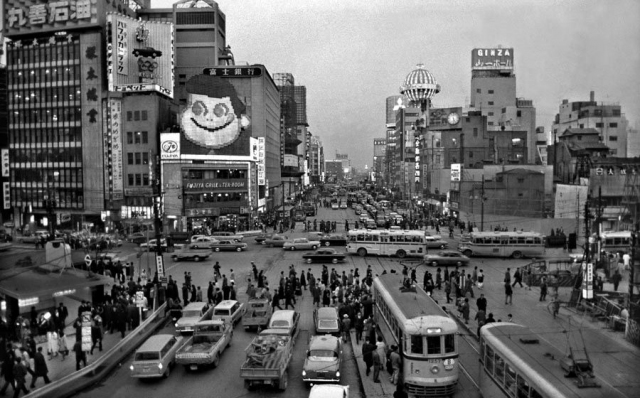 As it happens, the large globe on the right was advertising for rival candy maker Morinaga. Behind it, just a few blocks away, the cylindrical San-ai Dream Center posts Mitsubishi’s triple diamond beacon at Ginza 4-chome Crossing, the intersection where Nissan’s Ginza Gallery stands. This is what the same view looks like today. Fujiya still maintains a presence at the same corner 56 years later, but there’s no Crown advertising for the 2020 — uh, 2021 — Olympics.

3 Responses to SHOWA SNAP: Peko-chan looms large over Ginza, circa 1964