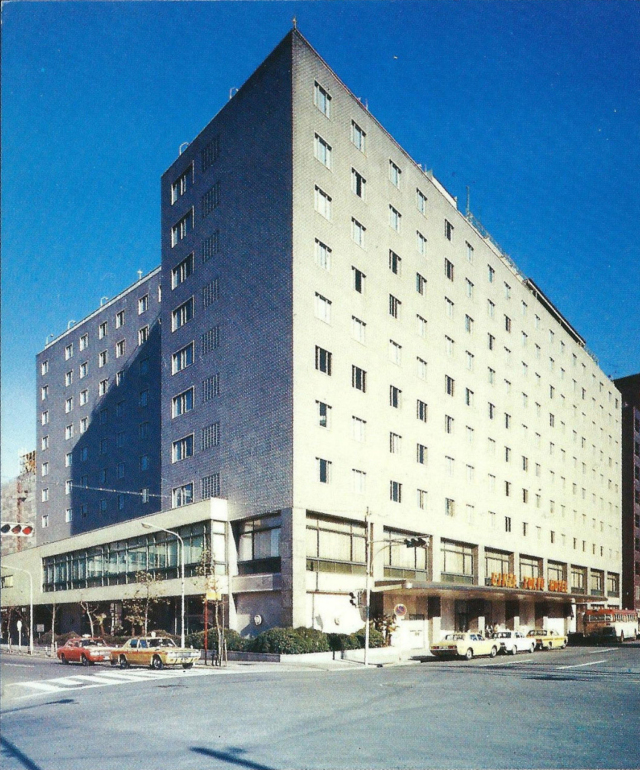 Described as “a quiet oasis in the throbbing heart of the world’s biggest and busiest city,” the Ginza Tokyu Hotel was opened in 1960. It was the first hotel of Tokyu Hotels, one of Japan’s most prominent chains that still operates today. The Ginza Tokyu was advertised as being fully air conditioned and with color TVs in every room. It was, of course, located near the high-end Ginza shopping district. As such, there is a line of kujira Toyota Crown taxis — in Nihon Kotsu and Checker livery, both of which still exist today — waiting to whisk their fares through the city in this early 1970s postcard. The hotel closed in 2001, and was taken over by Kyodo News.