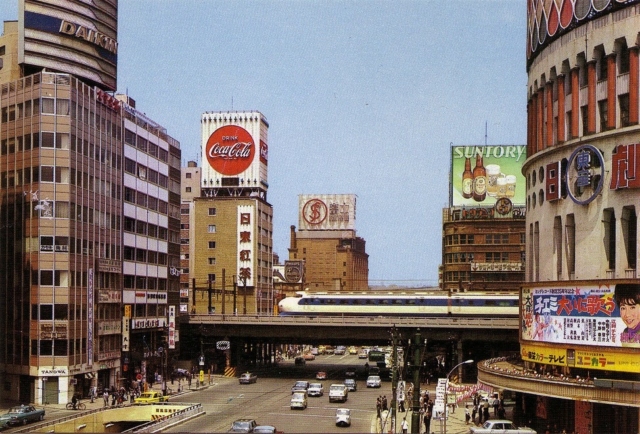 Here is a random photo of the famed Yurakucho Crossing, one of Tokyo’s most famous intersections. It is considered a prime viewing spot for the Shinkansen, or bullet trains, as they pull out of Tokyo Station southbound heading towards Nagoya, Osaka, and points beyond. Judging from the cars in the photo — S40 Toyota Crowns, a Toyoace, and Daihatsu Midget — it was taken in the mid-1960s, probably not long after the Shinkansen began service in 1964. The round Toshiba building in the right foreground is no longer there, but the Shinkansen still uses those tracks.

permalink.
This post is filed under: Showa Snap and
tagged: shinkansen, tokyo.