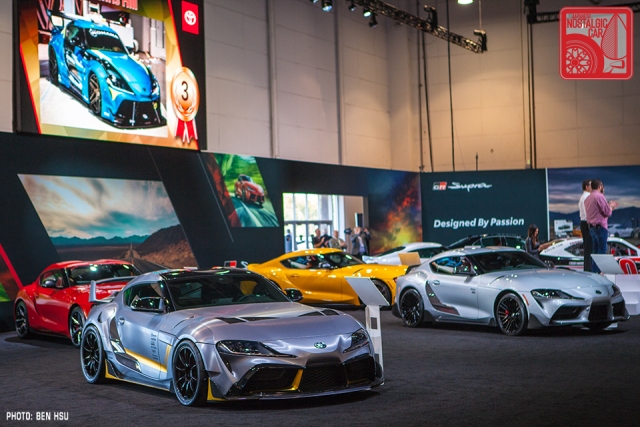 There were, like, so many Supras at SEMA, you guys. It felt like everywhere you went, you were bumping into an A90. Either that, or a mobility scooter with a swag-filled reusable Spyder bag. But yeah, Supras. At the end of the day the SEMA is a trade show, Las Vegas was built on gambling, and every aftermarket parts company is betting that in the coming years enthusiast dollars are going to be spent on the fifth-generation Supra.

When we interviewed chief engineer Tetsuya Tada at the A90 Supra’s launch, he said the real reason why Toyota so controversially teamed up with BMW was that it would be not just Toyota’s, but the entire auto industry’s last shot at giving enthusiasts a true global sports car. With regulations tightening around the world, he believes he had to fast-track it to production like Indiana Jones grabbing his hat before the door closes for good.

But, there was a second reason. Tada-san loves tuning, and he knows the aftermarket shops he loves and admires have been struggling in recent years. Compared to when the fourth-gen A80 Supra was on the market, there’s been a notable absence of fun from Japan’s carmakers. As a result, many of the tuning houses, he predicted, wouldn’t survive until the next sports car boom.

So, Tada-san gifted to tuners a platform that would be ripe for modification. The A90 Supra was engineered with space around the chassis for aftermarket radiators and intercoolers, structural reinforcements on the trunk for spoilers, and many other details that you wouldn’t find on a typical production car.

It turns out his prediction was right. There probably hasn’t been a rush like this since the S550 Mustang was released. Aftermarket companies have swarmed to this single model like, well, dudes trying to hit on a single model signing posters at the wheel and tire hall. Here are some of the highlights. 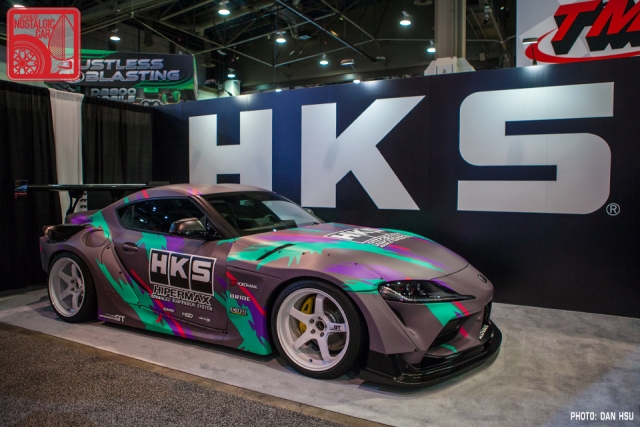 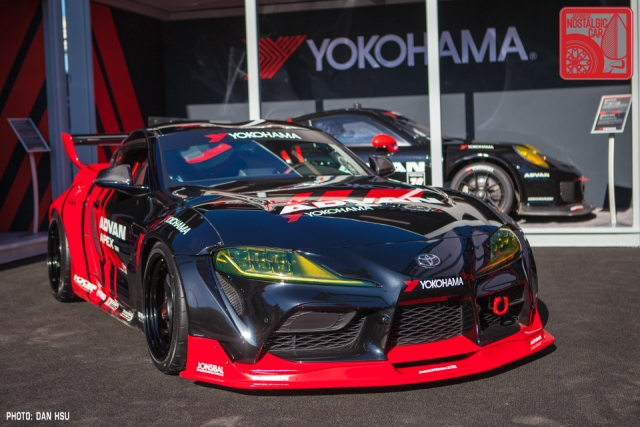 There were Supras wearing iconic liveries, like the purple-pink-teal HKS warpaint, or the black-to-red Advan fade. These will never go out of style, and look good on just about any car. 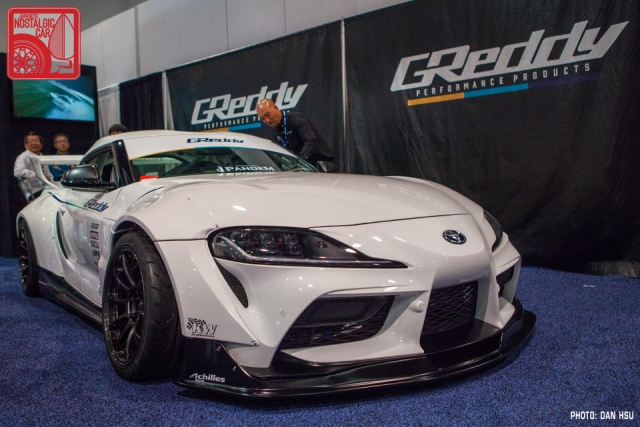 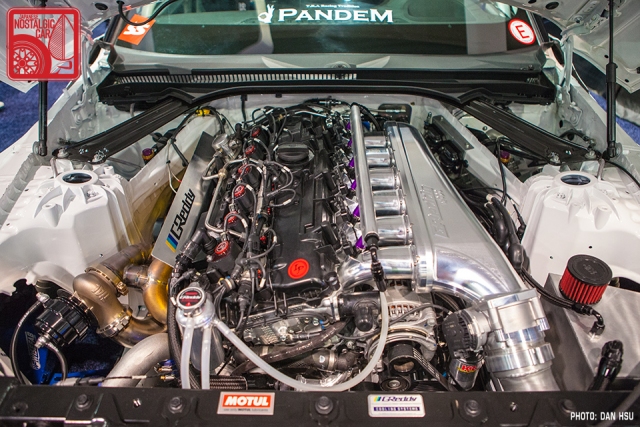 GReddy displayed a Drift Concept Supra wearing a Rocket Bunny Pandem widebody kit and containing a heavily modified BMW B58 engine under the hood. Toyota held a Supra contest to find the best A90 at the show, and this this was the winner. Also, the intake plenum is a work of art. 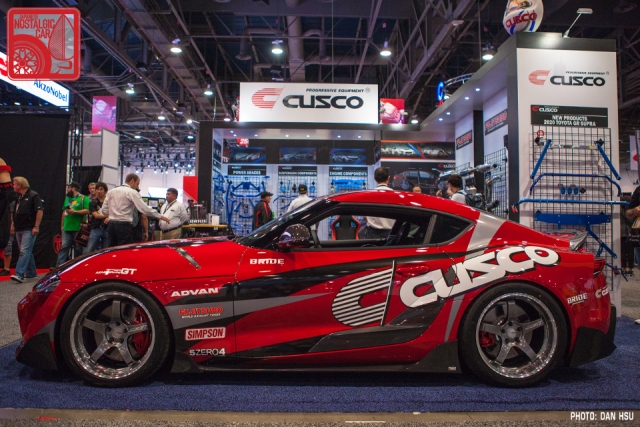 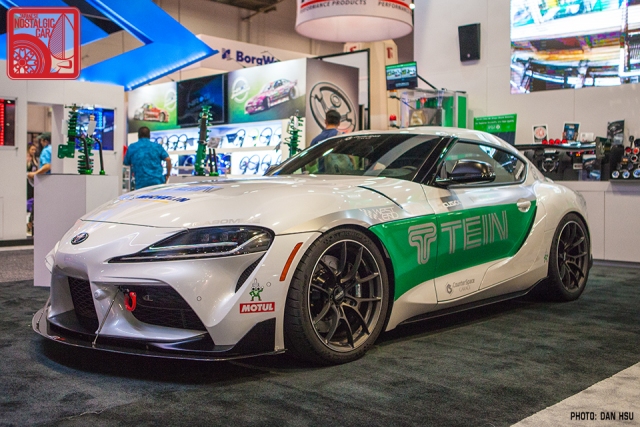 Suspension companies already have plenty of options for the A90 as well. 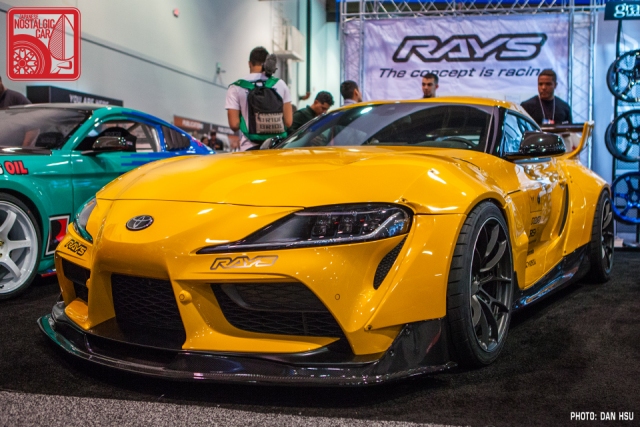 Of course, there are plenty of wheel options too, like these matte black Volk Racing G025s. Of course, they’re in a 5×112 PCD, because BMW. 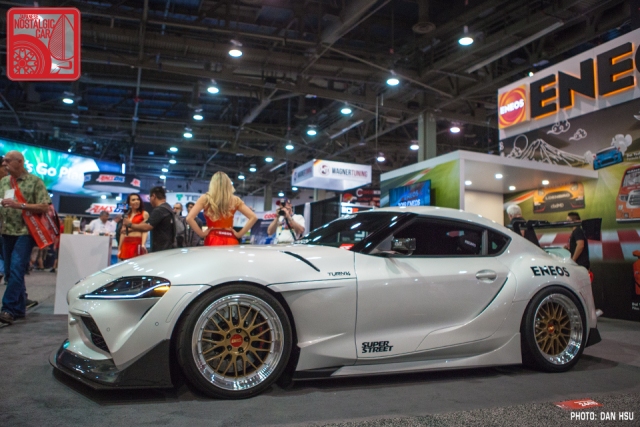 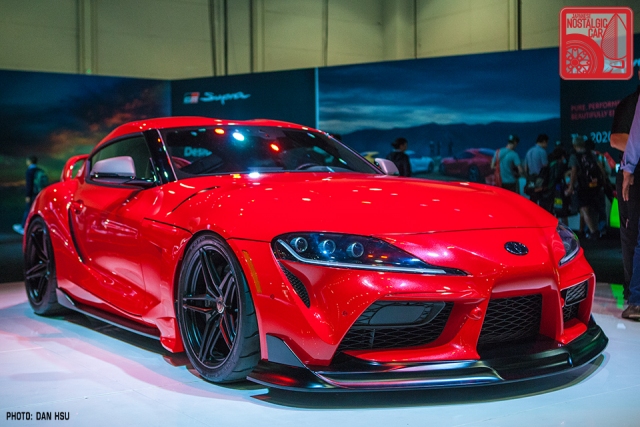 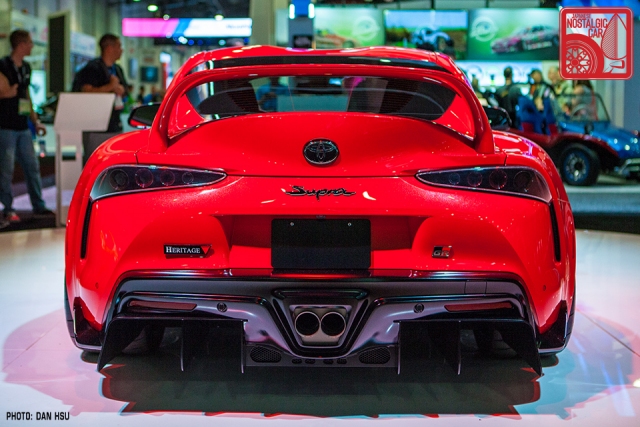 Toyota’s booth was basically all Supras, but there were a few standouts. One was what they called the Heritage Edition, which used an actual A80 wing and custom-built taillights with the A80’s trademark four-element taillights. Lowered on Tein coilovers on HRE P107SC wheels and a custom air splitter, it looked incredibly sharp. 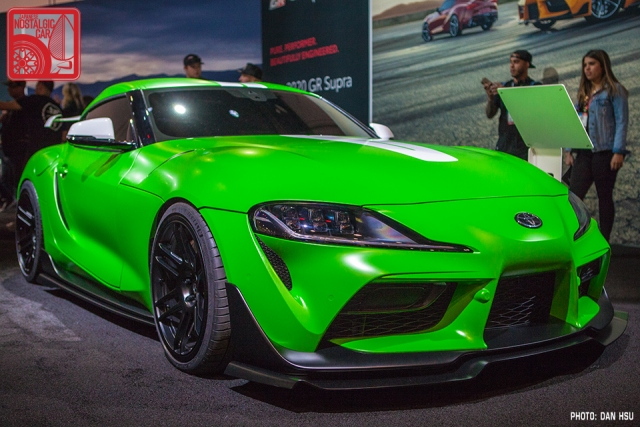 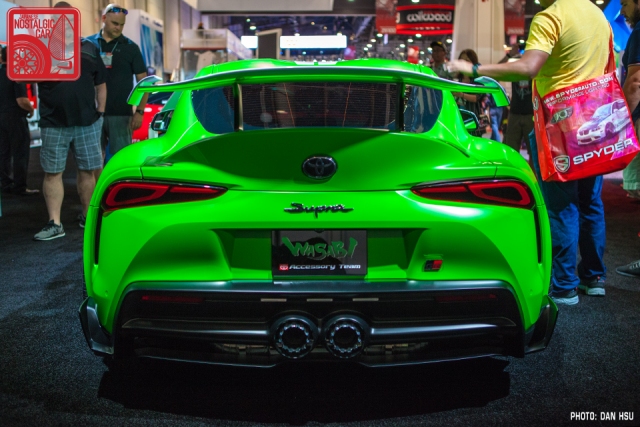 Dubbed the Wasabi Concept, this bright green Supra served as the test bed for Toyota’s official accessory team. Many of the parts, such as the big brake kit, suspension, exhaust tips, and forged 20×10 and 20×11 staggered wheels, are being shown to gauge interest for future products. 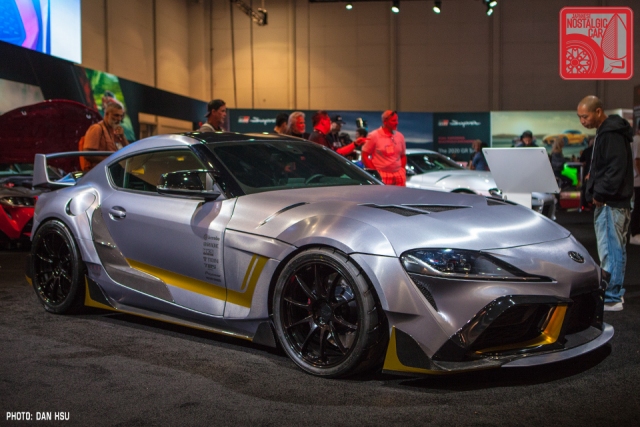 Another nod to Supra heritage came in the form of a TRD 3000GT-inspired build. Created by a group called Toyota Customization & Development (honestly, with Gazoo, TRD, and the accessory team, and now TCD, there are so many Toyota aftermarket groups our heads are spinning), the car pays homage the ultimate A80 envisioned by TRD back when the brand meant something. 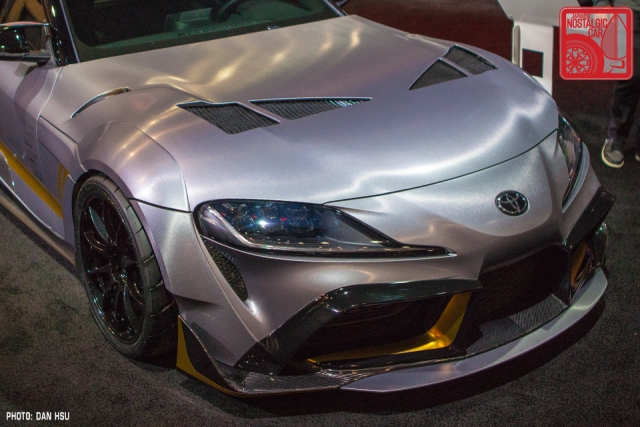 The original TRD 3000GT debuted in 1994, a showcase wrapped in all new body work, including front and rear fenders that made it essentially a factory widebody. Cooling and aero were the real deal, derived from Toyota’s Group C racing program. Here, the TCD tribute incorporates styling cues like the hood vents and rear wing to reference the original. An HKS exhaust and Tein coilovers stand in for parts that TRD doesn’t offer any more. 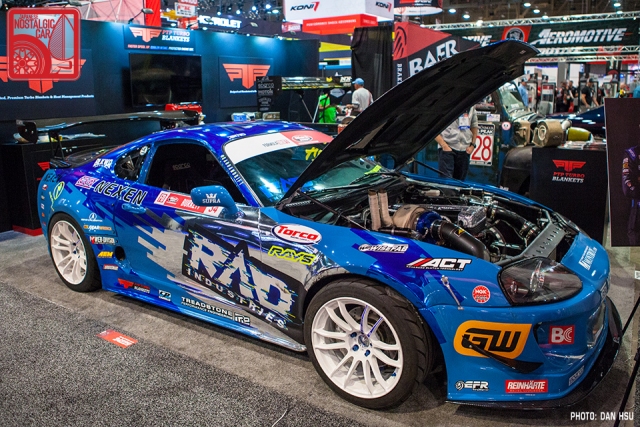 The support for the B58 engine was there, now the aftermarket has come out strong with plenty of Supra-specific parts as well. Of course, the true test of time will be whether the A90 has staying power. It’s the car of the moment, and it’s only natural that companies would flock to it. However, we heard both stories about new Supras being hard to find and also sitting on dealer lots with no markup. 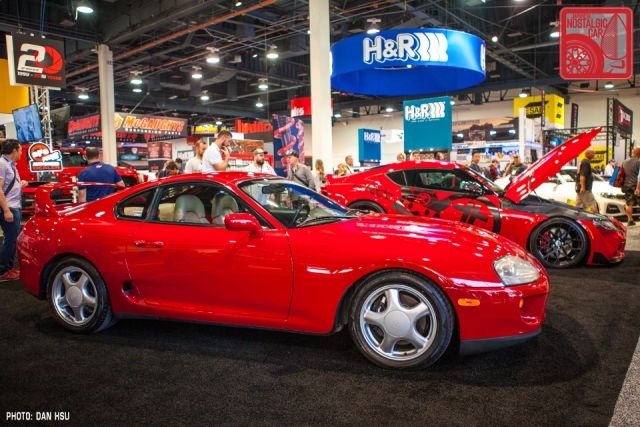 When we tested the A90 Supra we found it to be a fun and powerful driver’s car, and there’s not much competition at its price point. The true test, though, is whether we continue to see them with such a strong presence next year and in the years after. Will it fizzle, or will Tetsuya Tada fulfill his noble goal of saving the aftermarket tuners?

At the AFE booth, a pristine A80 was displayed alongside a new A90 fitted with the company’s intake system. The A80, we were told, belonged to one of the founders and was part of his collection that included GT-Rs and other iconic machines. The A90, he said, was bought simply to do test fitting: “I don’t know how long that one will stick around.” But, some people never thought the A80 would be that special either. Time will tell.

In the next installment, we will return to our regularly scheduled non-Supra programming. To be continued… 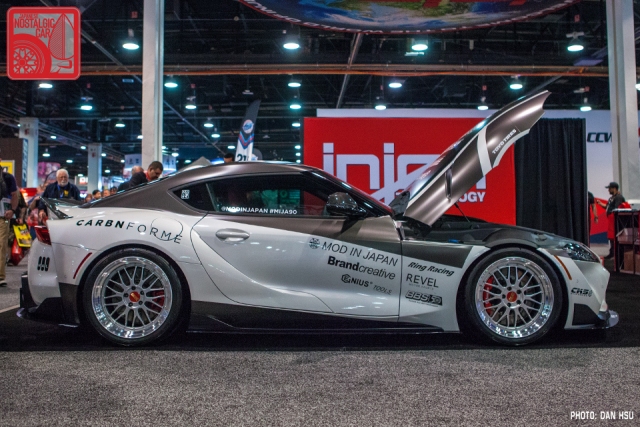 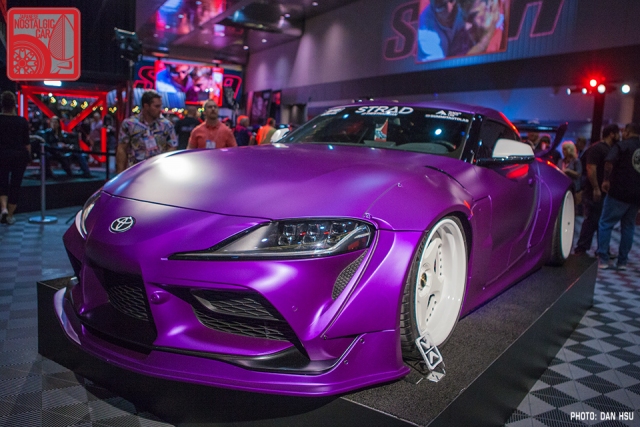 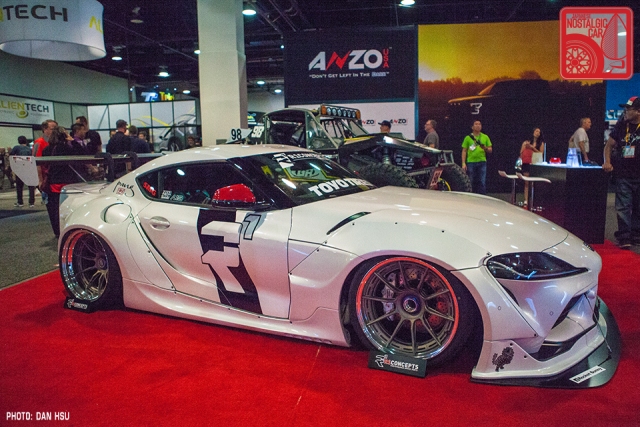 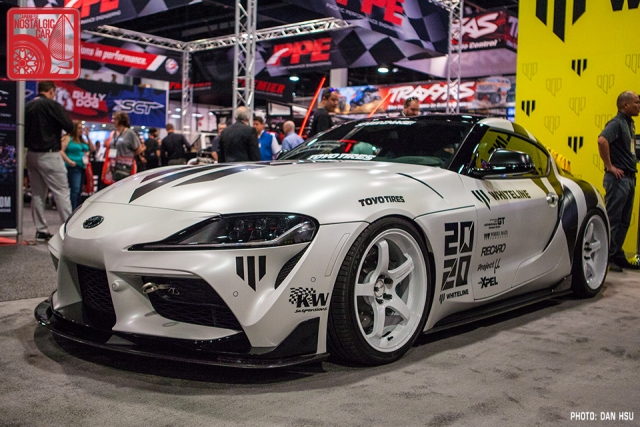 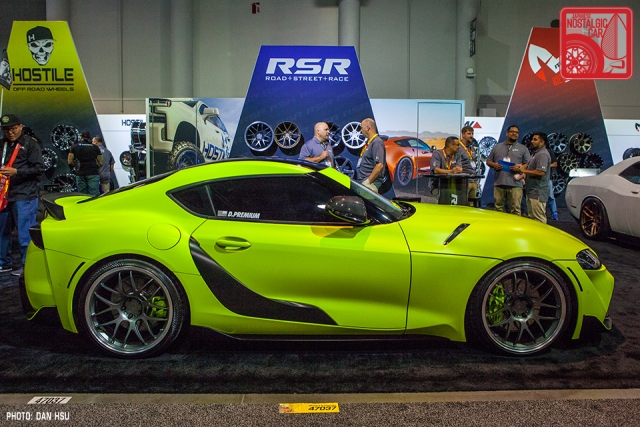 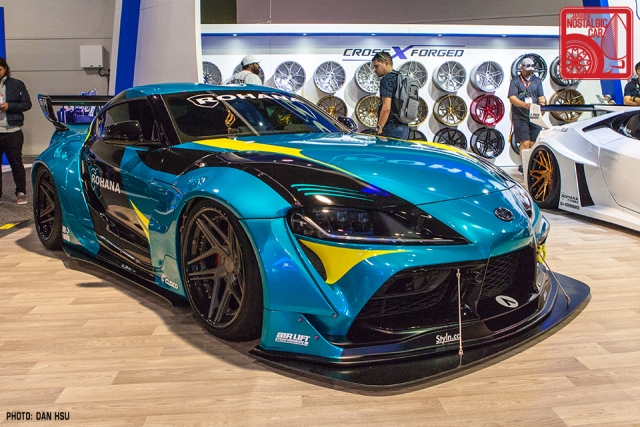