SEMA 2017: An unmolested Toyota MR2 gave us the strength to carry on 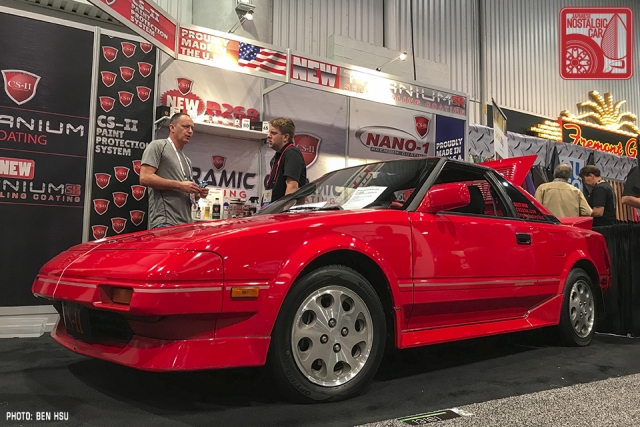 As I took respite to pen this letter, I wondered if I would return from war the same man I was when I left home. SEMA is hell, my love. It has been just two days, but it feels like fortnights have passed. A fellow soldier nearly lost his leg from a surprise attack by a cursed foe and his mobility scooter mount. Supplies are scarce and dwindle by the hour, leaving us victim to highway bandits who would dare charge eight Union dollars for a frankfurter.

We have endured wastelands of misshapen composites, towering pickups taller than they are wide, and wheels so grotesquely oversized it’s a wonder the wagons they are affixed to can move at all. I trembled on the brink of abandoning all hope until we saw it, and it bestowed upon us the strength to carry onward: a virgin AW11 MR2. 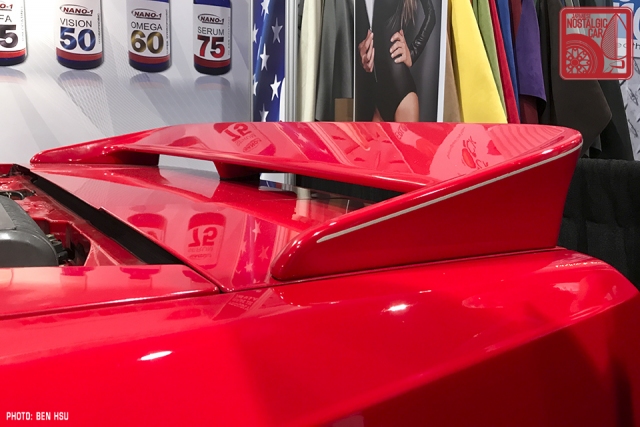 Cardinal in color and in generation, the angelic steed was hidden in a remote corner of the northern hall. It was twenty-nine years in age, but looked as unspoiled and youthful as the day it was born on the plains of Sagamihara. Having observed countless casualties of the show furbished in metallic lime greens, kandy purples, and unholy oranges, the MR2’s stock crimson flanks were a welcome sight for these anguished eyes. 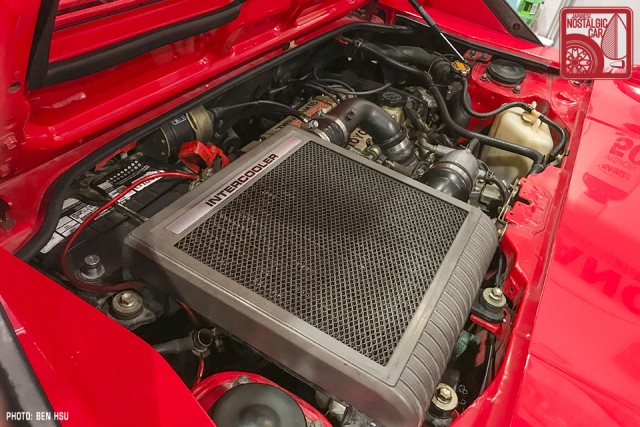 Upon rounding the rear, it was revealed that this was no mortal AW11. Though the many-holed wheels it wore could have easily been a deception, its raised venting and factory intercooler were proof enough. I had seen my share of spools the size of melons, often surrounded by excessive anodization and gashes cruelly cut into bonnets. This was an honest supercharged breed, with wondrous 4A-GZE heart beating mid-ship that, back when I was but a schoolboy, charged quicker to thirty miles per hour than even the most exorbitant stallions from Maranello. 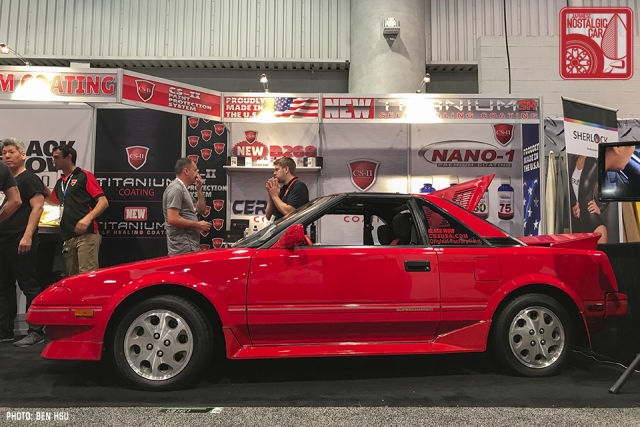 Eventually we found the caretaker of this magnificent mare. A veteran of many SEMAs, Mister Richard Lin told us of how he dreamt of an MR2 in his youth. He spoke of how it took him two-and-a-half decades to realize his ambition, and then added in vehemence, “It’s not for sale.” The Toyota’s presence was to brandish a newfangled varnish that is said to protect your gelding’s hide for up to ten years with no additional wax. At $1,200 a coat it wasn’t cheap, but if the original paint on Mister Lin’s AW11 was any guarantee, it did not appear to be mere snake oil. 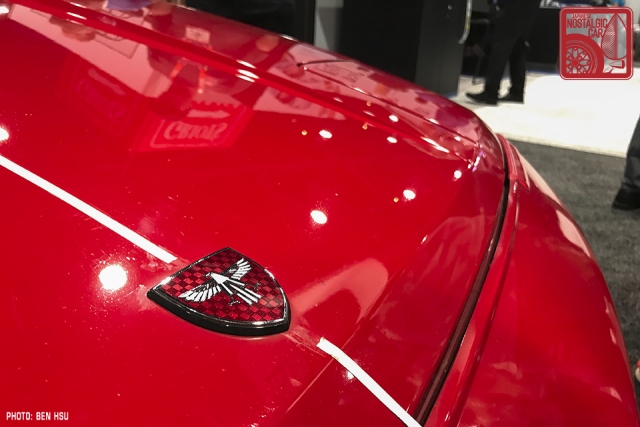 With renewed hope stemming from the MR2’s untarnished crest — a soaring eagle, triumphant with wings spread — we will trudge on. We shall proceed across rivers of wide body kits, over mountains of complimentary reusable bags, and through acrid swamps teeming with dozers of bro. I must now end my letter, Martha, as I know not if will survive long enough to send it, or if I shall perish by an onslaught of stanced horrors. Should this be our final correspondence please rest assured that, in this unforgiving world, at least one unmolested AW11 MR2 SC remains.

Ever yours truly,
Beauregard

19 Responses to SEMA 2017: An unmolested Toyota MR2 gave us the strength to carry on