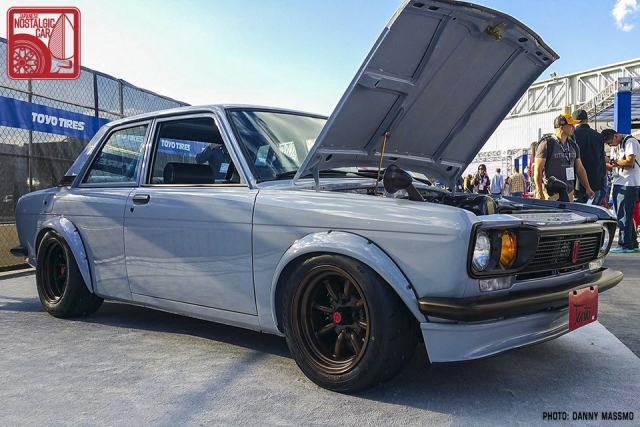 One of the standout cars at SEMA was a 1972 Datsun 510 sitting in the Toyo Tires Tread Pass section. Though owned by a celebrity — Into the Badlands star Daniel Wu — that’s hardly the most interesting thing about it. In a show full of carbon fiber excess and House of Kolor assaults on the senses, it was an honest, no-nonsense build in the five and dime tradition. 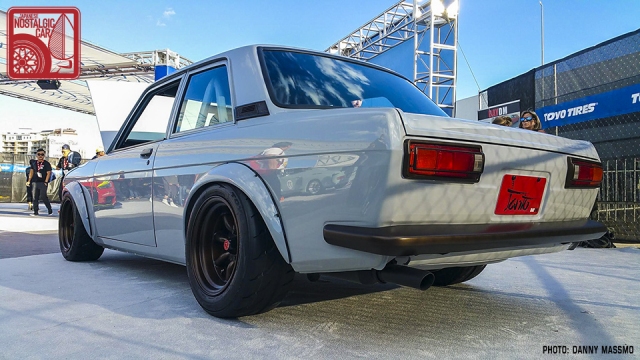 The first thing you notice about the car is its pale bluish-gray paint job. It’s a solid color that could almost have come stock on the car back in 1972; no pearl, flake, or look-at-me chameleon effect here. Sitting on classic RS Watanabes, 15×8 front and 15×9 rear and wrapped in Toyo R888R rubber, it has a mean stance buoyed by classic bolt-on flares. While chrome bits have been repainted, they appear to be in the same dark bronze of the Wats. 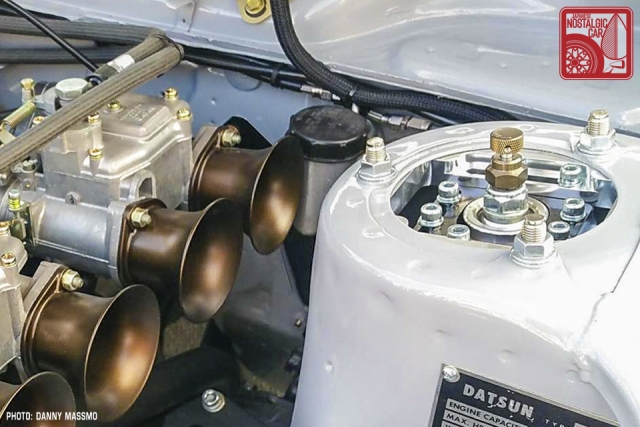 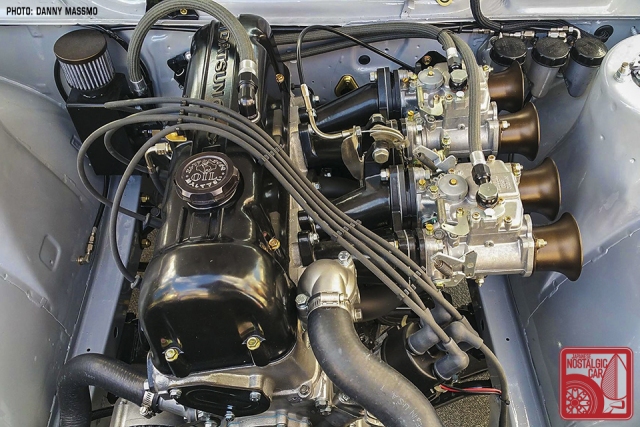 While some sort of big-dollar resto-mod mill seems to be a prerequisite for most SEMA builds, there’s nothing quite like a classic L-series. It wears a simple black valve cover and nicely engraved elephant oil cap, hiding the real grunt of the 2.4-liter Rebello-built motor, which is said to develop 235 horsepower on 91-octane fuel. 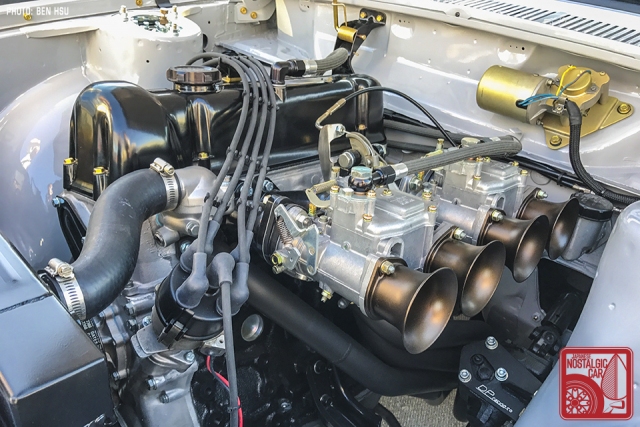 The engine is fed by 44mm Mikuni side-draft carbs, with hydrocarbons exiting via an Ermish-designed header and mandrel-bent exhaust. Behind the block, power is delivered via a lightweight aluminum flywheel, competition clutch, and 5-speed transmission from an S130. A Nissan R200 4.11 limited-slip differential helps put it to the ground. 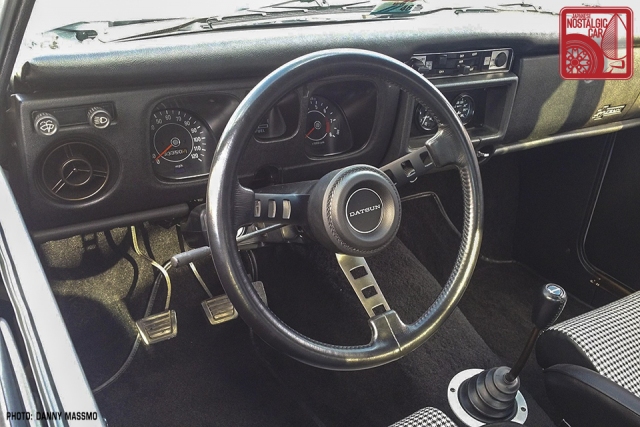 Inside, the steering wheel, shift knob and tachometer are classic bits from the  Datsun competition catalog. The odometer reads 93,350 miles but who knows if that’s accurate. 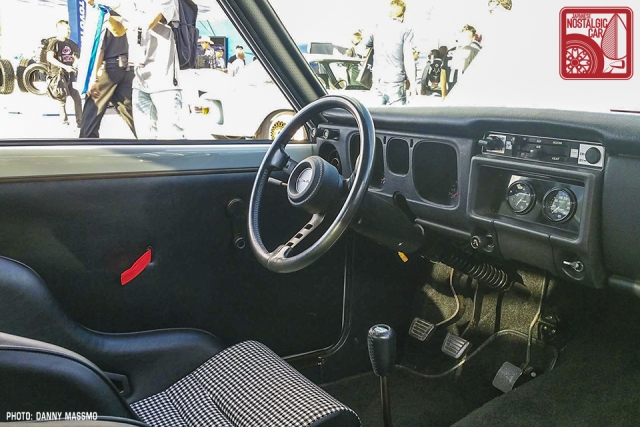 Much of the interior has been lightened for race duty. A custom door panel replaces the door handles with red pull-straps, and racing seats have been reupholstered with a classic houndstooth upholstery. The shop who designed it, BayDM, says it’s serial number 0001, meaning there could be more. Our only gripe is that it seems a fairly clean bone-stock example was used as the donor, and we hope future builds start with something a bit more far gone. 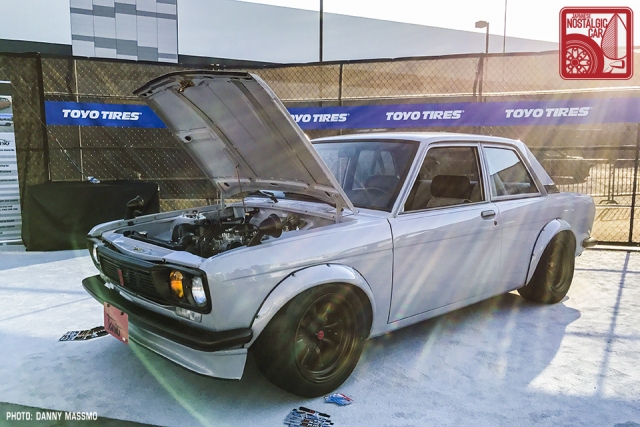 As with all great builds, the car was given a name, Tanto. In feudal times samurai carried two blades: the more popular sword known as the katana, and a shorter dagger-like companion blade called the tanto. That’s kind of the perfect name for a 510 – smaller than its 6-cylinder siblings but just as deadly a track weapon.