It’s that time of the year, the automotive spectacle that is SEMA is almost upon us. Manufacturers have begun to preview their builds soon to debut in ‘Vegas. For their part, Mazda just dropped a pair of special MX-5 Miatas. 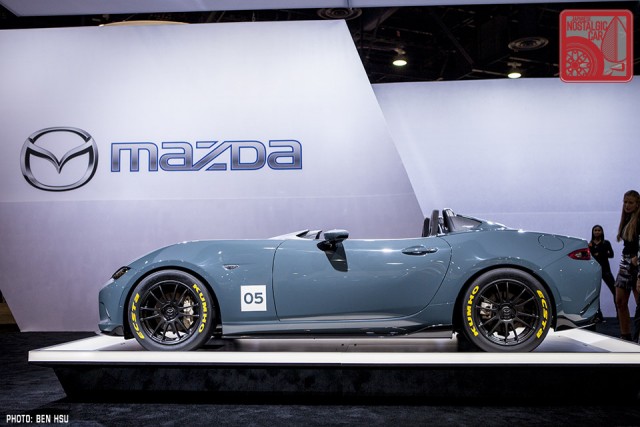 First up, a follow up to the MX-5 Speedster Concept Mazda debuted at SEMA last year. That superlight special proudly made do sans windshield, which, along with other lightening measures, shed 250 pounds compared to the stock ND. This year, Mazda managed to cut another 100 pounds from the car and finished it in a discreet shade called White Ether. That’s right, the MX-5 Speedster Evolution comes in at under 2000 pounds. Enough teasing! Put this variant in a limited production run, and an instant classic will be born. 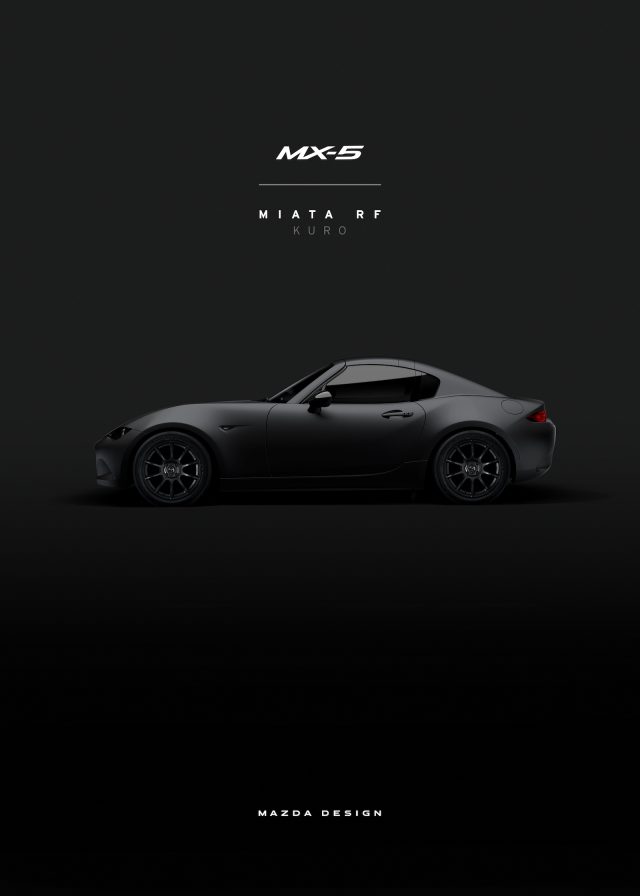 The other car Mazda prepared is called the MX-5 RF Kuro. Based on the new Retractable Fastback, this concept is painted in a semi-metallic matte black shade dubbed Kuro (which means “black” in Japanese). Importantly, it sports the adjustable suspension from the Global MX-5 Cup car along with RAYS forged wheels. It should be a hoot to drive on the touge and look good down the boulevard.

These ND concepts will make their SEMA debut on November 1st. JNC will be on hand to bring you live coverage, so stay tuned!