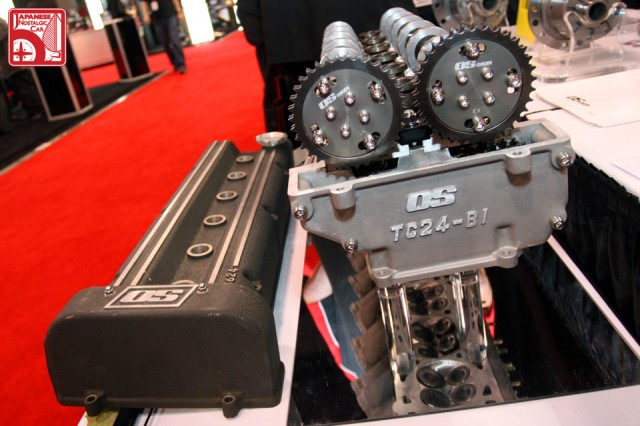 Behold what has been described as the holy grail for Datsun maniacs, the OS Giken TC24-B1! Imagine the sheer mad scientist insanity that must have flowed through Osamu Okazaki‘s brain for him  to conjure up an entire bolt-on twin-cam head, complete with valvetrain, for the Nissan L-series motor. 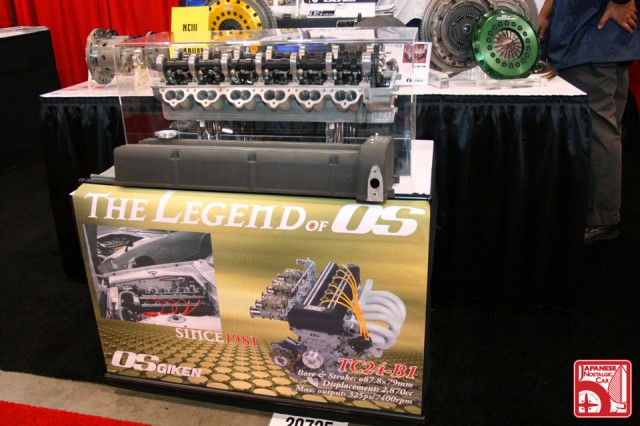 According to the OS Giken rep at the booth, only nine were ever made, and this one was taken out of a Nissan Fairlady Z in Japan and brought over just for SEMA. Others say that as many as 20 exist.

The TC24 actually originated from the TC16, a twin-cam head for the four-cylinder L-series engines found in Datsun Bluebird 510s. Supposedly, the entire cost of the project was 20 million yen in 1976.

Now, nearly three decades later, they’re thinking of making another run of 10 units or so. Anyone who wants the unicorn of aftermarket Z parts can then do so for the price of a cool $30,000. 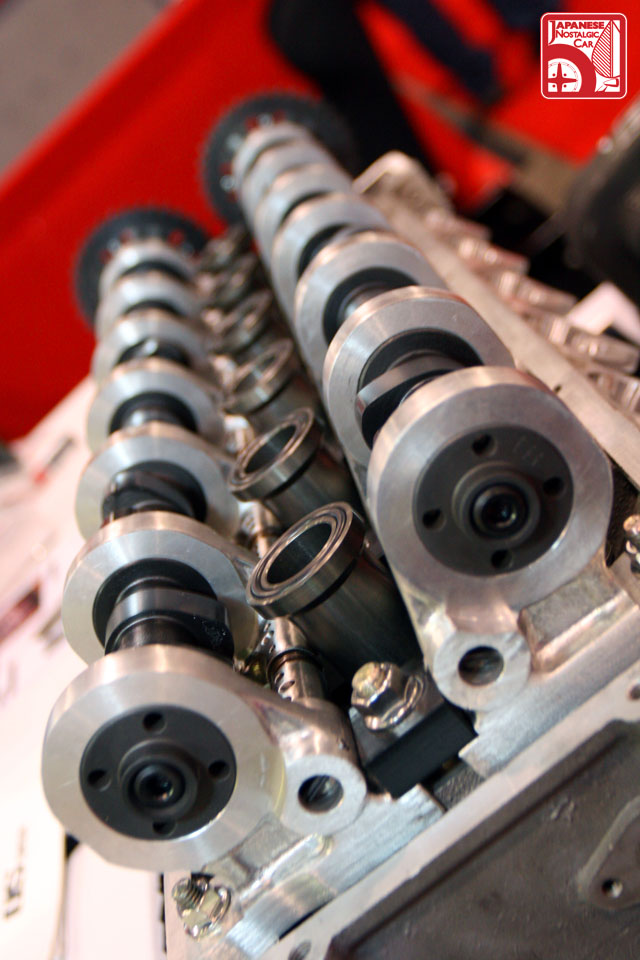 The head bumped the L-series’ horsepower output from about 150 to 320. Back in the day, any hashiriya who street raced with TC24-equipped motors were effectively running race engines, which was completely illegal. They lived by the credo, never pop your hood. 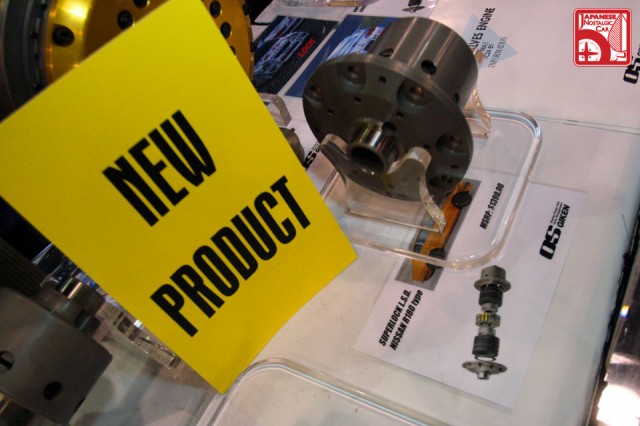 Elsewhere at the OS Giken booth was a Superlock LSD made for Nissans rocking R180 rear ends. Combine the two products and you get a one mad Datto.

For more information on OS GIken’s legendary head can be found on DatRats.com.au.

Hat tip to Zack K, who emailed us to say, “Get your asses to the OS Giken booth!”