In the late 80s, Nissan went crazy on concept cars, almost all of which never went into production, like the Mid4 supercar. But another concept that made a favourable splash was the Saurus.

Unveiled at the 1987 Tokyo Motor Show, the Saurus was a pretty fanciful concept. Powered by a mid-mounted 1.0 supercharged and turbocharged engine (which later appeared in the Micra Super Turbo) it promised lots of lightweight sporting fun, and its two toned, roofless buggylike styling touched a nerve at the time (when JDM cars were nothing if not conservative). 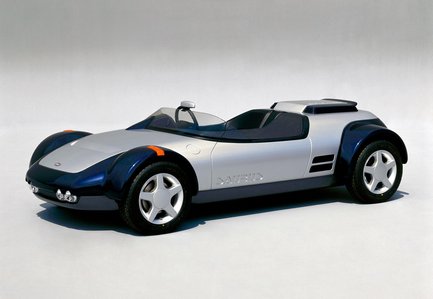 What made the concept even more fanciful (apart from the twincharged engine, which nobody would have thought credible had Nissan not actually put it into production 2yrs later) was that the Saurus was a part of a “Twincar” concept that Nissan was peddling that year. The idea was that rather than sell individual cars that tried to cater for every need (and hence ended up conservative, compromised and bland), Nissan would sell cars in pairs. 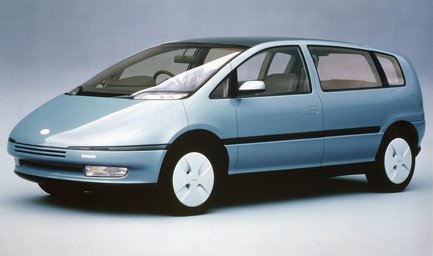 The Saurus was paired up with the Jura (above), a Honda Odyssey-like people mover, the idea being that between the two vehicles you would have the very best of both worlds. A fanciful notion indeed, especially in Japan where most people have scant space for even one car. But pushing the boundaries are what concept cars are for, and the Saurus gained quite a few flattering magazine articles sighing that it would probably never go into production, and within a short time it was forgotten, like all concept cars.

In truth, while the Micra Super Turbo engine was eventually put into production, the Saurus show car was really nothing more than a mockup, a non runner, with very low expectations of it actually making into production. It didn’t stop enthusiasts from marvelling at the performance potential of the Saurus however: with about half the mass of a Micra Super Turbo, at the projected 400kg weight, a production Saurus would have had a stunning turn of speed. 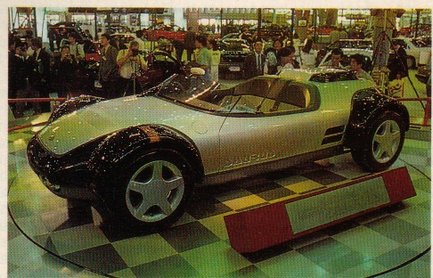 Then in 1989 something strange happened. Nismo announced a new race series called the Saurus Cup, a one make series of kit-built single seaters. Powered by a tuned CA16 DOHC 16v 130ps motor from the Nissan Sunny/Exa, the racecars featured a sheetmetal tub with double wishbone suspension all round. The CA16 was mounted longitudinally and drove the rear wheels through a Subaru transaxle.

The body was a moulded fibreglass replica of the Saurus concept car, although without the two-tone paintscheme, many of the racecars lost the distinctive look of the show car. The race car would also sit the driver centrally, like a Formula single seater, instead of the two-seat roadster layout of the showcar. 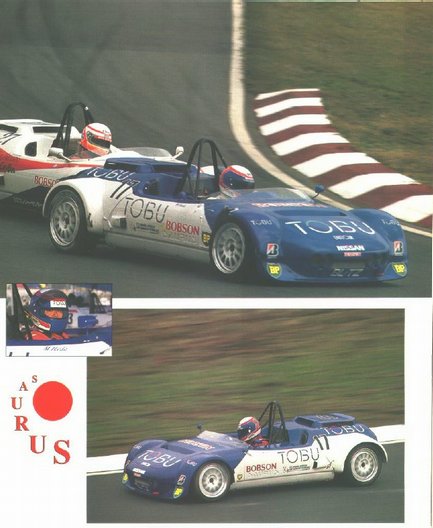 With only 490kg to push along, the Saurus racecars had a great power to weight ratio, and with a sticker price of only Y3mil (for a car eligible for a hotly contested national series) and control tyres and engines keeping costs low, competitors flocked to the series, which enjoyed chock-full fields of close racing from 1989 right through to the early 90s. The winner of the inaugural Saurus Cup race was N Hattori (of Best Motoring fame) who went onto touring cars, Indycar and JGTC later in his career. 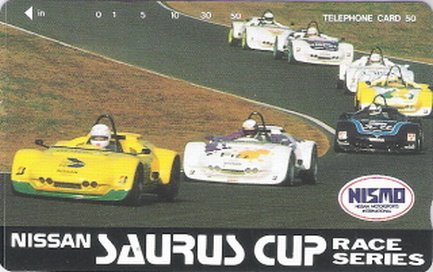 Along the way, a Saurus Jr series was announced (NISMO catalog below), with a 70ps SOHC 1.0L Micra engine instead of the CA-series twin cam. 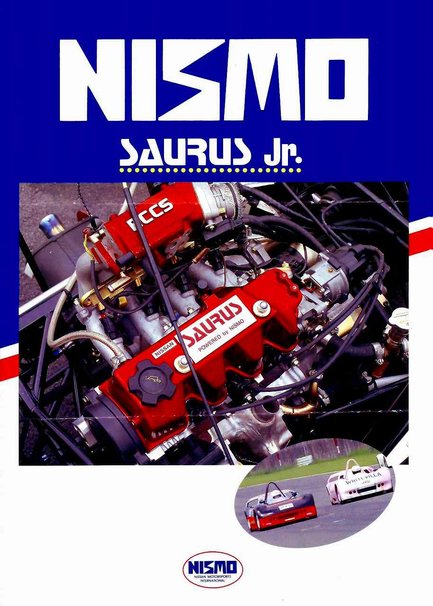 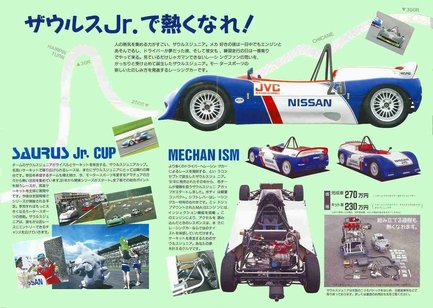 The Saurus race series may have done nothing for enthusiasts yearning for a real lightweight open-topped Nissan sports car, but at least it was one cool concept that didn’t just stay hidden in a museum somewhere.