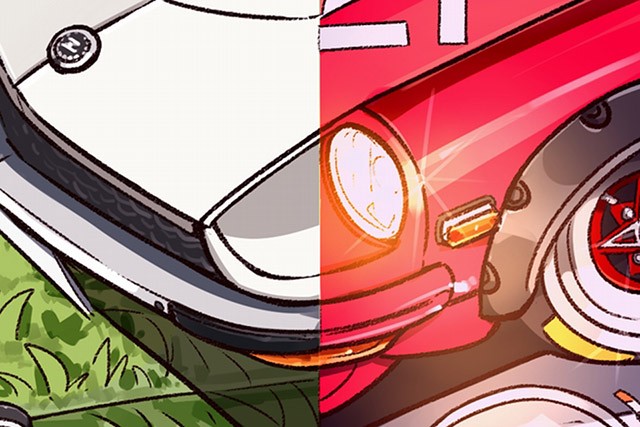 My Fairlady Z  is the second San Mamiya X JNC illustration, following Fuji Speedway, which was released at JCCS. The latest illustration takes a journey through the history of Japanese tuning via the life of one model that was loved by all, the S30 Z. 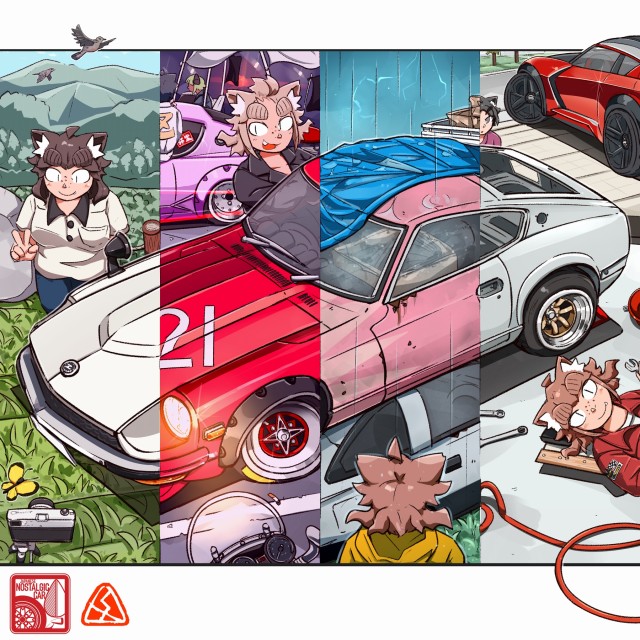 The first panel represents the 1970s, when Japan was filled with optimism following the Post-War Miracle years. Cars represented prosperity, freedom, and the idealism that gave Japan the bullet train, the 1964 Tokyo Olympics, and the 1970 Osaka Expo. Life was like a Ken & Mary commercial.

The third panel represents the Bubble Era of the 1990s. Japan was cranking out so many cool and technologically advanced cars that the older ones were getting neglected. Before they were nostalgics, these were simply used cars sent to languish in junkyards. Once they passed the 25 year mark, however, people began to rediscover them.

The last panel represents the 2000s, after the Lost Decade. A boom of Showa Era nostalgia saw enthusiasts restoring the cars with simpler, period correct modifications like Watanabe wheels and putting the car back to its original color. Perhaps someday we will all be driving sport crossovers like the Nissan Gripz, while a proper kyuusha sits in the garage.