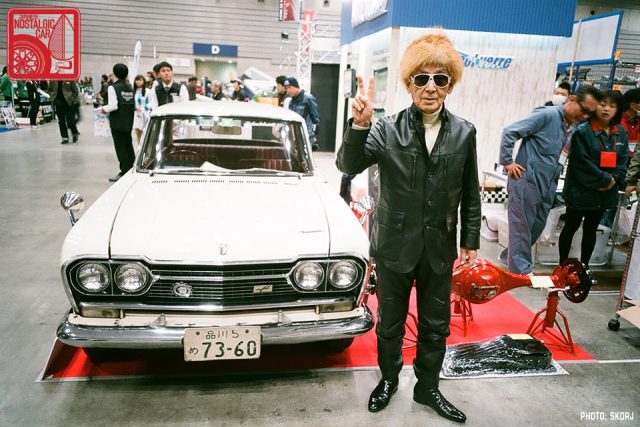 It was announced yesterday that on January 3, 2020, racing driver Yoshikazu Sunako passed away at the age of 87. The former Prince and Nissan works driver was a pioneer during the nascent years of Japan’s motorsports scene, perhaps most known for helping kick start the legend of the Skyline. Sunako came in second at the 1964 Japan Grand Prix driving his blue No.39 Prince Skyline 2000GT, a family saloon stretched to accommodate the straight-six engine of a Prince Gloria, and sent into battle against a purpose-built Porsche 904 Carrera GTS. 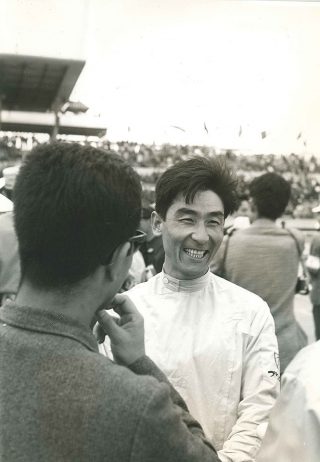 Sunako was born in Taiwan in 1932 and raised in the Kansai region of Japan. After graduating high school in 1951, he went to work for Sumita, an early Japanese motorcycle manufacturer. When Yamaha was founded in 1955, he moved on to the Shizuoka-based manufacturer.

He soon began to ride professionally for Yamaha, competing in local races and then in the World GP. In 1963, on a Yamaha RD56, Sunako placed as high as fourth the Dutch GP and second in the  in the Belgian GP, both in the 250cc class.

At the end of that year, he was hired by Prince Motor. The 1964 race proved to the company that they could be a force in motorsports, but that they needed to develop a purpose-built racer. In 1966, Sunako drove the Prince R380 race car and won the Japan Grand Prix, defeating the Porsche 906 that had become his nemesis.

That year, Prince and Nissan merged, and Sunako moved into the role of works driver for Nissan. There, he helmed such machines as the Nissan R381 and R382. Sunako also briefly ran a Nissan pilot program in Europe when the company explored motorsports expansion there in the late 1960s. Sunako also went on to drive the Hakosuka Skyline GT-R when Nissan shifted its focus to touring car racing.

After retiring from racing in the 1970s, Sunako became a businessman but still often served as an ambassador for Prince, Nissan, and the their associated motorsports activities. For more, you can read our 2016 interview with Sunako-san.