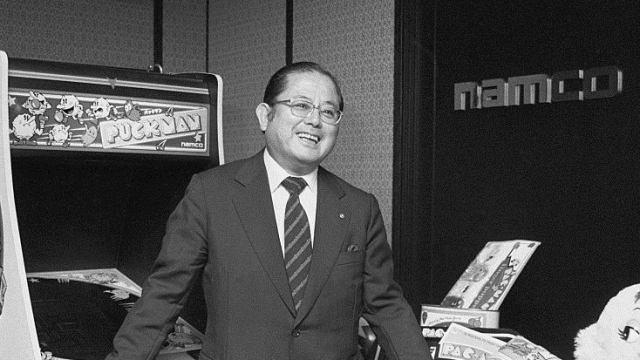 Video game pioneer Masaya Nakamura passed away on January 22 at the age of 91. News just broke in Japan, leading to an outpouring of love for the man whose company gave the world Pac-Man. However, before the round yellow ghost-hunter became a global phenomenon, Nakamura created several coin-operated ways of bringing kids and cars together.

In 1955, Nakamura-san founded the Nakamura Amusement Machine Manufacturing Company, later abbreviated to the more recognizable Namco. As the name implies, the firm’s original business was not video games (which had yet to be invented) but children’s amusement rides for department stores, the kind where you put in a couple of coins for a ride on a plastic horse. 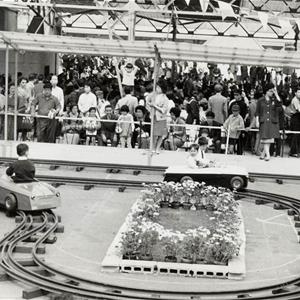 In 1963, Nakamura expanded that concept to Roadway Ride, where the vehicle actually moved along a winding track. The first was installed on the roof level of Tokyo’s famous Mitsukoshi Department Store, and proved so popular that it soon spread to all Mitsukoshi stores. If you look closely, the ride’s car looked liked a simplified version of the then-new Datsun Fairlady roadster.

In 1970 Namco created its first arcade cabinet style racing game, called simply Racer. It had no actual pixels; instead, it used an eremeka, or electro-mechanical projection system, in which a clear film of the track was projected onto the screen. Perhaps what is most telling about the age of the machine was what players used to control the in-game car — a large, thin-spoked wooden steering wheel.

Namco was still operating its amusement ride business simultaneously, and in 1973 partnered with Honda for a ride featuring a real Honda Dax minibike. It was quite possibly the most realistic department store ride ever created. Its operation, a few minutes for just ¥30 (about 30 cents), can be seen in this YouTube video.

The success of Racer eventually led to Namco’s first US racing hit, 1976’s F-1. In the video above, you can see how the electromechanical projection technology worked. There was actually a rotating track and model cars inside the machine! 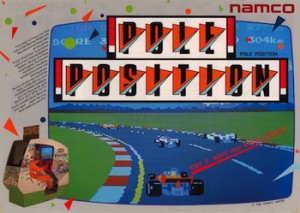 Of course, Namco’s most famous racing game was probably 1982’s Pole Position. The groundbreaking video game became the highest grossing arcade game in the US in 1983 and would influence generations of racing simulators to come. It was also notable for being the first game to feature a replica of an actual race track, in this case Japan’s legendary Fuji Speedway.

Of course, Namco went on to great many great racing games, including the multi-player Final Lap, Winning Run and Ridge Racer series. It was probably impossible for Nakamura-san to truly know how much he influenced generations of car enthusiasts, but it’s hard to imagine any JNC reader whose lives were not touched in some way by one of his creations. RIP.