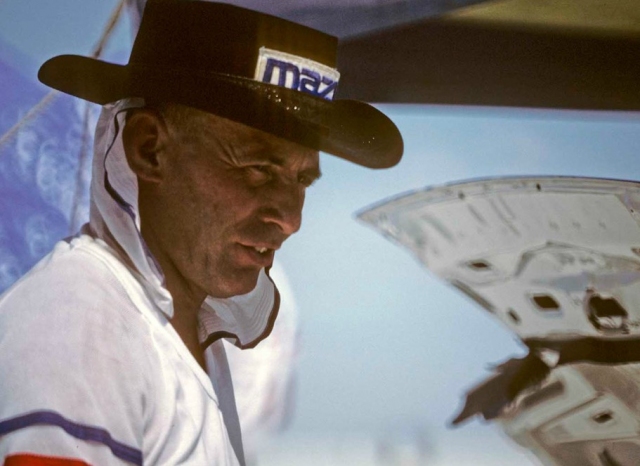 2016 may be over, but we’re sad to report that on its way out an already tough year has claimed yet another luminary from us. Jim Mederer, co-founder of the renowned Mazda tuning house Racing Beat, passed away on December 27th after a long battle with cancer. 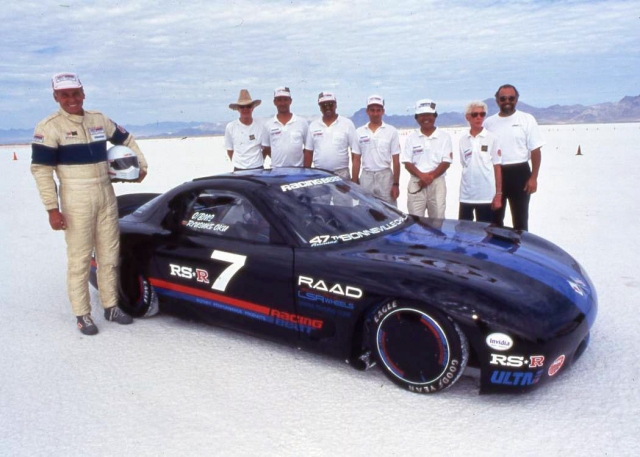 For Mazda enthusiasts both old school and new, Racing Beat needs little introduction. It’s one of the go-to sources for suspension and performance upgrades, not just for rotary Mazdas but also Miatas and cars like the Mazda3 and Mazda6. Their catalog of aftermarket parts deliver considerable dynamic improvements while, impressively, also retaining a good balance of usability. This is largely a result of Jim’s philosophy as Racing Beat’s chief engineer. 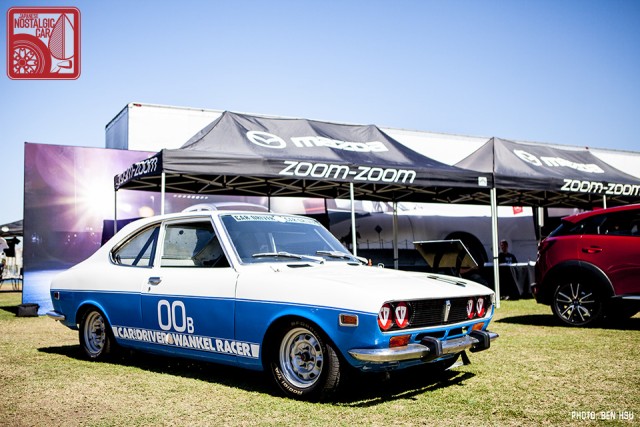 Racing Beat was founded in 1971 in Southern California by Jim and his racing partner, Takayuki Oku, to develop and build rotary engines for racing. Initial success came with their fuel-injected race engines for dirt track midgets. Racing Beat quickly achieved fame in 1973 when they developed the race engine powering the Car and Driver RX-2 — the first Mazda in North America to achieve major victories, paving the path for a racing dynasty.

The following year, Racing Beat began development in another area that would become their point of fame: land speed record at Bonneville Salt Flats and El Mirage Dry Lake Bed. Beginning with the RX-3 — again in association with Car and Driver — Racing Beat would go on to build all three generations of the RX-7 for land speed runs and establish records, some of which still stand today. 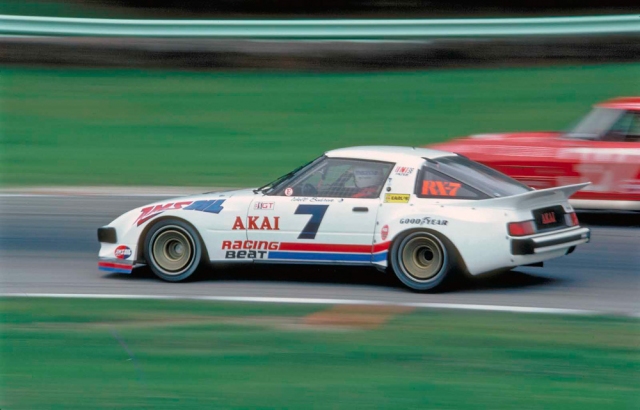 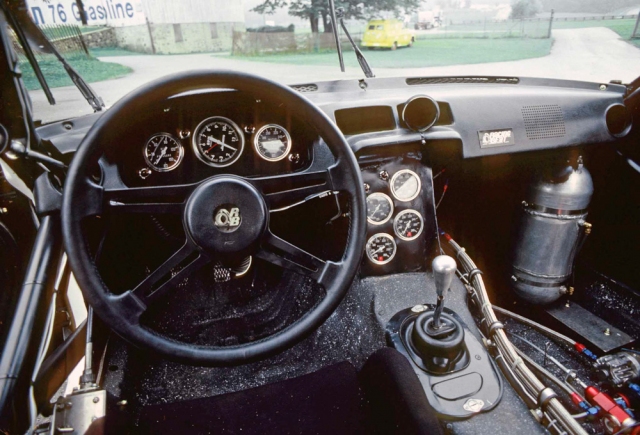 Racing Beat also participated in endurance racing with the RX-7 in the GTO class, famously winning the 24 Hours of Daytona and Mosport 6 Hours in 1983. The RX-7 remains the single winningest model in IMSA history, thanks in part to Racing Beat’s accomplishment.

Track endeavors aside, Racing Beat also carried out engineering development of the rotary engine for other applications. This includes a single-rotor experimental engine for NASA, a turbocharged rotary engine for seismic drilling, a 1000hp aircraft engine for short airstrip take offs, and an advanced rotary engine power generator. This last system, the Advanced Power and Energy Program, was done in collaboration with University of California, Irvine and Mazda. It encompassed a natural gas powered RENESIS engine as a power generator with optimized energy recovery from heat waste. These activities demonstrate the depth of engineering prowess of Jim and his crew. 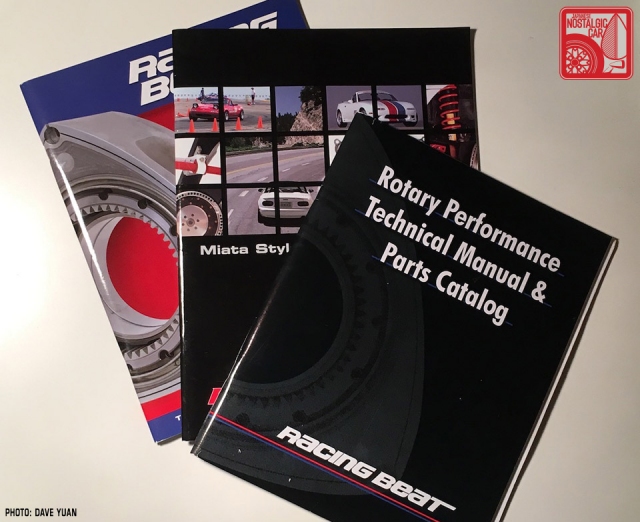 In more recent years, Racing Beat branched into aftermarket development for street cars. Suspension modifications were always one of its fortés, and the shop offers uprated springs and anti-roll bars engineered and manufactured in-house for a large variety of street Mazdas. In addition, Racing Beat is also known for their intake and cat-back exhaust systems, some of which are optimized both for street performance and track-day regulations. The shop also remains a parts and knowledge repository of Mazda RXs and Miatas, with their famous catalog an aptly and veritably named technical manual.

Last but not least, Racing Beat famously developed prototypes and high-performance models in collaboration with Mazda. A visible example was the Mazda Protegé MP3. Much more than a Winamp on wheels, the MP3’s comprehensive chassis tuning by Racing Beat endowed it with astonishing handling characteristics — it ran slalom at the same speed as a Porsche 911 Turbo. Racing Beat continued development of the MP3 into the subsequent turbocharged MAZDASPEED Protegé. 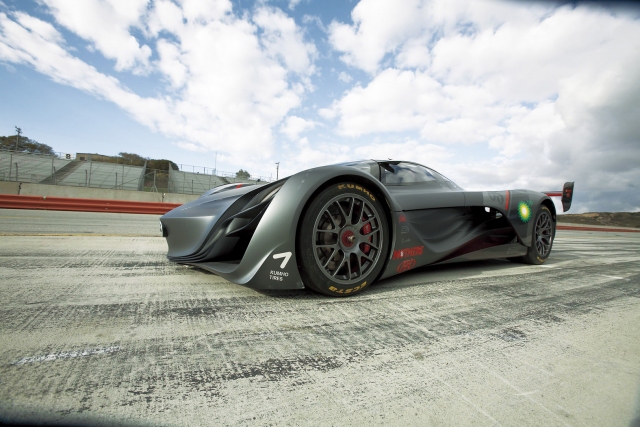 Racing Beat also built the 3-rotor 20B engine that powered the Furai concept car and participated in the development of the supercharged RX-8 prototype that graced the cover of a fall 2004 issue of Road & Track’s SPEED magazine. Racing Beat’s aftermarket components also made it into SEMA cars such as the NC MX-5 Spyder and Super20. 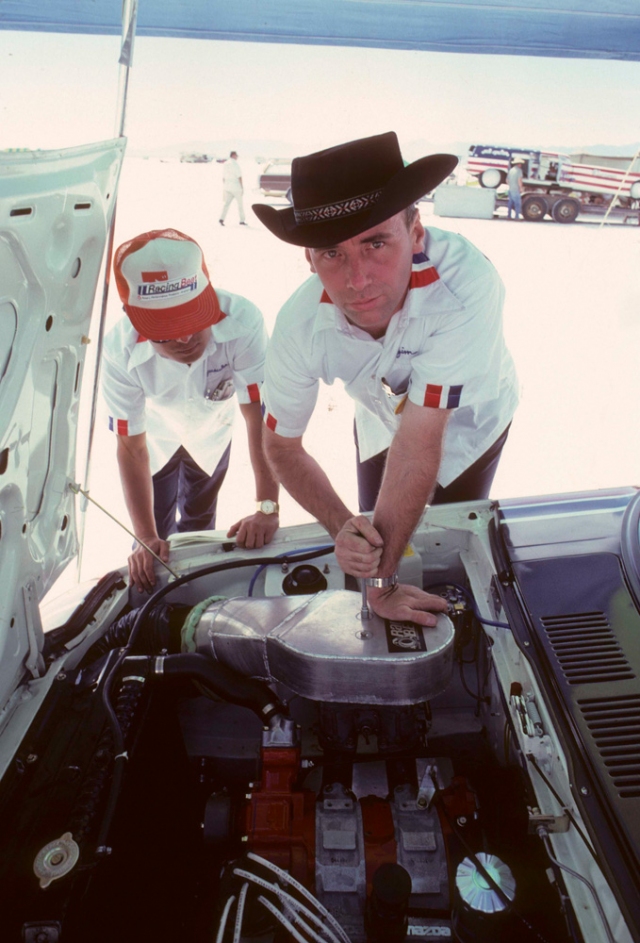 Needless to say, Racing Beat is a cornerstone of the Mazda community. Outside of his duties as Racing Beat’s chief engineer, Jim was a skilled craftsman, having single-handedly built a mountain home for his mother as well as his own home in Anaheim, CA. He also built a Glasair airplane himself and was an accomplished pilot. Jim Mederer’s legacy lives on with Racing Beat, but he will missed. 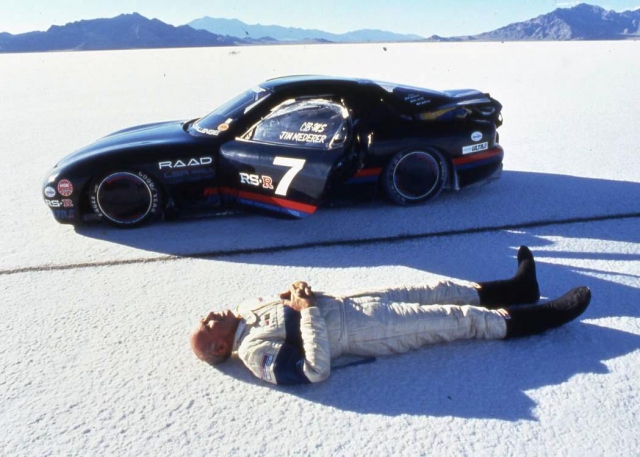