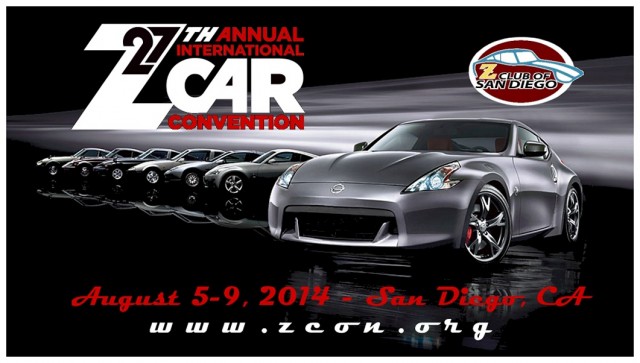 ZCon 2014 is coming up soon, and this year the organizers have a lot of great thing planned. First and foremost, you should know that this is not a Z-only gathering. While Zs from 240 to 370 are definitely a large part of the festivities, the organizers have plans to include Nissans and Datsuns of all stripes.

The week-long celebration of the Z takes place in San Diego this year, and is a 27-year tradition of the Z Car Club of America. You can see the full calendar here, but highlights will include:

Registration can be done here at the ZCon website. See you there!