Today is Strawberry Day in Japan. The Japanese word for strawberry is ichigo, but as it happens, the Japanese pronunciation for the number one is ichi and the pronunciation for the number five is go. So “one-five” becomes “ichi–go” and January 5 becomes Strawberry Day. But we’re not here to talk about some puny red fruit. We’re here to celebrate the most fashionable wheel ever to prowl these mean streets, the Rays Vesta Eins Glacé.

The Eins Glacé debuted in 1993, marketed under Rays Engineering’s Vesta sub-brand. We don’t know what inspired the fraise tri-spoke but fashion-oriented wheels were quite popular during that era, a side-effect of the immense car customization boom at the time. 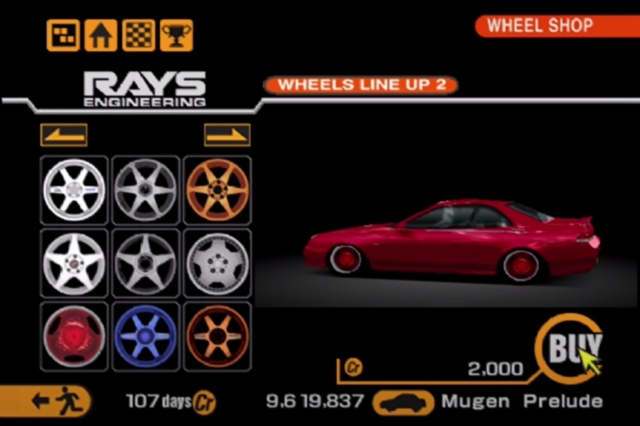 The wheel even made appearances in multiple Gran Turismo installments. Without knowing what it looked like in real life, it would have been hard to discern. But there it is, right next to the legendary TE37. In the game you could put any wheel on any car, and it would magically shrink or enlarge to exactly the right size and fitment. In real life, though, there’d be no way to put an Eins Glacé on a Honda Prelude.

That’s because, as far as we’ve been able to tell, it only came in a 13-inch size. Photos of the wheel are incredibly hard to find, but of the four sets or so that we’ve come across all have had 13×4.5J fitment. Beneath the calyx the wheels are drilled for a universal lug pattern, supposedly good for 4×100, 4×110, and 4×114.3 hub bolts.

In short, the Eins Glacé was made for kei cars. As such they weren’t created for performance but to pair with a cute 660cc city car. And not to be sexist, but there’s a significant number of kei cars and trim levels of regular cars marketed to women, many of which have fruit and dessert names like the AE86 Corolla Levin Lime.

In today’s enlightened times it might be just as likely to find a set of Eins Glacé proudly sported by a dude, though perhaps as an ironic hipster statement. If you can find a set, you just might have the final flex on the stancekids with Ronal Teddy Bears or 1000 Miglia Daisies. Plus, this cute design comes from the same company that makes the wheels for Toyota’s state-of-the-art 24 Hours of Le Mans-winning prototype. You can’t get better provenance than that. Happy Strawberry Day from JNC!