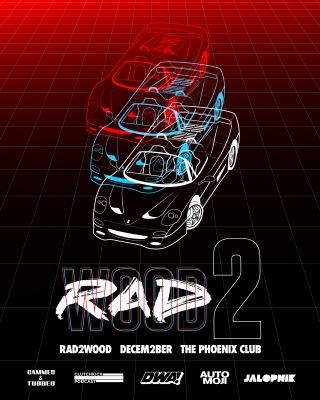 Radwood is coming to southern California. What is Radwood? It’s a car show focused on the 80s and 90s lifestyle. Think Goodwood, but, you know, rad.

The first Radwood took place in June in Brisbane, California. Though we couldn’t attend that one, it was successful enough that the organizers have decided to host a second one, Radwood 2, and this time it will be in Anaheim. All cars built between January 1, 1980 and December 31, 1999 (plus continuation models) are welcome. It’s not limited to Japanese cars, but as JNCers know this era spawned some of the best Nihon steel ever built.

Radwood is more than just a car show. “Period dress is compulsory,” say the organizers, “So get your Michael Jackson jacket, acid wash jeans, BIG DOG t-shirt, mirrored sunglasses, or Hypercolors out of storage.”

The event will take place December 2, 11am to 5pm at the Phoenix Club in Anaheim. Come by the JNC booth and say s’up.