Radwood is Goodwood for cars of the 80s and 90s 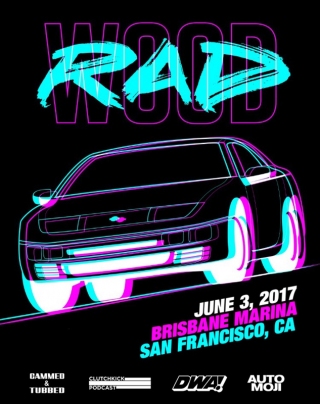 A new car show in northern California just might have the best name ever in the history of car shows. Described as Goodwood for 80s and 90s cars, Radwood will be held on June 3 in San Francisco, California.

Basically, 80s and 90s costumes are mandatory, and any cars of any country of origin are eligible, as long as it was built between January 1, 1980 and December 31, 1999. This is a concept we can definitely get behind.

Modifications are allowed, but they must be of the era. “This is not about stance, because that’s not period correct,” co-founder Art Cervantes explained. In addition, there will be a special section for “Radwood Royalty,” which Art described to us as “cars that capture the essence of the era, like a white on white Testarossa or a black Back to the Future Toyota pickup.”

If you would like to participate, you can register here. The show will open from 8am to 2pm. Admission is free.

permalink.
This post is filed under: Uncategorized and
tagged: Radwood.