QotW: Which JNC is the rarest coelacanth? 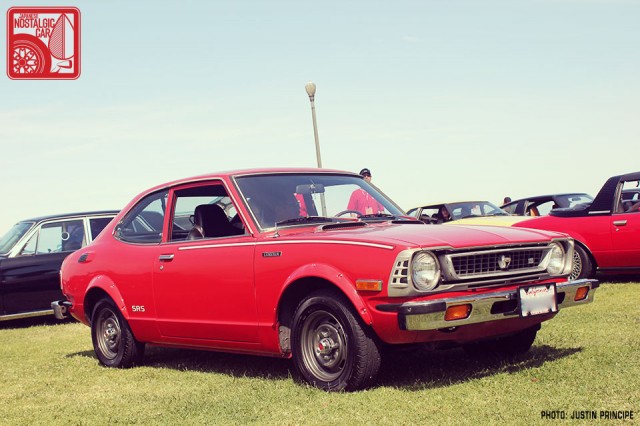 The coelacanth was  a species of deep-sea fish thought to have gone extinct 66 million years ago, during the age of the dinosaurs. That is, until 1998 when the L. menadoensis species of coelacanth was rediscovered in modern times by a UC Berkeley marine biologist at an Indonesian fish market. Not knowing how rare it was, he did not buy it. We think it’s an appropriate term that can be used in the automotive world as well.

Which JNC is the rarest coelacanth?

At Toyotafest we spotted an all-original 1974 Toyota Corolla SR-5 with only 27,600 miles. It was the top-spec version of the TE27 offered in the US, equipped with a 2T-C mated to a 5-speed manual — one more gear than the standard — but with the factory metal fender flares found on the twin-cam 2T-G version sold in Japan and never exported to our shores. Most were driven into the ground or converted to race cars. Some were brought back to life and nowadays Japan-spec examples have slowly migrated to our shores, but a bone-stock USDM version? We thought there weren’t any left.

What say you, dear reader? As always, the most entertaining comment by next Monday will receive a prize. Scroll down to see the winner of the last QotW, “Which JNC should Cameron keep?”

There were many fantastic answers this week, from Gary’s well-reasoned case for the 510 to Serg debating the merits of all three, but like Cameron we had to choose just one, and that winner is John M, who sayeth:

The Toyota. It is all the riding-in-the-back-seat and similar stories that put the N in JNC. And if you can remember Hell Freezing Over in that car, it must be a sign. Seriously, how often does that happen?

32 Responses to QotW: Which JNC is the rarest coelacanth?