QotW: Which Japanese automaker has stayed truest to its roots? 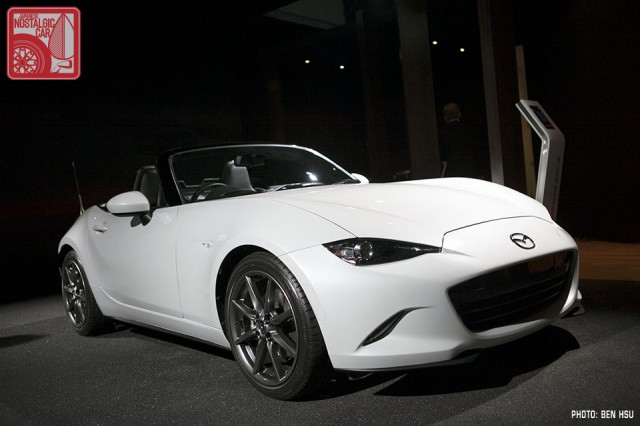 Holy crap, the curmudgeons really came out in last week’s QotW responses. Well, we asked for it. This week, however, we’ll take a more positive spin.

Which Japanese automaker has stayed truest to its roots?

We’re going to risk the wrath of thousands of Mazdafarians breaking down our doors with sharpened eccentric shafts by saying that it’s the little automaker that could from Hiroshima. Sure, the magnificent 7 is no longer in production, nor is its revolutionary centerpiece engine, but everything we know about the new MX-5 says that it’s so pure, so true to the original without being a thoughtlessly bloated counterfeit that it gives us hope for the automotive industry as a whole. If it’s a hairdresser’s car, then call us Zohan.

What say you, dear reader? As always, the most entertaining comment by next Monday will receive a prize. Scroll down to see the winner of last week’s QotW, “Which Japanese automaker is furthest from its roots?”

A few of you wise-asses noted that Mazda no longer makes corks, Toyota looms, and Mitsubishi coal mines. Rayson‘s quote about Mitsubishi Motors being run by the guys in charge of rice cookers was hilarious, as was Coltspeed‘s policing of Nissan’s taglines, while JDMjunkies‘ comments about Honda evoked more sadness than humor. However, the winner this week was Jim-Bob, who mourned the downfall of that greatest of marques:

I have to go with Geo here. What was once a proud company known for it’s long tradition of badge engineering is no more. In it’s day it came up with such exquisite badges as Metro, Spectrum, Storm, Tracker and Prizm- some of which even featured actual mechanical engineering work that was done in house! (Usually this work was on the parts that detracted from the overall quality of the product.) Sadly though, this illustrious brand is no more. Even the vehicles they had rebadged are now no longer sold through Chevy and Pontiac dealers. Where once these cars offered an island of quality in the desolate wasteland of economically priced GM products there are now only badge engineered Daewoos and Chinese market cars. Yes, the Prizm may have been a beige Toyota Corolla under the skin but dammit! It was still a better car than the Cavalier that sold along side of it! Oh Geo, where are you now? The world needs more badge engineers like you!

15 Responses to QotW: Which Japanese automaker has stayed truest to its roots?