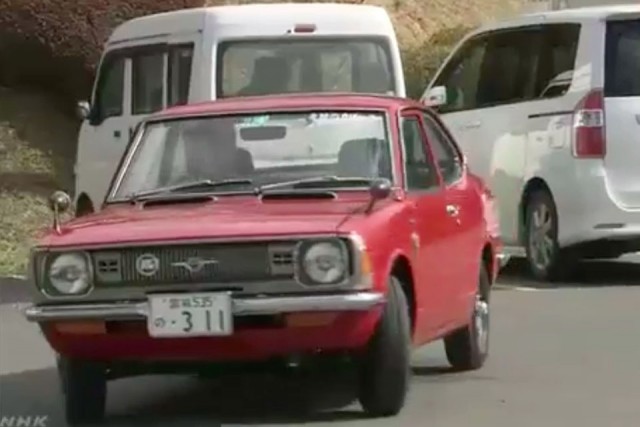 Somehow, old cars inspire tales of friendship, camaraderie, and bringing out the best in your fellow humans. Case in point: this weekend we learned about an entire country that banded together to help one owner restore a Toyota Corolla that had been wrecked by the 2011 tsunami.

What’s your most heartwarming JNC story?

What say you, dear reader? As always, the most entertaining comment by next Monday will receive a prize. Scroll down to see the winner of last week’s QotW, “What’s your best tale of JNC indestructibility?” 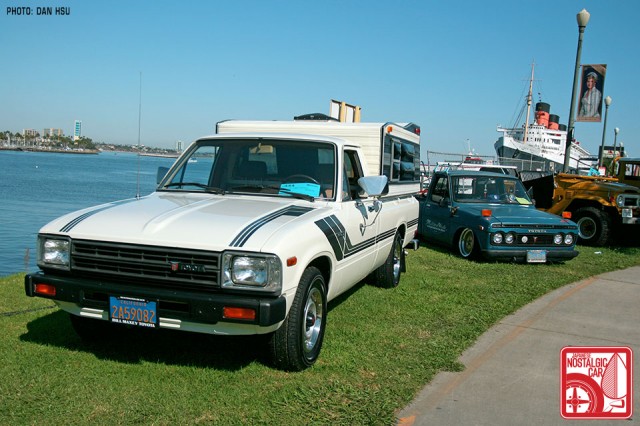 We had a great many tales of JNC unbreakability. There was Banpei‘s anecdote of a workhorse Carina wagon that outlasted any number of European counterparts, dickie‘s resurrection of an ex-farm implement Cressida, Spudenater‘s report of a Hilux that endured life with the chaos personified, and Jim Daniels‘ account of a Corolla that went 180,000 miles without an oil change. Come to think of it, these are all Toyotas, including the winner, Colin‘s inspiring tale of Hilux heroism (which could be a strong contender for this week’s QotW too):

I’m not going to buck the trend here, with my vote going to a particular RN30 Hilux I used to own.

I was living in South Western Australia and driving my little truck daily as a work hack to and from the mines. She mowed down her fair share of roo’s, and traversed many empty kilometres of bush with nought but a shovel and a jerry can strapped to the deck.

I had been running her rather hard for a time, and had been meaning to get to fixing the valve clearances in the little 12r when a calamity struck not far from home. Bush fires here are very lethal unpredictable beasts, moving quickly across the grassy scrub they try to farm here, and one had been lit by a firebug the night before.

I headed down the road towards the smoke with the little four banger coughing along as it always did and upon arriving spent some time helping the boys in blue direct traffic around the fires. The footy was on and it seemed every man and his dog was trying to make it to the Fremantle game that evening, so they had their hands full. After some time a older gent came galloping out of the smoke from up beyond the detour, making a fair clip and looking like he’d just spent a lifetime in the coal. Upon reaching me he asked if I had wheels and could I help him. I agreed and we jumped in the ute, barrelled back up the highway and into the smoke, heading towards his property. He said he had a bunch of stock corralled in a paddock next to the house but didn’t think the house was going to make it, so could I use the ute to shift the stock to some land out of the fire’s path about six hundred metres away on the other side of the highway. Sure thing, may as well have a crack.

We shifted about two dozen sheep and one heifer in three trips. I had most of them in the tray but did the first two trips with three sheep in the cab alongside me as well. The smoke wasn’t helping the little motor much but it lurched out of the paddock every time, and got it’s pep back when the loads came off. After the third trip I found the man at his house crying. His tears were smeared all over his face, blackened from the smoke, and it was one of the saddest sights I’ve seen in my life. It was his father’s place before him, and he was heartbroken at the prospect of losing it. At that moment I made a fairly dumb decision and told him I thought we could try saving it.

I parked the ute about twenty metres from the house as it had a full jerry on the back and three quarters of a tank still underneath it and I didn’t want it to blow us up if we got overwhelmed. At that point I pretty much accepted I wouldn’t ever drive her again. We then spent the next two hours soaking his roof with the rain water tanks and a little 2.5hp honda pump, while the fire bore down on us from the North West. The smoke was so thick we lost most of the daylight, and our only respite was when the helicopters flew over our heads and momentarily spun it away in the rotor wash. The fire came with ten to fifteen metres of the house in some spots, and it was at that point, with a break in my water supply from the pump, that we abandoned the house to the will of the fire. I found the old bloke in the back yard trying to fix a large leak at the pump connection. A small spot fire had started under the pump and melted the hose. We made for the driveway hoping we could shelter on the tarmac of the highway and walk up past the fire to an already burnt area out of the bulk of the smoke. The farmer was in a pretty bad way, and pretty slow out the gate so when the ute appeared out of the smoke I thought we’d give it a shot. I popped him down in the passengers seat and fired it up, then we drove out of the fire by pushing further up the road as we had planned.

I’ve got to apologise at this point for making you read so much, but it is quite important to understand the context of the situation. My little white Toyota had weathered the fire storm, and delivered myself, the old farmer, and his animals to safety, without so much a hiccup when our lives all depended on it. It was only after the event that I noticed the melted paint, charred window rubbers, and the black remains of my red plastic jerry can, which I’m guessing exploded at some point while I was on the roof.

I fixed her up and sold her last year, and every once and a while I see it around my town with her new owner giving me a wave from the behind the wheel.

I do wonder if he’s finding soot and wool in odd places every now and then.

P.S. Thank you for the opportunity to share that story, it was quite cathartic to write about and gave me a chance to clear my head of what was a very emotional experience.

5 Responses to QotW: What’s your most heartwarming JNC story?