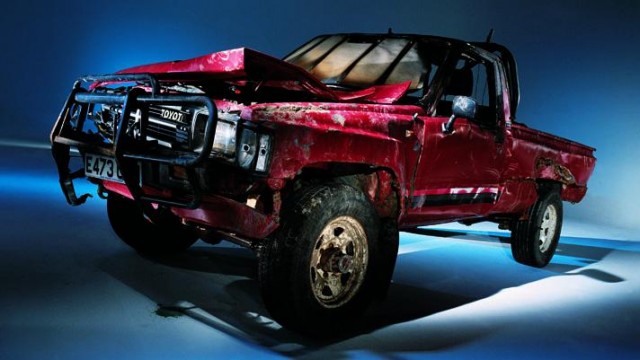 One of the greatest things about owning a JNCs is its reliability. Think that’s boring? Well, while macchine nostalgico Italiano owners are leaking vital fluids, Deutsch nostalgischen auto owners are trying to figure out why you need to remove the transmission to change a bulb, and British reminiscing motorcar owners are studying for Master’s degrees in electrical engineering, JNC owners are out there driving their cars. We’re so cocky, we sometimes even willfully abuse our cars, knowing they’ll just roll with the punches.

What say you, dear reader? As always, the most entertaining comment by next Monday will receive a prize. Scroll down to see the winner of last week’s QotW, “What once-common car has suddenly disappeared?” 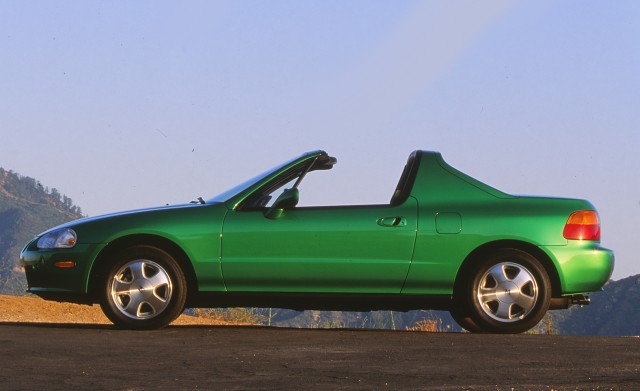 There were a great many answers this week, ranging from Clark McCrery‘s very specific suggestion of a tuned 9-second Supra to Killer Bee‘s blanket statement of any 80s or 90s Mitsubishi. However, in the end it was mrbill‘s comment that had just the right balance of humor, reasoning and proper grammar:

Maybe the heavy-handed Honda heaven depicted in the lead-pic is stirring my subconscious thought on this one, but one ride I used to see everywhere was the funky little bean known as the Honda Del Sol. I realize it has not yet reached nostalgic status, but it answers the question.

These weird little Hondas used to be thick like gnats in my part of Oklahoma, which is crazy because they’re pointless little cars that don’t offer you anything you can really use. Not even a back seat! Man did people love them though.

For a solid few weeks in the Spring and Fall you could actually pull the top off and enjoy the windy, sun-filled sky. The rest of the year it was either ball-drippingly hot or snot-freezingly cold.

Here’s to Joe! My weird little brother that loved his blue Del Sol enough to try and give it some life via an internet purchased cold-air intake.

I haven’t seen one on the road for some time…maybe that’s a good thing.

20 Responses to QotW: What’s your best tale of JNC indestructibility?