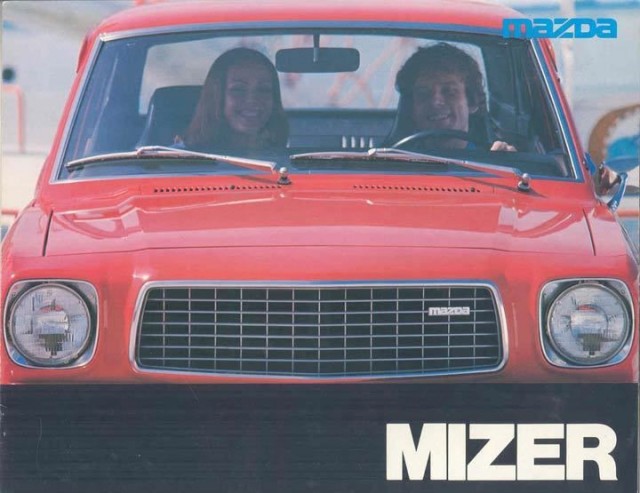 Tomorrow is Earth Day, and if we can get real for a moment let’s admit that one of the main reasons Americans bought Japanese cars by the boatload is because we’re cheaper than Scrooge McDuck when it comes to fuel. Japan and Europe pays more than $7 a gallon at the pump and we practically pick up the pitchforks to revolt when dead dino juice rises above the $4 mark. Luckily, many JNCs got Prius-like fuel economy 25 years ago.

Back when we were just starting JNC, we had to buy a car with hauling capacity for long-distance driving. It looked like choices were going to by a new-ish SUV or van of some sort, but then lady luck called. In 2005 I had left a note on a 1986 Toyota Cressida in a Seattle parking lot, asking the owner to contact me if they ever wanted to sell it. Apparently, she’d kept my note for two years and finally decided to part with it. $1000 and a one-way ticket later we had our JNC wagon, averaging 26 mpg down to LA despite some, uh, spirited driving in the mountains of northern California. It’s not CRX HF territory, but it was better than any vehicle with similar cargo capacity in Toyota’s lineup at the time.

What say you, dear reader? As always, the most entertaining comment by next Monday will receive a toy. Click through to see the winner of the last QotW, “What’s your greatest Mazda MX-5 story?”

Last week’s winner comes from LM, a tale that involves, in no particular order, a broken condom, medical marijuana, a five-car accident and an impossibly tough Miata. We’ll let her take it from here:

I was 25, driving lots of freeway miles for work, and despite having only street parking in a beachfront southern California neighborhood, I decided it was time to procure a quarter-life crisis car. I had (still have!) a perfectly serviceable Acura Legend coupe, but wanted something small, fun, and cheap. The answer is always Miata.

Did I mention I didn’t know how to drive manual (I’ve since learned)? Thus I obtained one of the two auto NA Miatas available at the time. Owned by the seller’s deceased mother-in-law, with only 80k in its decade-plus of life, and with all interior plastics clawed by either a scrabbling Shi Tzu or a family of ferrets, it was mine for a pittance.

I had a good nine months with it, despite regular trips to the Inland Empire in sweltering weather with non-working AC, arriving at at clients’ offices sweat-sodden, keeping my back to the walls so that my clients wouldn’t think their rather expensive IT girl a total mess.

And then I had a very bad day. It started with great sex, followed by a broken condom. Ever-resourceful, I found a pack of old birth control pills that, luckily enough, could be used as emergency contraception if taken in multiples of 8 or so. But with unfortunate side effects — utterly incapacitating nausea and misery. My partner at the time suggested I beta-test something from the family business — medicinal marijuana tinctures.

Allow me to digress – I don’t smoke pot. I’ve never really enjoyed it, but given the circumstances, I thought a few droppers of cannibis-laced alcohol would do me good. I started to feel better, and decided it would be a good idea to go to the gym.

The Miata and I nearly made it to the destination, but someone pulled out into 50mph traffic some lengths ahead and everyone slammed on their brakes. The Miata, lacking ABS, didn;t appreciate my sudden stop, and I slid into the Civic ahead of me.

A simple fender-bender? No. According to the 5 friendly CHP representatives at the scene, I caused a five-car pileup by rear-ending the Civic. Three of the four victims’ vehicles were rendered un-drivable and towed away, including 2 SUVs.

Did I mention I was technically high?

The damage to my Miata? Cracked paint on the bumper; nary a dent or dislocated panel. I attempted to school the officers in the laws of physics, arguing that a single-ton vehicle simply couldn’t have caused a debilitating chain-reacting wreck without significant body damage of its own and that someone ahead either hit first. They were unconvinced. My fault. Cited. Insurance payout over $30k, not a cent of it spent on my vehicle.

I ended up getting a job out of state and sold the little battering ram that could, but not before treating its front bumper to the finest re-paint Maaco offered. Maaco couldn’t match the metallic paint and re-did the entire car for free, and I bid the car farewell….