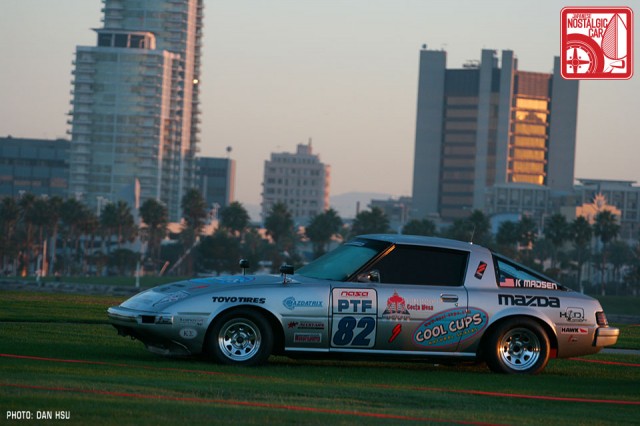 You are starting a JNC grassroots motorsports team, and you’re going to compete in three distinct racing types:

You’re going to need one dedicated car for each of the three series. You get a $25,000 budget, including any performance-oriented modifications. We’ll say that for the sake of this game you don’t have to budget for things like roll cages or running costs such as fuel, entry fees, or a tow rig; the budget is just for the race cars. The only restriction is that each car has to be a JNC. You can import something from abroad if you wish, and since they’re race cars you don’t have to worry about federalization. However, you will have to factor in shipping costs if you go that route.

The most entertaining comment by next Monday will receive a prize. Scroll down to see the winner of last week’s QotW, “What are your favorite automotive-themed watches?“

Like we said when we asked the question last week, no one on the JNC staff really knows much about watches. There were several that caught our eyes when perusing the answers, though, like Ridgeway‘s Honda MP4/4 F1 commemorative Seiko, j_c‘s Mazda rotary-inspired MB&F, and Ian N‘s Subaru 360 anniversary Orient Star. Some of those timepieces cost over $100,000, but the most entertaining watch story goes to CycoPablo, who spent a total of $10 and, as you will see, probably overpaid (note the classy “TWIM CAM” print on the wristband):

It was the best of watches.
It was the worst of watches.
…
The year was 1993. I was at a work-related function on a Friday night in Fremantle, Western Australia. I’d had a few drinks, comfortable in the knowledge I didn’t have to drive that night.
My 1988 CRX was back in the work car park.

Mugen Power. I had to have it!
Long story a little shorter, this POS watch cost me 10 or 12 dollars. Something ridiculous anyway. The buttons on the left of the case are fake. What some think is a solar collector at the top is just faceted plastic. It’s the most basic digital watch you can get.

But at the time, I loved it. I wore it proudly for 3 years, alternating with my Swatch — which I also still have — until the battery died.

It lived in a little box until I removed it today to photograph it. Call me sentimental, but I think it deserves a new battery.