QotW: What’s was the moment you fell in love with JNCs?

There were several moments for me, but the first was a photo of a Toyota 2000GT found in the magazine rack of a Skaggs Alpha Beta in Texas circa 1989. Young me had thought Corvettes and Countaches were the be-all and end-all of performance cars, and if a mainstream carmaker like Toyota had built anything similar, surely I would’ve known about it, I naively believed. And yet, here was this absolutely fantastic machine that had been hidden in plain sight. I had to know more. That chance encounter started me down a long path of digging up every morsel of information I could about Japanese cars, and here we are today.

What’s was the moment you fell in love with JNCs?

The most entertaining comment by next Monday will receive a prize. Scroll down to see the winner of last week’s QotW, “What modern car will be a collectible JNC 25 years from now?” 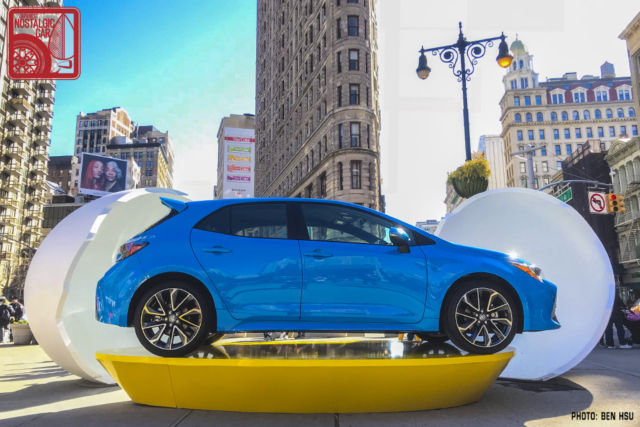 We loved the responses to last week’s question, which gave us left-field candidates that made us think (like Banpei‘s pick of the Toyota Mirai or Jeremy A.‘s Honda Element or Brandon‘s Honda CR-Z), great sleeper choices (like Alexander‘s FK2 Civic Type R or CobaltFire‘s Lexus GS F), compelling answers to expected selections (GSX-R35‘s Infiniti G35 or Yuri‘s BRZ tS), and even presumably joke nominees that made us lawl (mel‘s Eclipse Cross). The winner this week, however, was Ken Lim, who made us consider a car that we would’ve never picked ourselves:

I see that many had suggested sports cars, high performance cars, special/unique cars like the S660 and FJ Cruiser. It seems that many had overlooked a common nameplate that existed so long in the history of JNC. Not something special here but a bread and butter product for the largest Japanese car manufacturer. Yes, it is the Corolla itself.

The current 2019 E210 Toyota Corolla will definitely leave a mark in the long history of Corolla. Why do I said so? This new Corolla had brought back a lot of forgotten traits and characteristics of old Corollas.

Emphasis on performance is another unique point for this 12th generation Corolla. The automatic rev matching system is a first for the Corolla lineup and the independent rear suspension setup makes a return to the Corolla since the E110 generation. Corollas made after the E110 had been shying away from performance and I don’t think anyone expected the latest E210 Corolla will come with these features. Although not related to performance, the old Corolla emblem also made a return in this new Corolla.

With all these returning features that pays homage to the older Corollas, I’m quite sure that the E210 Corolla will be remembered as milestone in the Corolla lineup.

16 Responses to QotW: What’s was the moment you fell in love with JNCs?