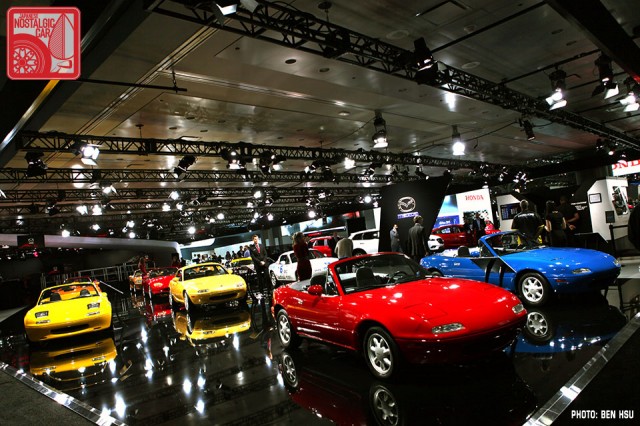 Fairly or not, many JNCs are labeled “chick’s cars” because they are compact, sport inoffensive designs, and embody performance in ways more civilized than spewing a boatload of HP. Besides, what’s so bad about being a “chick’s car” anyway?

We are just a couple days from the unveiling of the fourth-generation Miata, a car that by all indications seems to be a throwback to the original MX-5. Mazda’s little roadster has become the best-selling sports car of all time, but perhaps more importantly, in recent years it has reclaimed its image as a serious sports car and shed its early reputation as a chick-mobile. If the Miata is a chick’s car, then chicks have great taste.

What say you, dear reader? As always, the most entertaining comment by next Monday will receive a prize. Scroll down to see the winner of the last QotW, “What Japanese car did we get the better version of?“ 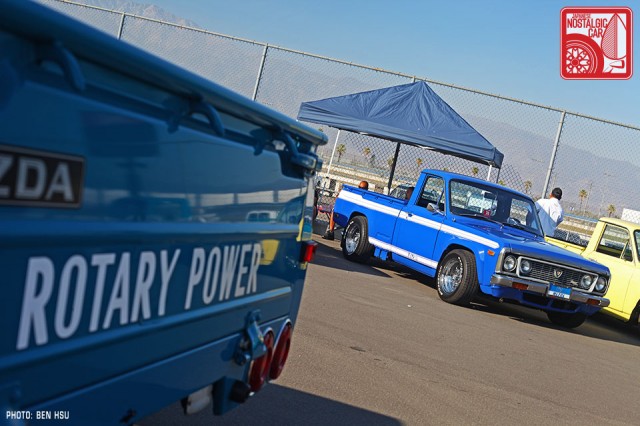 Though many thought the US got the ultimate rotary truck, gaijinshogun had the most entertaining version of the answer.

I want to say one word to you. Just one word.
Are you listening?

Let’s take a basic truck, stick in the most exotic high revving torqueless engine around, slap on some huge tires and overfenders, put in a slick interior….and wait, don’t forget to add a tach. Just make it fast and forget about gas mileage.

You taking about the kid down the street building what again? NO No no….this is the 70’s. I’m talking about a factory built truck.

Don’t you think that idea is a little half-baked?
Oh no, son, it’s completely baked.