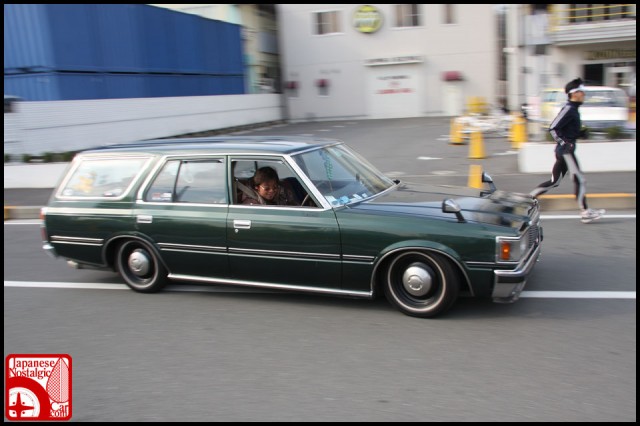 The Venn diagram of JNC readers and wagon lovers has a pretty big overlap, and it’s easy to see why. Both types of cars are practical, a lost art among automakers today, and Japan is one of the few places on Earth you can routinely see wagons as something other than family haulers. That is way we can scarcely believe we’ve never asked this before:

I’m biased towards Cressidas because I own one but many may not know the reason why. In about 2005 I was walking along Route 246 through Tokyo’s upscale Aoyama Itchome district (The street was made famous in Gran Turismo as the long straightaway passing Honda headquarters in the R246 circuit). It was late and there wasn’t much traffic. That is, until a raucous straight-six roar blasted through, echoing off the skyscrapers. I turned, expecting to see a Supra or Skyline but was instead treated to the vision of a dark blue Toyota Crown wagon much like the one above, dropped millimeters above the pavement, scream through the high-rise canyon. I came back to the US and bought the closest thing I could find, an MX72.

What say you, dear reader? As always, the most entertaining comment by next Monday will receive a prize. Scroll down to see the winner of last week’s QotW, “What JNC tuning trend needs to stop now?” 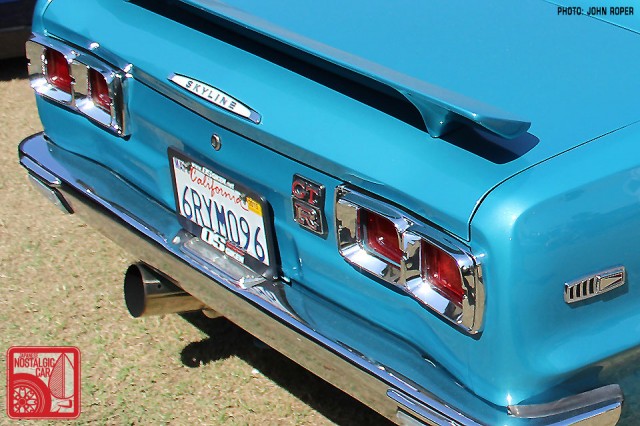 We received several metric buttloads of cogent arguments last week, from Mr. Northcove‘s anti-purism stance to PhoebeGoesVroom‘s anti-stance stance. There were even great comments on other comments, like Serg‘s response to Mr. Northcove. Unfortunately, none of this matters because there isn’t ever one “most right” answer. That’s why we go with the most entertaining, inspirational or well-written answers, and for that, Sideglide‘s verbal pogrom against large stickers was pretty incredible. Ironically, his prize would’ve been more stickers. In the end, however, it was Chris who won the week with his chuckle-inducing rant against badging.

Intentional incorrect badges on a car. Is your car really a GT-R? No? Then take off the GT-R badge. Look. Your car doesn’t have to be the highest variant. It can still look amazing without pretending to be something it’s not. To me it seems as ridiculous as me hanging a sign on my wife that says super model. Nobody is going to mistake her for being a super model (GT-R), so the sign (badge) looks stupid. Take the sign (badge) away and she is still beautiful and others will agree that she is attractive, but that the girl a few rows down is a real “GT-R”.