QotW: What’s the biggest hurdle to keeping your JNC nice?

It’s a myth that southern California is really good to cars. Sure, due to the desert climate old cars don’t rust (unless you live near the beach), but you can always fix rust if you’re determined enough a welder. What you can’t fix is the sun, and how it absolutely fries the brittle, vinyl-wrapped interiors of brittle, old Japanese cars. And it’s a lot harder to fix old dashboards, upholstery with intricate little embroidered logos than metal, and foam cushions that crack and turn to powder.

However, that’s a probably largely unique to the southwestern US. Depending on where you live, the issue could be the lack of parts support from OEMs, bad drivers, Honda thieves, or any number of phenomena constantly threatening your vintage car.

What’s the biggest hurdle to keeping your JNC nice?

The most entertaining comment by next Monday will receive a prize. Scroll down to see the winner of last week’s QotW, “What tuning house demo car do you want to own?” 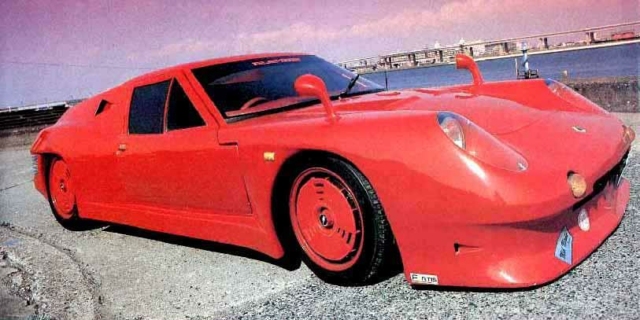 The range of tuner shop project cars is so diverse that there cannot be any one correct answer. Of course there were legends like Lee L‘s choice of Top Secret V12 Supra, Shaiyan Hossain‘s pick of an RE-Amemiya FD, or Ellis‘ vote of Mugen’s EA Sports Civic Special. It would also be wonderful to own Lupus‘ selection of the Hosoki S130 or Nigel‘s nomination of anything Mizuno or Biko Works. And Brycen Phillips‘ nomination of the Rocky Auto RB-powered S30 or Hachi_Rogue‘s selection of the Top Secret Celica give proper respect to modern builds of pre-tuner era JNCs.

We almost gave the win to those who actually expended efforts to save a famed car, like Kiki‘s Odula FD and F31Roger‘s Project Car M30. RX626 got even closer for creating a debate over whether a car like the Art Factory Del Sol is good for or detrimental to the JNC scene. In the end, Hachibrokeyou‘s nomination of one of Japan’s most unexpected (yet completely proper) in-period builds won the week.

The RE Amemiya Lotus Europa. N/A 20B engine, mated to a trans-axle with all the lightweight simplicity of a lotus. Its the perfect car for a wankel and its fun to see a Japanese touch on a European chassis.

16 Responses to QotW: What’s the biggest hurdle to keeping your JNC nice?