QotW: What’s the best use of a JNC in cinema?

Recently around the ol’ JNC water cooler, we had a discussion about movies that contained excellent scenes of Japanese cars. We’re not talking random fillers but, cars that served to enhance the character’s persona. We asked a similar question in May 2012, and an office favorite was The Wolf’s NSX in Pulp Fiction, where the producers could have made a more cliché, on-the-nose pick (like a Jag or something) but went Japanese instead.

But that was over seven years ago and there’s been a lot more movies (and cars that have fallen into the 25-year threshold of classic-dom) since. In September of that year, for example, Looper was released, in which Joseph Gordon-Levitt’s hit-man from a dystopian future kept an NA Mazda Miata as a collector’s car.

What’s the best use of a JNC in cinema?

The most entertaining comment by next Monday will receive a prize. Scroll down to see the winner of last week’s QotW, “Will the sport compact style make a nostalgic comeback?” 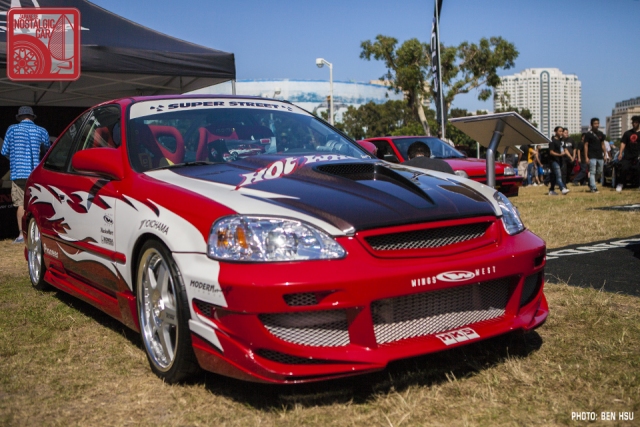 We received a tremendous variation in answers from last week’s question, both positive and negative. Nick says they’re already making a comeback. F31Roger fondly remembers the scene from the Y2K era and yearns for a comeback. The aptly named R.I.P. Paul Walker emphatically wants it to stay dead. Peter Safonov had an interesting take, saying that the look has already been adopted by manufacturers in the form of wings and scoops on production cars. Doctah Jones almost won it with a comment that said the exact look will be relegated to the past like wizard vans, but a reboot with some of the more extreme aspects toned down might be possible. Ultiamtely, it was Streetpunk64 who won the week, saying:

Many of the parts will likely never be offered again. (like my strobe light up side mirrors in the box from an ad in Super Street from 2002. Or my lighted exhaust tips from APC.

Guys are trying to replicate the style. Love it or hate it is still around and I believe there will be a few hardcore builders. Kids who grew up watching F&F never had a chance to join in. Now they are in their 20’s and want what they never had the opportunity to get.

For me it was old custom Vans. When I was a kid you would see them all painted up with everything from Elvis to John Wayne (it was the times) In less then three years they were gone.Remember by the time I started to drive would see them in junk yards. To find an authentic build that hasn’t been left in the elements you will pay up. To find one and build from the ground will take more $$ to source the old school parts.I priced porthole windows recently new old stock for under a grand. New they were $69. That will soon be true for a rice build. I am getting ready. I have a carbon fiber hood for an EF.!

14 Responses to QotW: What’s the best use of a JNC in cinema?